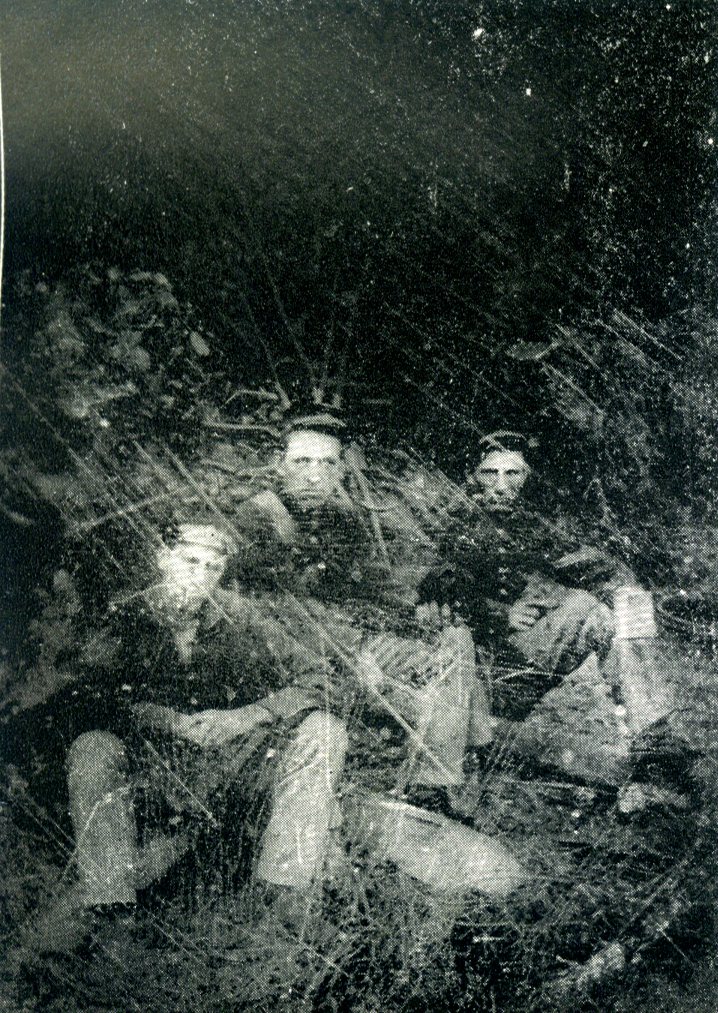 JAMES N. BURN was a Highgate boy and enlisted from that town August 25th, 1862 and joined Company K on the day of its organization, September 11th, 1863. James was 28 years old, but did not look or appear one day older than 20, only for the red, grizzly mustache that covered his upper lip. He was a happy and jovial, good natured fellow, and was in for fun and a good time whether on the march, in camp, picket duty or elsewhere.

He was born in Highgate, and was a farmer working out by the month among his neighbors when he volunteered. His early surroundings were quite unfortunate, and he grew up without the advantage of a common school education. He was a first class soldier, and' was on hand and full of fight at Gettysburg. I know of course that he tented part of the time with Hi Smith and learned some of his ways of finding things when hungry and dry. James was sent to Vermont on account of sickness and might have been discharged had he asked for it, but he returned to the regiment in March all right, and took his place and did good and valuable service until the end and came home with the regiment, and was mustered out July 21st, 1863.

Since his discharge he has lived in his native town all of the time, was never married but for many years has lived alone, kept a shop, repairs wagons, sleighs and such work. He is respected by all, is a happy old batchelor and his many friends will some day miss him when his little home and shop are forever closed. A brief sketch will be found on page . . . (see roster) written up by his life long friend. Comrade Meigs, also a picture with others of his comrades in the same cut. Page 419.