Camp, Lyman L., of Elmore, son of Abel and Charlotte (Taplin) Camp, was born in Elmore, June 10, 1838. Of English descent, his grandfather served under Israel Putnam. His father, Abel Camp, a life-long citizen of Elmore, three times represented his native town in the Legislature.

He was educated in the public schools of Elmore and at Barre Academy and then worked for a time on farms in Wolcott and Barre. After his return from the war he bought a farm near that of his father, and in 1889 came into possession of the old homestead.

A Republican in politics, he has repeatedly held many important town offices, and represented Elmore in the Legislature. He was also a member of the advisory council on farm culture and cereal industry at the World's Exposition at Chicago.

In June, 1861, Mr. Camp enlisted as a private in Co. E, 3d Regt. Vt. Vols. He was with his company in the skirmish at Warwick Creek near the old historic field at Yorktown. He afterwards participated in the battles at Williamsburg, the seven days' fight, battle of Savage Station, second and third battles of Fredericksburg Heights, Salem Church, Funkstown, Brandy Station, Antietam, Wilderness, Spotsylvania, North and South Anna, Cold Harbor, and Petersburg. He was twice hit, but not wounded, luckily escaping unharmed in all these contests. He was discharged July 27, 1864. Mr. Camp is a member of the J. M. Warren Post, No. 4, GAR of Morrisville. 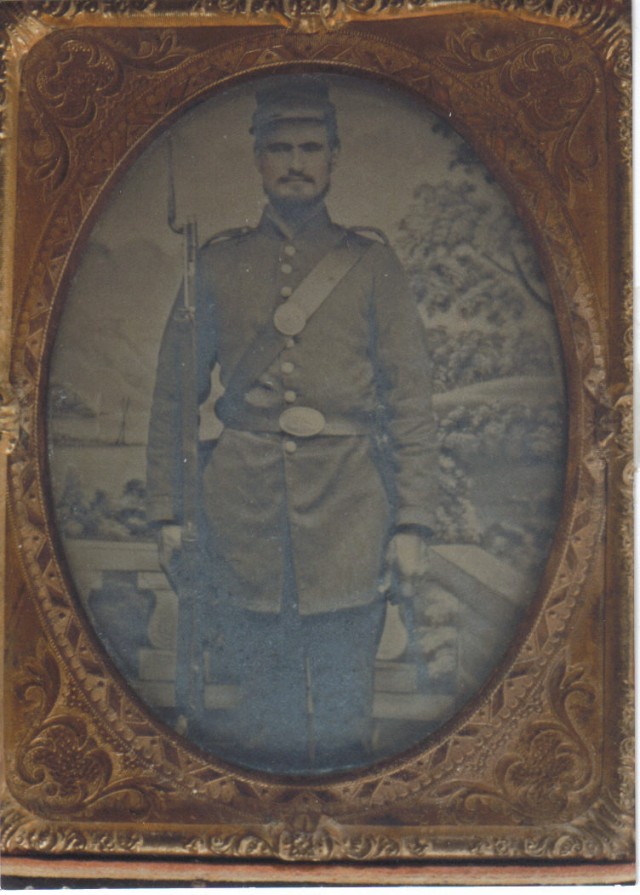 Lyman L. Camp Dies At His Home In Morrisville

Lyman L. Camp, one of Morrisville's oldest and most highly esteemed residents, died at the Camp home on Pleasant street Wednesday evening of last week, having been confined to his bed about five weeks. He would have been 88 years of age had he lived until June 10.

Funeral services were held from the Methodist Episcopal Church Sat. afternoon at three o'clock, preceded by a prayer at the home. The Rev. W. J. McFarlane, pastor of the church, officiated. Interment was in the family lot in Riverside cemetery. The bearers were from J. M. Warner Post, S. of V., and were Henry Hall, G. H. Prior, H. H. Farr, A. N. St. Louis, L. D. Gilbert, and W. F. Sanders.

The deceased was the last survivor of a large family of children of Abel and Charlotte (Taplin) Camp. He was born in Elmore, June 10, 1838. He received his education in the Elmore schools and Barre Academy.

In June, 1861, Mr. Camp enlisted in Co. E. Third Regiment, Vermont Volunteers, where he served with distinction until receiving an honorable discharge in 1864. He took part in many battles, but was never wounded.

He was married March 19, 1868 to Harriet E., daughter of Thaddeus and Miranda White of Wolcott. Four children were born to them, Elmer E. of Morrisville, Mary Gertrude (Mrs. Henry Puffer) of Richford, Abel Newton and Lucy deceased. After his return from the war he bought a farm near that of his father in Elmore and lived in that town continuously until moving to Morrisville 21 years ago. During his long residence in Elmore he held many important offices, including town treasurer for many years, and represented Elmore in the State Legislature.

He had been a member of the Methodist church since he was 16 years of age, both Mr. and Mrs. Camp taking a letter from the Elmore church when they moved to Morrisville. He was also for many years an active member of James M. Warner Post, GAR, and held the office of quartermaster for some time.

Possessed of a fine intellect and a noble Christian character he was held in the highest esteem in the community, where he will be greatly missed.

Among those from out of town to attend the funeral were Mr. and Mrs. Henry Puffer and daughter, Mrs. John T. Jenney of Richford, Mr. and Mrs. Elmer Lyons of Ayers Cliff, Canada, and Newton Camp of Woodsville N.H.