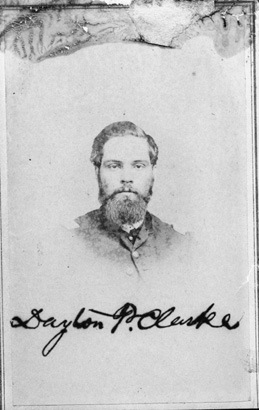 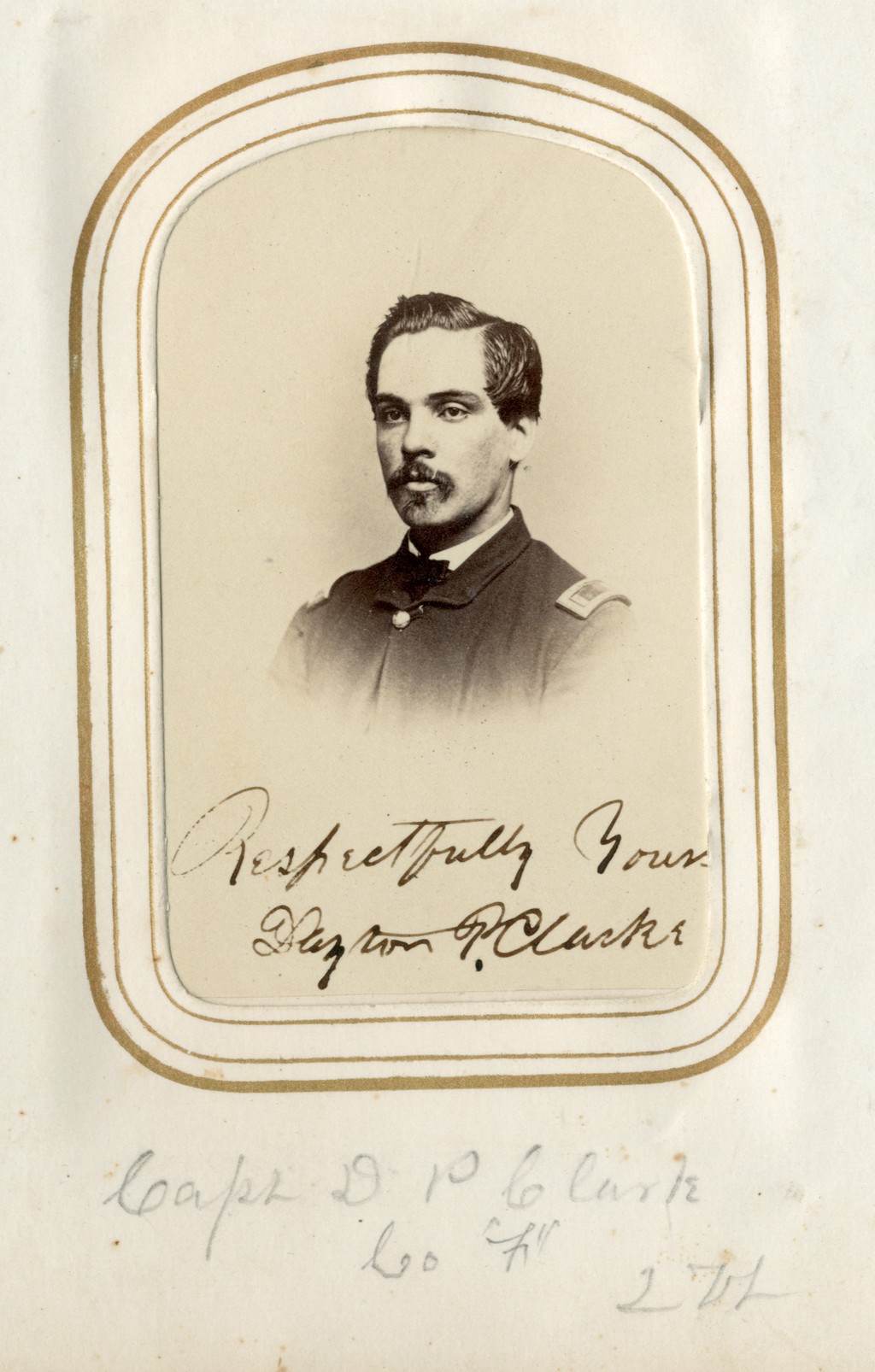 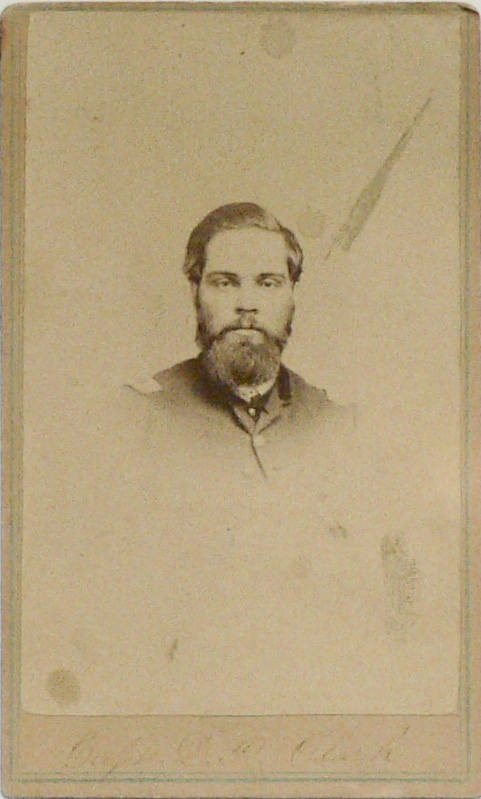 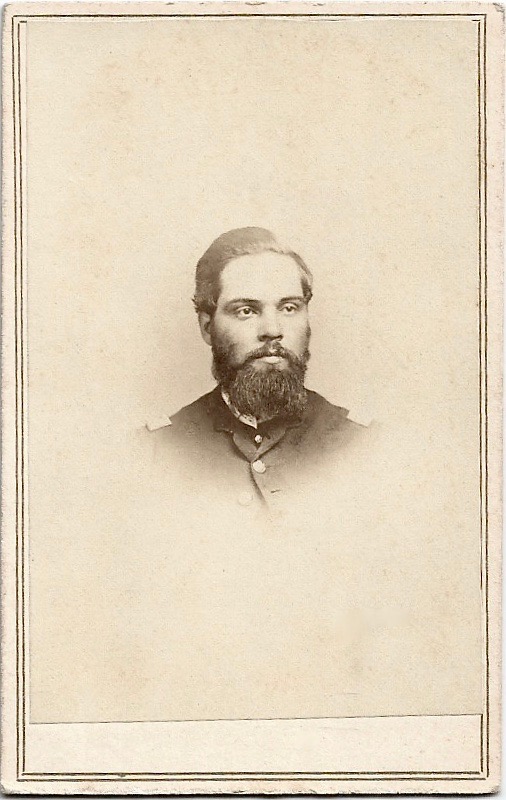 Captain Dayton Clark, who is engaged in the painting business in Montpelier, and is one of the honored veterans of the Civil war, was born in De Kalb, St. Lawrence county, New York, December 15, 1840, his parents being Leonard E. and Calistia (Warner) Clark. The father was born in Vermont and was a son of Jedediah Clark. Upon the home farm he was reared, and after arriving at years of manhood he wedded Calistia Warner, a daughter of Luther Warner. The young couple then removed to New York and settled in the midst of the forest, where he cleared a tract of land and improved a farm, spending his remaining days thereon. He passed away in 1876 at the age of sixty-five years, and was survived by his wife for about twenty years, her death occurring in 1896, when she had reached the age of eighty-five. They were the parents of three sons and one daughter: Elliott, who is now living in New York; Ethan A.; Dayton; and Laura

When Captain Clark was a boy of twelve years he was apprenticed to learn the painter's trade, serving a term of three years. He afterward worked as journeyman and also further continued his education by attending school for a time. Through the winter months, when there was little doing at his trade, he engaged in teaching for three years. In 1861 he came to Montpelier and not long after this the Civil war was begun.

Mr. Clark had watched with interest the progress of the trouble between the north and south, and had determined that if the slaveholders should attempt secession he would strike a blow in the defense of the Union. He was therefore among the first to respond to his country's call for aid, and enlisted on the 20th of June, 1861, as a member of Company F, Second Vermont Volunteer Infantry. He was with the Army of the Potomac, and took part in many hard-fought battles, among which may be mentioned the engagements at Bull Run and those of the Peninsular campaign under General McClellan. He took part in the two battles of Fredericksburg and also met the enemy at Chancellorsville and Mary's Heights, being wounded in the leg at the last named place, his injury disabling him for duty for three months. Later he participated in the battle of the Wilderness, of Spotsylvania, where he was in command of his regiment, and in reward for his bravery Congress awarded him a gold medal. Few of the large number of the soldiers of the Civil war were thus honored, but Captain Clark well merited this distinction. On the organization of his company he had been made corporal and later was promoted to sergeant and subsequently to orderly sergeant. In January, 1862, he was commissioned first lieutenant of Company D, and on the 17th of November, 1863, was promoted to the rank of captain, serving in that capacity continuously until the close of the war. His promotion came in recognition of his loyaltv and his meritorious conduct on the field of battle. He was an excellent officer, maintained good discipline among his troops, and at the same time commanded their confidence and respect. He also enjoyed the confidence and good will of his superior officers, while he never recklessly exposed his men to danger, his own valor inspired them many times to deeds of bravery worthy of the highest commendation.

In 1867 Captain Clark again became identified with the business interests of Montpelier, where he has successfully engaged in the painting trade since that time, enjoying a large and lucrative patronage, so that he is continually busy and much of the time employs a number of workmen. It was on the 11th of September, 1865, that he made preparation for having a home of his own by his marriage to Miss Mary Kent, a daughter of William and Martha (Kingsbury) Kent, of Brookfield, Vermont. This union was blessed with two daughters, Laura and Grace M. The Captain has served as a selectman, also as constable, continuously and capably filling these positions through a number of years, and in 1883 he was enumerator of the census. His political support has always been given to the Democracy, and socially he is associated with Brooks Post, G.A.R., thus maintaining pleasant relations with his old army comrades who wore the blue. His religious faith is indicated by his membership in the Unitarian church.

Montpelier, Nov. 11. -- Captain Dayton Perry Clark, a resident of Montpelier for 50 years and the second veteran of the Civil War to died this week, died Wednesday evening at Heaton hospital where he was taken a week ago suffering from intestinal trouble.

Captain Clark was born in St. Lawrence county, N.Y., December 13, 1840, but came to Montpelier in his 'teens and when the war broke out between North and South was one of the first to enlist in Company F, Second Vermont regiment. He enlisted as a private but promotions came rapidly and he was mustered out in June, 1864 as a captain. He was awarded a medal by an act of Congress for gallantry shown at the battle of Spotsylvania when his three superior officers wre killed and he took command of the regiment.

A month after that engagement he was shot through the hip and returned to Montpelier. He was a painter by trade, being in business for many years in this city. Five years ago he fell from a house on which he was employed ans suffered severe injuries which left his health impaired.

Two months ago yesterday, September 11, 1915, Captain and Mrs. Clark observed their golden wedding anniversary, having been married in Montpelier by the Rev. Eli Ballou in what is now the Montpelier House. He is survived by his wife and two children, Miss Louie Clark of Brandon and Gracy May Clark of this city, and one sister, Miss Laura Clark of Syracuse. N.Y.

The funeral will be held to-morrow from the house at two o'clock, the Rev. L. C. Carson officiating.