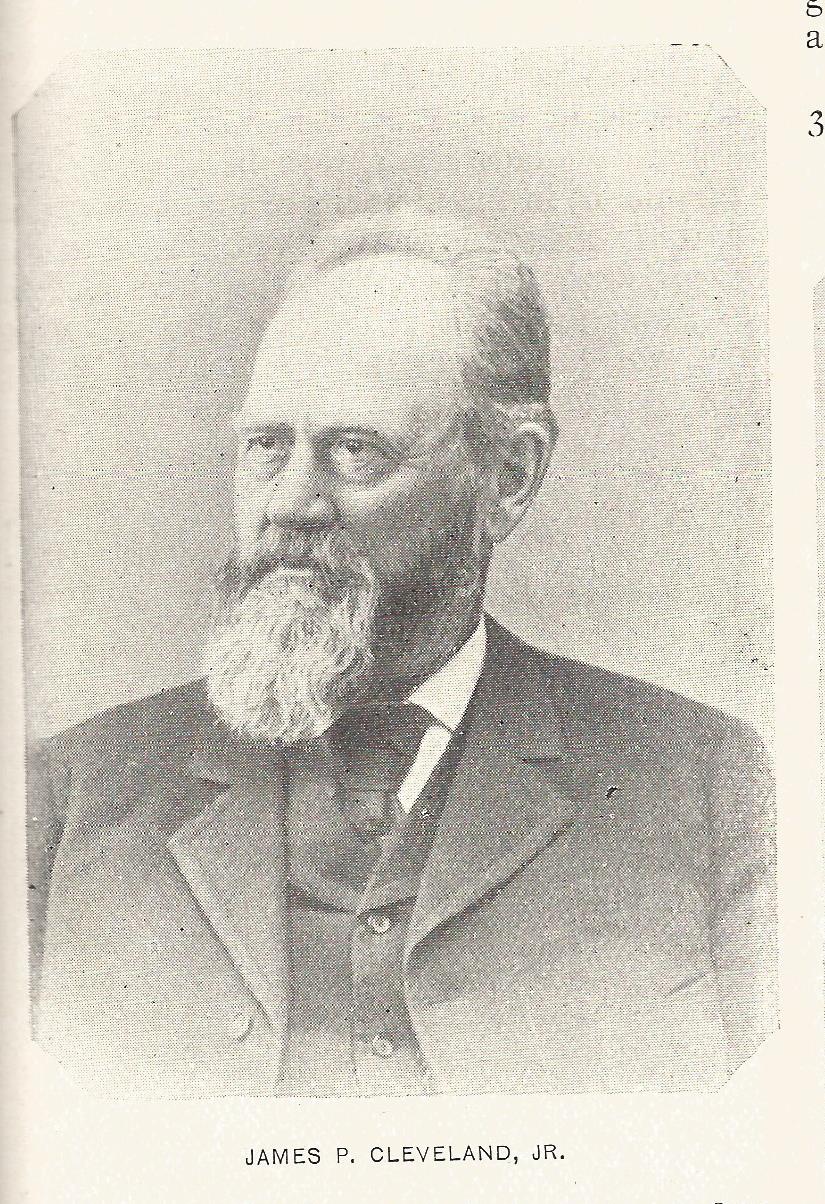 His father, James P. Cleveland, Sr., is still living, at the age of ninety. Very many years ago he joined the Masonic fraternity, of which he is believed to be the oldest living representative in the state of Vermont. James P., Jr., removed to Braintree in 1845, and until 1880 followed farming. At that time he removed to West Randolph and has devoted himself to life, fire and accident insurance. He has also engaged in settling several estates, and frequently acted as guardian.

A member of the Republican party, he has been appointed both deputy and sheriff of his county. He was enrolling officer in 1863, and assistant judge in 1878-'79, and was elected a member of the Legislature in 1876-'77. Enlisting as a private in Co. F, 12th Regt. Vt. Vols., he was elected 1st lieutenant, and served nine months for the regiment. He was a charter member of U. S. Grant Post, No. 96, of West Randolph, and has belonged to the Masonic order more than thirty years, and held the position of Worshipful Master four years, and treasurer twenty-five years. He is also a charter member of Randolph Lodge, No. 48, I. O. O. F.