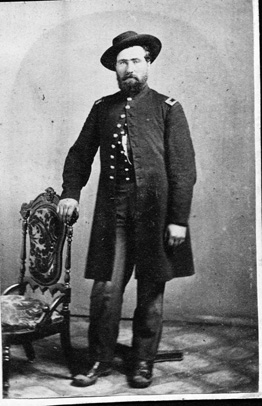 Daniel Clough, one of the oldest residents intown, died yesterday after a long period of ill health, followed by a few days of serious illness. Mr. Cloyugh was a veteran of the Civil war and is survived by his second wife and one granddaughter, Miss Ella Welch of Framingham, Mass.

BETHEL -- The funeral of Daniel Clough whose death occurred here on Thursday afternoon was held Saturday, Rev. H. A. Parkhurst officiating, and interment was in Cherry Hill cemetery.

Mr. Clough had been with asthma for years, but his last sickness extended over several weeks. Mr Clough was born in Bath, N. H., and had reached the age of 84 years, but since 1847 his home has been in this town, where he worked at the trade of blacksmith on the Central Vermont railroad, then in the process of building, after which he purchased a farm, and continued in that work the greater part of his life.

He enlisted in Company A., 16th Vermont, organized in Bethel, and was first lieutenant of the company. He re-enlisted in Company E., 17th Vermont, and was in the battle of the Wilderness, and Spotsylvania. He was wounded, and a prisoner of war for three months. . Mr. Clough served his town as selectman, justice of the peace. and, at one time, Democratic candidate for representative. He was also a member of the White River lodge of Masons, and at his request the burial service of the order was observed at his funeral.

He was survived by a wife, a son, Fred Clough, of Mechanicsville, N. J., and a daughter, Mrs. Elva Carpenter of South Framingham, Mass.