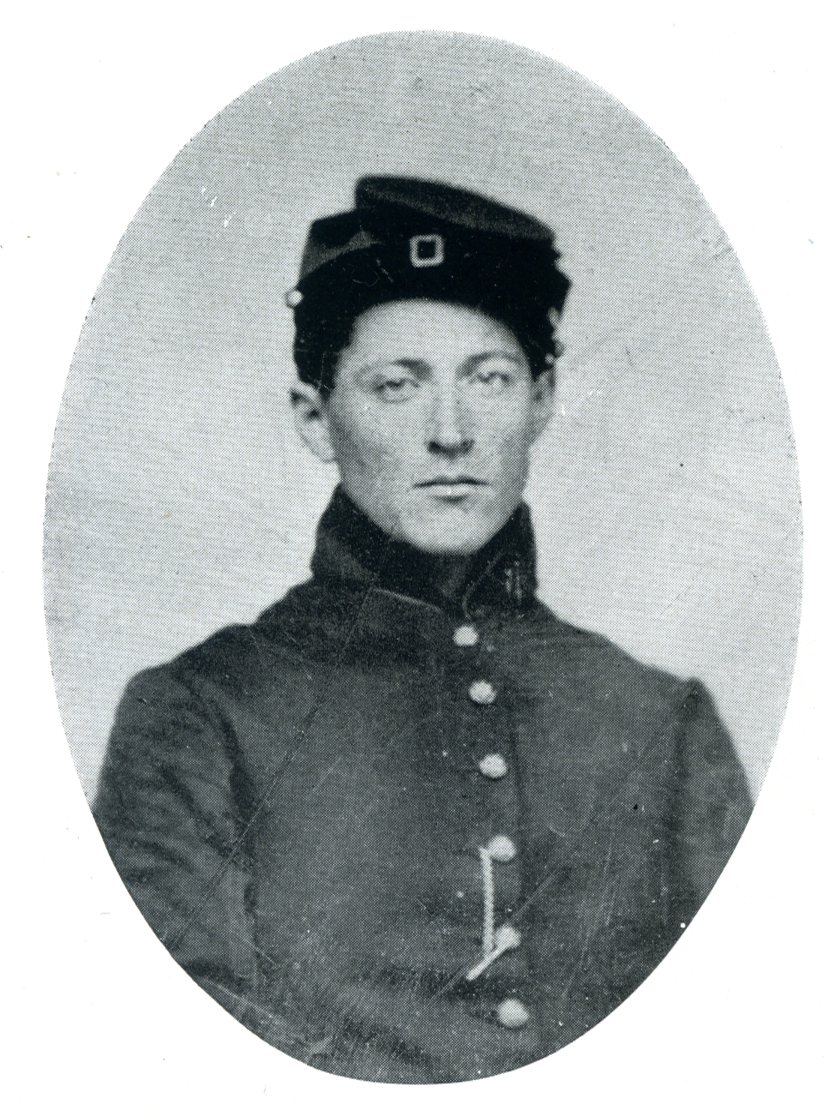 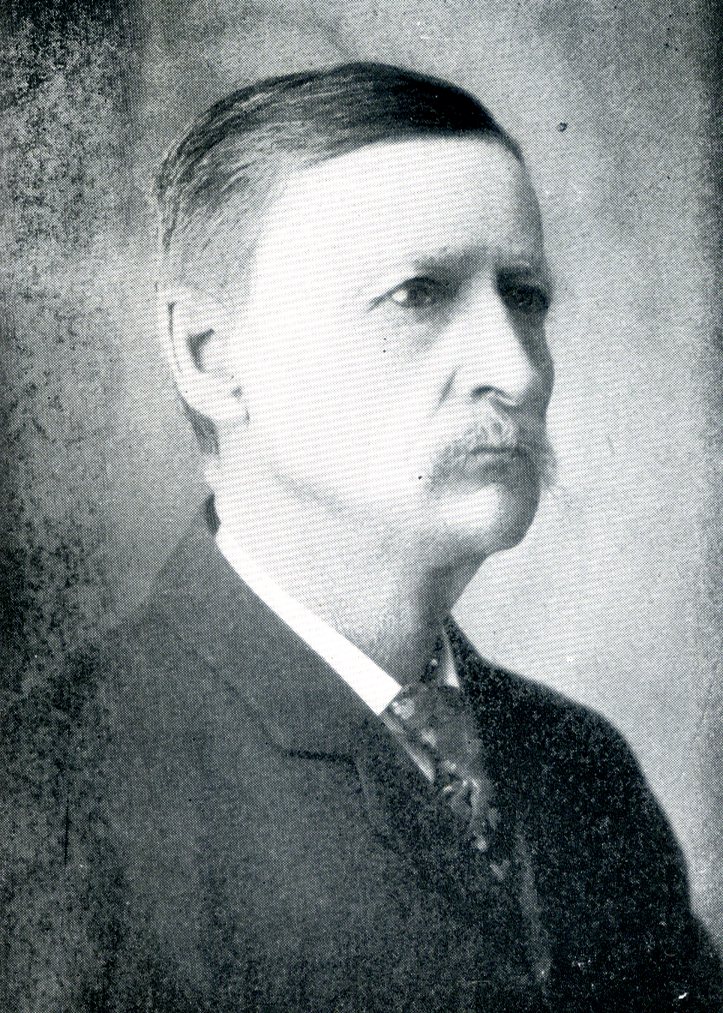 MYRON C. DORMAN volunteered from the town of Swanton about August 25th, 1862, and joined the Highgate Company at the date of its organization. His age at this time was 20, and a single man, full of life, and with a strong desire to serve his country in the then pending conflict. He was born in 1842. Young Dorman belonged to an old and influential family of his native town, and he had been well brought up with the advantages of a district school and academy of his native town. He was an only son of a doting father and mother, who feared that he would not return, and yet being patriotic and realizing the urgency and absolute necessity for soldiers to fight the battles for the cause of freedom, the right, and preservation of the Union of States, would not say no, and gave their consent for their only son to go into the army, though in tears and sorrow. Young Dorman's grandfather, the Rev. Eben H. Dorman, was the first settled pastor of the Congregational Church of Swanton, being duly installed January 13th, 1825, and continued as such until December, 1855, and on account of failing health was compelled to ask for a release and was dismissed with the title of Senior Pastor. He raised up a large and influential family of sons and daughters, one of which, Dennison Dorman, was the father of Comrade Myron C. Dorman. The above facts are mentioned to show the moral and educationel advantages that surrounded Comrade Dorman up to the date of enlistment. His home was happy and attractive and his father well to do and a prosperous farmer. Myron's heart was stirred with the spirit of devotion and gladly accepted the opportunity to volunteer into the army and go with his friends. He seemed to enjoy the outdoor and novel life of camp, drill, picket and march. Its freedom from the restraints of civil life, the constant motion and moving from place to place, the new scenes, the thousands of regiments of cavalry, infantry and other branches of the service that were daily seen moving to and fro mobilizing for active service. Washington and its immediate vicinity where our regiment spent considerable time in October was one panorama of military activity, preparing and equipping for strenuous war. These with the places of interest in and about Washington and on duty as soldiers made it impossible for any of us to be homesick. Dorman enjoyed most of all the splendid specimens of horses caparisoned in gorgeous colors and mounted by fine looking officers dressed according to the branch of service to which they belonged, and at this time these scenes were ever a moving and fascinating picture on every hand and of these sights Dorman never tired. Whenever we started on a march if an empty saddle could be found Dorman was sure to be astride of it, for he liked it better than walking in dust and mud. Comrade Dorman remained with the regiment during its entire term of service and was mustered out July 21st, 1863. For a considerable of the time while he was In the service, he was detailed at headquarters and had charge of the horses of the Peld and Staff officers, quite a responsible and important duty, for horses must be carefully cared for at all times, otherwise they could not endure the hard usage and exposure attending the service. He was with us on the march to Gettysburg and manfully performed his full duty. Since the war until a few years ago. Comrade Dorman has followed farming and the handling of horses. One of the best and most valuable ever owned in Vermont, Lambert, was the property of Comrade Dorman. He has lived in Swanton village for a number of years last passed. He married Miss Alice Bullard, a younger sister of the wife of Captain George G. Blake. They have three children, two daughters and one son. The oldest daughter is the wife of Andrew Anderson, a local pharmacist of renown. Bell, the younger daughter is still single from choice. The son is married, and is on a coffee plantation in old Mexico accumulating dollars for old age. Should you be interested to see how Comrade Dorman looks you will find his pictures on page 410 of this book.

Swanton, Feb. 7. - Myron C. Dorman, aged 70 years, died yesterday afternoon of pneumonia. He had been a life-long resident of Swanton, where he followed the occupation of farmer until about 20 years ago, when he moved to the village. He was interested in horses and owned many fine specimens. Mr. Dorman was a Civil war veteran, having served with Co. K, 13th Vermont regiment. He is survived by his wife, a son and two daughters.