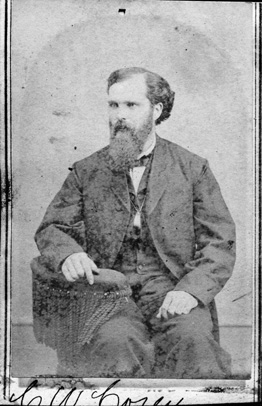 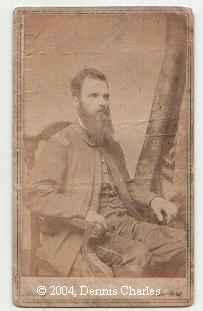 MajorCorey was born in Bridport and in early boyhood he remained with his father on the farm. Being inclined to books he was sent to Barre Academy where he prepared for college. From that time until the breaking out of the war he was for the most part engaged in teaching, a profession for which he proved himself eminently qualified. In August 1862 he enlisted in the 14th Vermont Regiment and was made Orderly Sergeant of Company "D." In April 1863 he was promoted to be 1st Lieutenant of the same company, a position which he held with honor until mustered out on the expiration of his term of service, July 30, 1863. Immediately on his return home he accepted a commission as recruiting officer from Governor Holbrook, and raised a company for the 17th Reg't of which he was commissioned Captain.

This company ("H") joined the regiment at Cold Harbor in time to engage in the last of a series of conflicts with the enemy at that place. From that time until the muster out of the regiment he was identified with it though not all of the time present. He was on detached service during the summer of 1864, serving as one of the board of Inspectors of Hospitals for the State of Maryland four or five months, and after that as a member of a Court Martial in the field. In November he returned to the regiment for duty and served the remainder of the time with it, participating in the siege of Petersburgh and the fierce assault of the 2d of April 1865 when Petersburgh was taken.

During the last engagement the officer in command of the regiment was stunned and temporarily rendered hors du combat by a piece of shell, and Capt. Corey was left in command for an hour or two, during which time he made a brilliant charge which won for him the recognition of a commission as Major by brevet. After the surrender of Lee, the regimant was mustered out of the United States Service and the Major returned to his home in Bridport. Three months later he received an appointment to a clerkship in one of the Departments at Washington where he remained until his death. His remains were brought to Hartford, Connecticut for interment.

As an officer Major Corey was faithful, brave, thorough and competent; as a man he was strong in his convictions, independent in character, earnest in purpose and persevering in effort; as a friend he was faithful and warm hearted to the few intimates whom he admitted to his confidence and friendship, though the number was always limited; as a citizen he was upright in all his dealings, true to every conviction and faithful in every relation. His comrades in arms will mourn his loss most deeply and regret the dispensation which removes him from the prospective usefulness in the world, for which his fine abilities qualified him.

We tender to the bereaved family our most hearty sympathy.