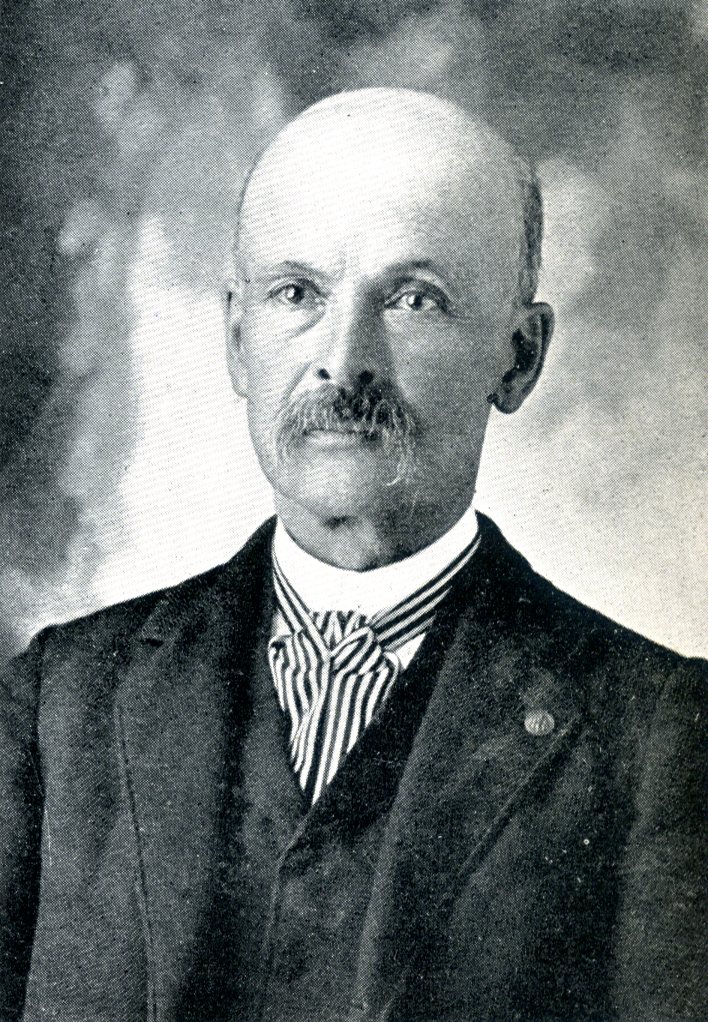 It is with a full sense of my inability that I attempt to give you anything that will be of sufficient interest or worthy of a place in the history of the 13th regiment. Realizing to some degree the difficult task you have undertaken and doubting very much its accomplishment without the co-operation and mutual interest of every survivor, I feel it my duty to assist, to the best of my ability, in making the enterprise successful and interesting to the present and coming generations. With this brief preface I will endeavor to give you in a condensed form my history before and after my enlistment.

I was born in the town of Waitsfield, Vt.. April 21. 1840, where I lived with my parents and attended the common district school until I was twelve years of age. I then commenced to work with my father, learning the carpenter and joiner's trade. I worked with him until September, 1855, when I started out to make my way through this world, working at my trade in Vermont until December, 1859. At this time I went to St. Johns, P. Q., where about two years after, in the fall of 1861, I was admitted as a member of a company of dragoons and drilled as a cavalry man until May. 1862, when we were about to be enlisted and mustered into service; consequently I would have been obliged to swear allegiance to the English government. This 1 could not do; Knowing of the conflict going on in my native land, and believing my duty (and life, if need be) was due to the defence and protection of the old Flag, I made my intentions known to the captain, (who recognized the fact that I was not bound in any way) and without further ceremony I packed my belongings and on the eve of May 6, 1862, reached my old home in Waitsfield. On the 16th of August, 1862 I enlisted in Co. B, 13th Regiment, and served my country the best I could until July 21, 1863, when we were mustered out and I returned home with all the honors of a private. I remained in Waitsfield until August 10, 1863, when I went to Boston. Mass., obtained employment with Chickering & Sons, manufacturers of pianos and stayed with them until Jan. 1869, when my contract with the firm terminated. I then opened a small jewelry and notion store in Watertown, Mass., where 1 soon learned at a cost of $2,000 that I had made a sad mistake; closed out the business and started for a visit to the West. I wandered around the country but after a few months returned to Boston. Soon after I secured a situation with Geo. Woods & Co., Cambridge, Mass., manufacturers of parlor organs, and remained with this firm until 1876. October 12, 1870 was married and made my home in Cambridge. In January, 1874, we were blessed with a daughter who is still with me. April, 1877, we removed to Bristol, Vt., and I engaged with the Bristol Mfg. Co., manufacturers of coffins and caskets, until in the spring of 1880 I severed my connection with this firm to take the position of superintendent with Baer Bros, of New York city, manufacturers of piano cases, with whom I remained until May, 1882. I returned to Bristol and entered into business for myself as dealer in house building materials. In 1888 my health failed and was obliged to sell out my business. In the summer of 1889, having regained to some degree my health, I entered the insurance business which I have followed to the present time.

Thus, my comrades, in a few words I have given you my history, covering a period of sixty-two years. As to my success in life I have but little to say, only that I have in all these years secured a pleasant and comfortable home and a small building and lot on the business street in the town of Bristol; but the greatest success I have made is that I have secured one of those mansions not made with hands, eternal in the Heavens to which I am looking forward with joy; and I recommend to all who have not secured one of those mansions that they do so at once for that is the greatest success any one can attain, ever bearing in mind that we shall pass through this world but once; any good therefore that we can do our fellowman, let us do it at once; let us not defer or neglect it for we shall not pass this way again. I enclose a recent photograph but have none prior to my enlistment. Died at Bristol, Vt., 1904.

J.J. Dumas died at his home in Bristol November 27 after an illness of several months. Burial was in Waitsfield where he formerly lived. He leaves a wife and daughter. Mr. Dumas was a member of Co. B. 13th Vt. Vols., W. C. Dunton Post, G.A.R., Mount Calvary Commandery, Gifford Chapter and Libanus Lodge of Masons, Bristol Encampment and Lodge of Odd Fellows.