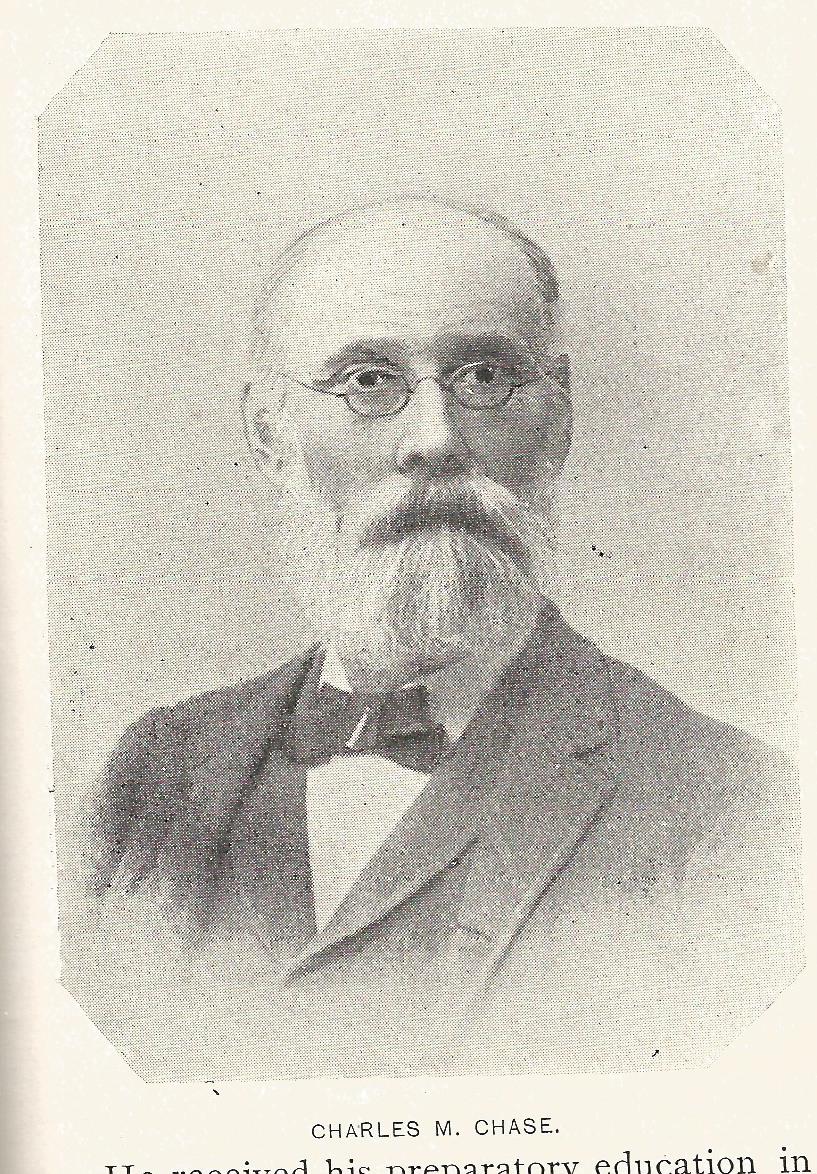 He received his preparatory education in the academies of Lyndon, St. Johnsbury, and Meriden, N. H., and was afterwards graduated from Dartmouth College in the class of 1853. He then pursued his professional studies with President Allen of Farmer's College, Cincinnati, and in 1857 was admitted to the bar in Sycamore, Ill., where he commenced the practice of his profession, at the same time editing the DeKalb County Sentinel and teaching music, thus continuing until the breaking out of the civil war. In 1863-'64 he was in Kansas, a portion of the time employed as city editor of the Leavenworth Daily Times, and having charge of the musical association of that city. For some time he traveled in the state as correspondent of the Sycamore Republican, describing the bloody struggles that took place during the episodes of 1856. In 1865 he commenced the publication of the Vermont Union at Lyndon, which he still continues. In connection with this enterprise he has made numerous trips in Florida, California, the western and the southern states as correspondent of his own paper, one of these trips being published in book form under the title of "Editor's Run in New Mexico and Colorado." The book received numerous compliments from the press and had quite an extensive sale.

During the first years after leaving college, Mr. Chase divided his time between studying law and teaching in Cincinnati, O., having charge for three years of the vocal music department in Ohio Female College and Farmer's College, conducting conventions, giving concerts, etc. During this period he composed different church tunes, which were published in the books of that date and later.

Mr. Chase enlisted in 1861, and had charge of the brigade band of the 13th Ill. Vols. till their discharge at the end of three months service in Southwestern Missouri.

Mr. Chase is Democratic in his political adherence, and for several years held the office of police magistrate in Sycamore. For twenty years he has been justice of the peace in Lyndon. He was the prime mover in securing the charter for the Lyndon Academy and Graded School, being for a long time president of the board of directors. In 1866-'68 he was the Democratic candidate for Congress in the First Vermont District, and was appointed delegate to the national convention of that party in St. Louis in 1876. His ability as a financier has called him to the duties of director in the Lyndon National Bank and the Savings Bank & Trust Co. of St. Johnsbury, of which he has been president since 1891.

He has taken the vows of Free Mason, and is actively connected with the lodge at Lyndon and Haswell Chapter in St. Johnsbury.

The Eventful Career of One of Vermont’s Best-Known Citizens and Most Interesting and Successful Editors.

Charles M. Chase, the veteran editor, and publisher of the Vermont Union died at his home in Lyndon Saturday afternoon after a long illness. His death was not unexpected, for he has been in failing health for years, and for several months past confined to his room, but it is a shock and loss to the community where he was born and where much of his active life has been spent. The immediate cause of his death was heart failure although a complication of diseases conspired to bring about this result. If he had lived until Nov. 6 he would have been 73 years of age.

Charles Monroe Chase was born in Lyndon in 1829 and was the son of Gen. Epaphras B. And Louisa Baldwin Chase. He was educated at the academies at Lyndon, St. Johnsbury, and Meriden, N.H., and graduated from Dartmouth College in the class of 1853. After graduation, he went to Ohio and became teacher of music in the city schools of Cincinnati and Farmers’ college and the Ohio female college. He read law with President Allen at Farmer’s college and in 1857 was admitted to the bar at Sycamore, Illinois. A year later he formed a partnership with Jacob Simons under the firm name of Simons & Chase and practiced law until 1862. He served as police magistrate in Sycamore from 1858 to 1862. While practicing law and teaching music he at last realized that his life work was that of a newspaper editor. He edited the DeKalb County Sentinel until the outbreak of the Civil war. In 1863-64 he was in Kansas, a portion of the time employed as city editor of the Levenworth Daily Times under Gov. Tom Carney, and was called upon to describe, which he did with graphic force, the bloody struggles of those days.

He was the leader of the Sycamore band and took the same into the 13th Illinois infantry, enlisting for three years, but was discharged after three months’ service by order of Gen. Fremont reducing the number of bands in that department. He was with Adj.-Gen. Russell on the morning after the Lawrence massacre and was approaching the burning city over the road taken by the guerillas in their flight. As the genial editor often said in describing the event: ”Nothing but tall running for a place of obscurity avoided contact with that bloodthirsty gang.”

In June 1864 he returned to Vermont and his hometown of Lyndon and Feb. 10, 1865, issued the initial number of the Vermont Union, now in its thirty-seventh year. The Union was Mr. Chase’s life work and no editor was ever more closely identified with his paper. Chase was the Union and the Union was Chase. For years he made a practice of visiting the villages up and down the Passumpsic in search of news items, which he presented each week to his readers in a style unique and entirely his own. He was the originator of the town local feature in Vermont newspapers which in recent years has become the distinctive feature of up-to-date country journalism. His way of dealing with current events could not be imitated successfully. His items were always concise and to the point and his criticisms of men and events always just, for he never dulled a sharp pen by dipping it in venom.

Through the last months of his sickness, even after confined to his bed, he has continued to dictate items for his paper and the day before his death made several suggestions as to the news matter for the issue of the Union, the local columns of which will contain the account of his death and funeral.

Although a democrat, born and bred, Mr. Chase was liberal in his views and in h is newspaper often championed republican candidates. He was a firm believer in and a staunch supporter of the present prohibitory law. He has repeatedly been a candidate for county and town offices on the democratic ticket, his personal popularity always winning him a big vote. He was the democratic candidate for representative to Congress from this district in 1866 and again in 1868. In 1876 he was a delegate to the democratic national convention. He was a member, and a liberal contributor to the support of the Congregational church and society and always interested in the work of the public schools. He was always actively identified with the musical interests of the community. He was a composer of considerable ability and the music of the two hymns to be sung at his funeral was written by him. Among his last musical publications was the “Vermont Union Polka,” dedicated to the brethren of the Vermont press. His keen business acumen made him a leader in the business affairs of the community. He had large interests in New Mexico and other Western points; was one of the charter members of the board of directors of the Lyndon National bank and of the Citizens Savings Bank and Trust company of St. Johnsbury, and was a member of of the board of directors of both these institutions at the time of his death.

He was one of the charter members of the Vermont Press association and the oldest member of the fraternity in active service.

For many years his interests in the South and West called him to those points, and letters during these trips quickly became a feature of his paper and gave the Union a national reputation, for his description of people and places, while possessing all the local flavor, always displayed the master hand of the author. Some of the best of these letters were published in book form in 1892, under the title of “The Editor’s Run and received large sales.

June 15, 1864, Mr. Chase married Miss Lizzie M. Wells of Sycamore, Ill., who survives him. Seven children blessed their union. Two died in infancy. The others are Everett B., of St. Johnsbury; John B. Of Bradford; George A., Jennie W., and Nellie L., of Lyndon, who certainly have the heartfelt and sincere sympathy of the entire community in their peculiarly sad affliction.

The funeral will be from his late residence Wednesday afternoon at 2 o’clock and the interment will be at the family lot at Lyndon Center. Rev. M. A. Farren, assisted by Rev. Sylvanus Haywood of Globe Village, Mass., a classmate of Mr. Chase’s at Dartmouth, will officiate.