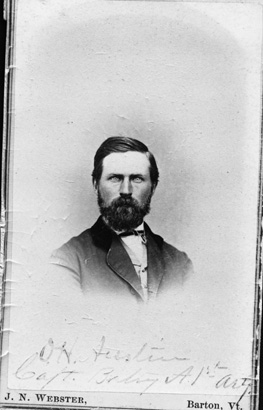 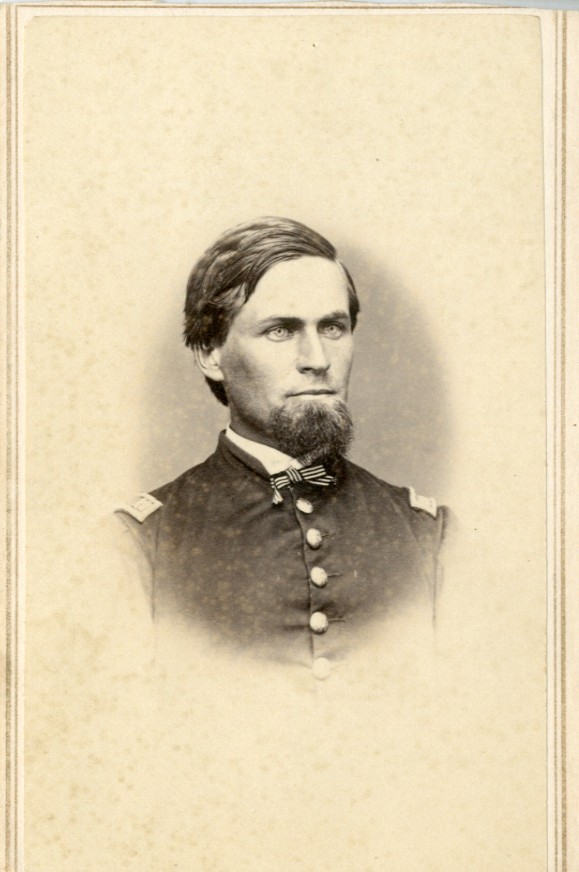 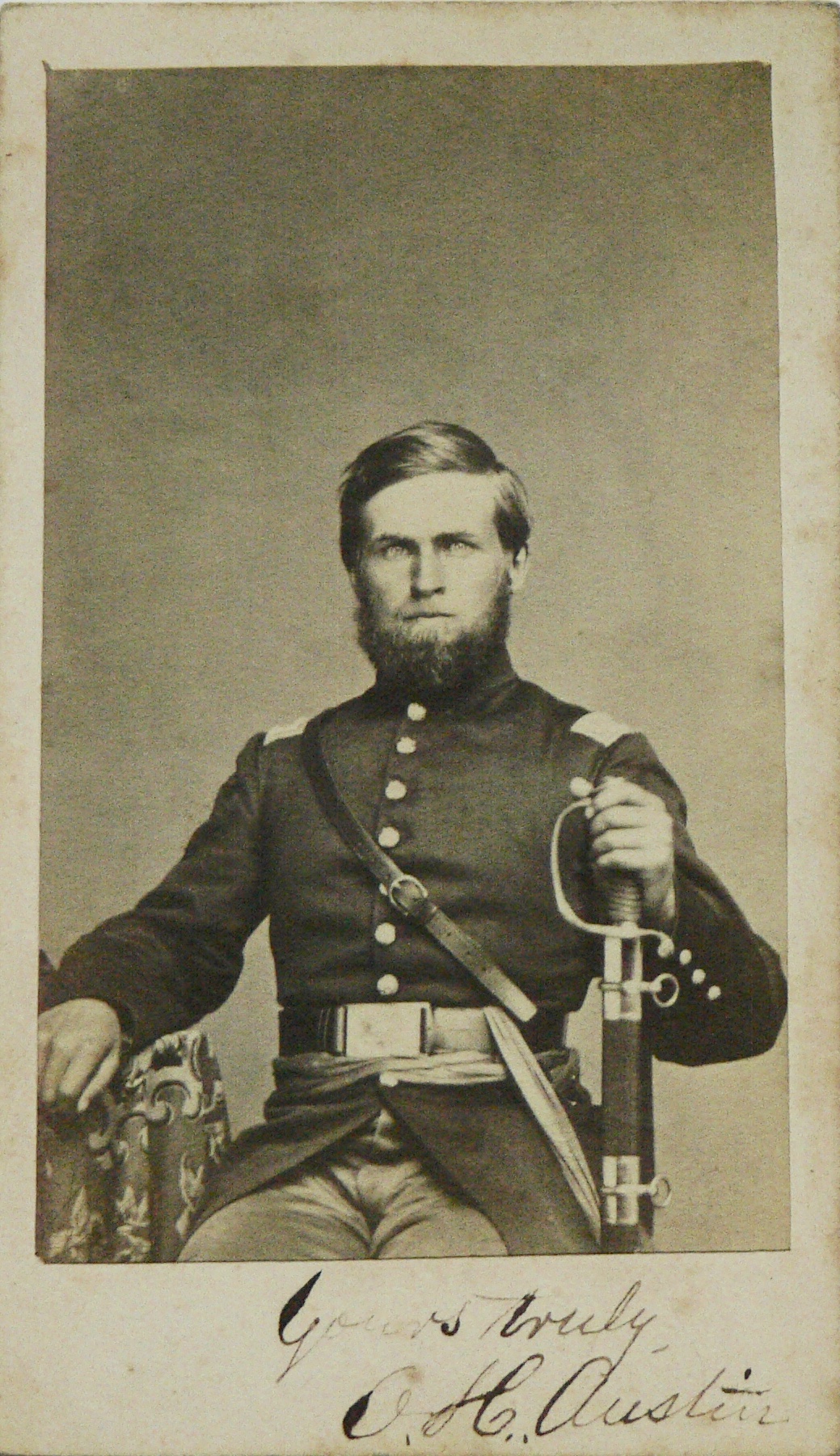 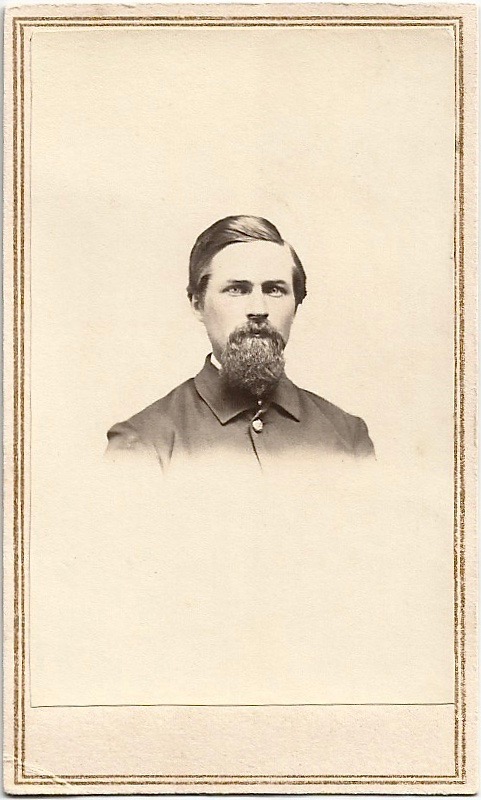 Was born in Eden, Vt., 13 August 1838. His grandfather was one of the earliest settlers of Waterbury, Vt., coming from Connecticut; and his father, Asa Austin, was in the battle of Plattsburgh. His mother, Nancy Gregg, was a native of New Hampshire.

He was fitted for college at Craftsbury academy under A. W. Wild, and in 1859 entered the University [UVM] from Essex. He received his A.B. degree in 1865 and that of A.M. in 1884. Near the close of his junior years (August 1862) he enlisted in Company F, 11th regiment Vermont volunteers, and was chosen second lieutenant; later in the war he was promoted to be first lieutenant, and again promoted to a captaincy. A fearless and efficient soldier, Captain Austin was content with a faithful discharge of duty, seeking neither favor nor promotion. He was a participant in all the battles of his regiment save the assault on Petersburg, but he was more fortunate than the majority, as he escaped wounds. With the many brave boys from his couny and State he fought a good fight and finished his course with honor.

After the war he engaged in mercantile pursuits at Barton Landing. More than once a disastrous conflagration robbed him of much of his estate, but never daunted he rebuilt, and left for others a monument of his perserverance. In 1877 he became partner in a large insurance business. Having studied law during his leisure moments he was admitted to the bar of Orleans county in February 1880, and in November of the following year was appointed judge of probate for the district of Orleans, which position he held until his death in his prime of manhood 15 September 1893.

He thoroughly mastered the principles of probate law and kept abreast of current decisions. Although many close and bitter contests came before him, yet on account of a cool and sound judgment and a firm adherence to justice and law, few appeals were made from his decisions, and his judgments were never reversed.

Source: University of Vermont Obituary Record, Compiled by a Committee of the Associate Alumni, No. 1, Burlingtom, 1895, pages 126-127.

The end has come. For several months it has been felt by all who had watched the condition of Judge O.H. Austin, that a fatal malady had fastened itself upon him, and that his end was near. He has struggled against disease with a strong will and heroic courage, but each week has brought him nearer to helplessness and the grave. He died on Friday last in his own home and among his family and friends, having but recently returned from Peake's Island, Maine, where he went some time previously in the delusive hope that the sea air might restore his strength. He was born in Eden, Aug. 31, 1838. He came of good stock, his father being a soldier in the war of 1812. His grandfather came into Waterbury many years ago. About 1848, Asa Austin, father of Orlo, moved to Craftsbury, where he gave his son such educational privileges as the common schools and academy afforded. He commenced the vocation of teacher early, and in due time, having acquired a college fitting, he entered the University of Vermont, teaching at Brownington academy that fall, 1859. The war of the rebellion breaking out, he left his place in college and enlisted in Co. F, 11th Regt. Vt. Vols. He was chosen second lieutenant, to be promoted during his service to Captain of Co. A, in the same regiment. His career in the army was honorable and his promotions merited. A participant in all the battles of the regiment, except one, he was fortunate enough to escape wounds. Upon his return from the army he decided to locate in Barton Landing and engaged in the mercantile business. Later he formed a partnership with Capt. C.E. Joslyn, and two or three years later, in 1878, the firm was increased by the addition of I.D. R. Collins and J.C. Parker. The new firm added lumber business to their general mercantile business. By fire and other misfortunes the firm suffered severe losses and were obliged to suspend. Mr. Austin lost neither his good name or his courage and soon erected a large building on the site of the ones burned. Again he suffered a great loss in a fire which nearly ruined his new block, but he rebuilt and repaired and went on doing insurance and other business, meanwhile taking up the study of the law. He was admitted to the bar in 1880 and at once became successful in the amount of law business that fell into his hands. In Nov. 1881 he was appointed Judge of Probate on account of the decease of Judge Cushman. He continued to hold the place till the time of his death. He has administered the office to the greatest acceptance of the public, always very courteous and obliging in the matters of court business. A man of great spirits he has labored assiduously for everything that tended to benefit or improve his village. He was prominent in church affairs and for many years was Sunday School Superintendent. He was interested greatly in educational matters; he held the office of school Superintendent some years, and was first president of the Summer School Association. Besides his o business he engaged in various enterprises at home. He was director in the Citizen's Savings Bank of St. Johnsbury, and assisted many in his locality in the matter of money borrowing and lending. Of late he has been engaged in building several houses. Unfortunately he got drawn into the maelstrom of loss with many others in this vicinity in the failure of the Northwestern Guaranty Loan Association, probably suffering pecuniary loss himself, and falling into great mental distress in his last weeks of life over the fact that he had received money from other parties to invest in the defunct concern. Like other men he may have had his faults, but he planned and labored hard all his life for others. His loss will be deeply felt and his death mourned by a very wide circle of friends. Judge Austin married Miss Sophia M. Joslyn in 1869 and six children have been born to them.; one, an active and beautiful son of ten years, lost his life in Lake Memphremagog, and a heavy sorrow fell upon the family. His wife and the five remaining children survive him. The funeral services were held on Monday, Rev. J.K. Fuller, pastor of the Congregational church officiating, a large congregation being present.