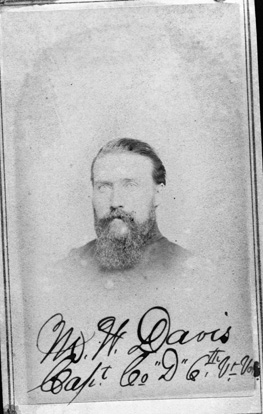 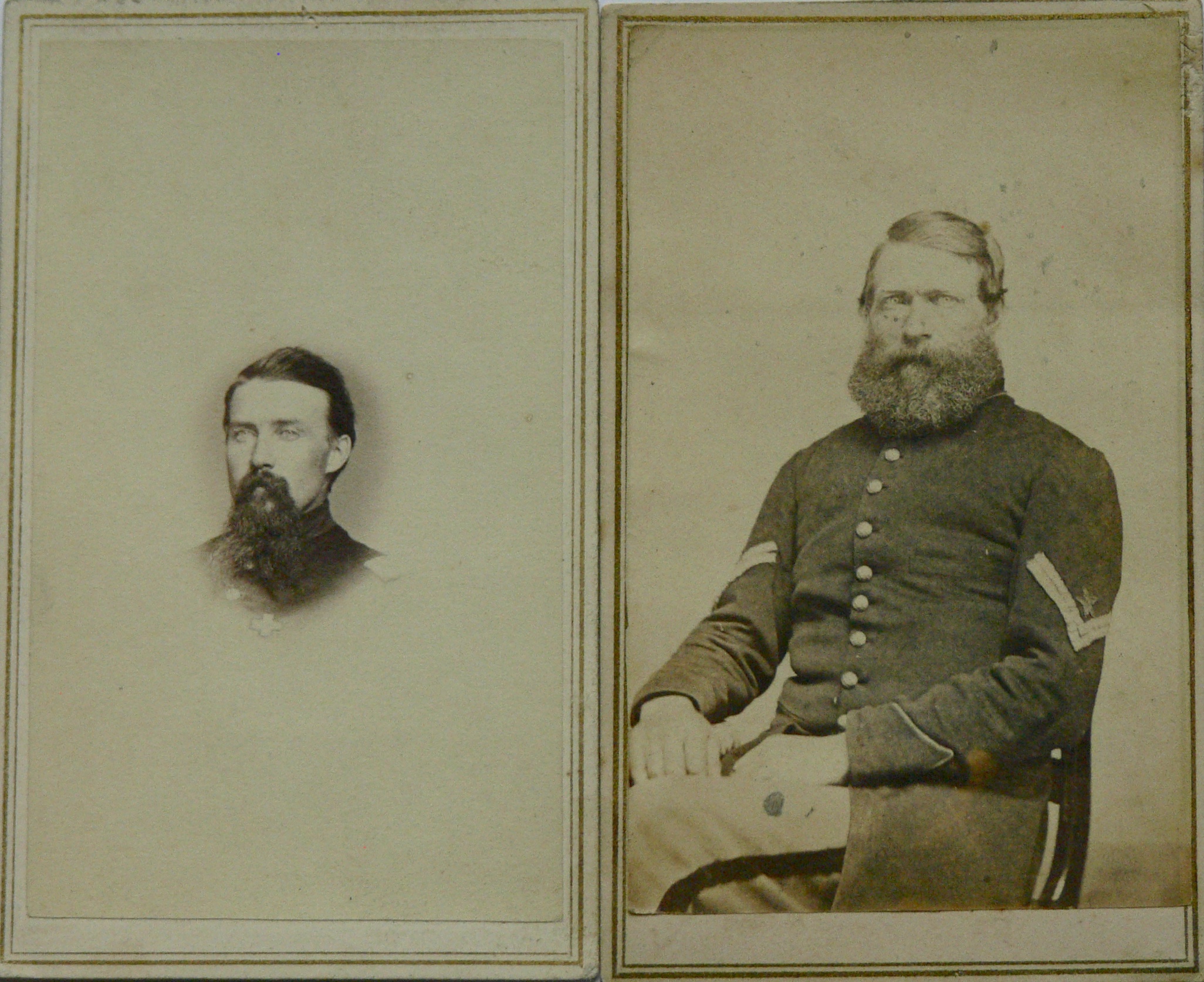 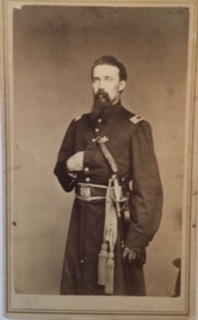 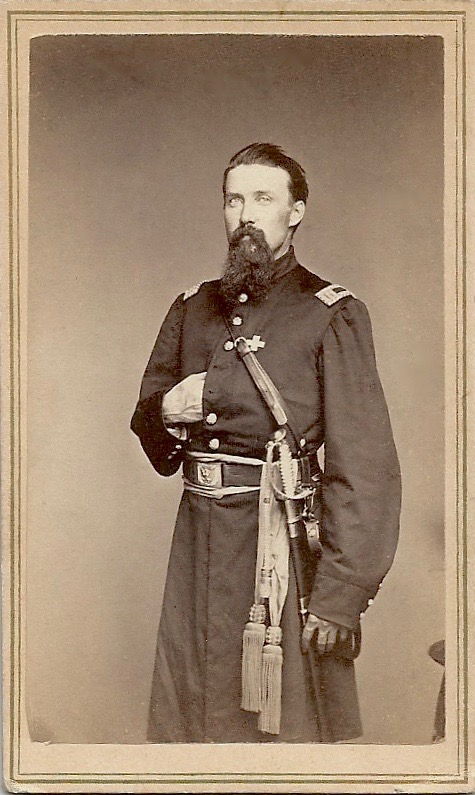 "My great grandfather, Martin Warner Davis, left us many things from his Civil War days including his rifle and sabre, pictured below, and a photo album of the 'Officers of the 6th VT Regt.'

Martin Warner Davis, son of Eleazer and Dianna (Stoddard) Davis, was born 24 Jan 1836 in Newark or Coventry, Orleans County, Vt. Educated in a log school house, he later attended a select school for a short time and this was supplemented with a course at the Orleans Liberal Institute which he attended 1852-3. Between 1855 and 1859 he taught school winters and worked the farm summers. He continued farm work until the Civil War broke out. 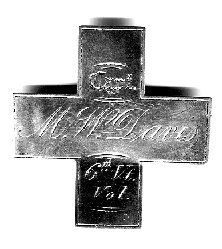 After his recovery he resumed his military duties. He received a commission as 2nd Lieutenant, 1 May 1862, was promoted to 1st Lieutenant, 1 Nov 1862, and finally promoted to Captain, 3 Feb 1863, all the while serving with Company D. Having served his three years, Martin Davis was mustered out 28 Oct 1864, and returned to Vermont. In 1867 Martin moved to West Salem, WI where he engaged in farming. In 1879, he moved to Sparta and ran a milk business until 1888. Between 1888 and 1908, he and his family lived in Harvey, Illinois, Morenci, Michigan, Chicago, Illinois, and Lamont, Michigan. In the fall of 1908, he returned to Sparta. Martin Warner Davis died in Sparta, 15 Dec 1923, and is buried in Woodlawn Cemetery, Sparta. The state school for dependent children was located on land he sold to the state from his farm. He was a member of the Lynn Post No. 30, Grand Army of the Republic.[Four diaries survive describing his life during these times (1861, 1862, 1863 and 1864, as do his musket, powder horn, belt buckle, and sword.]