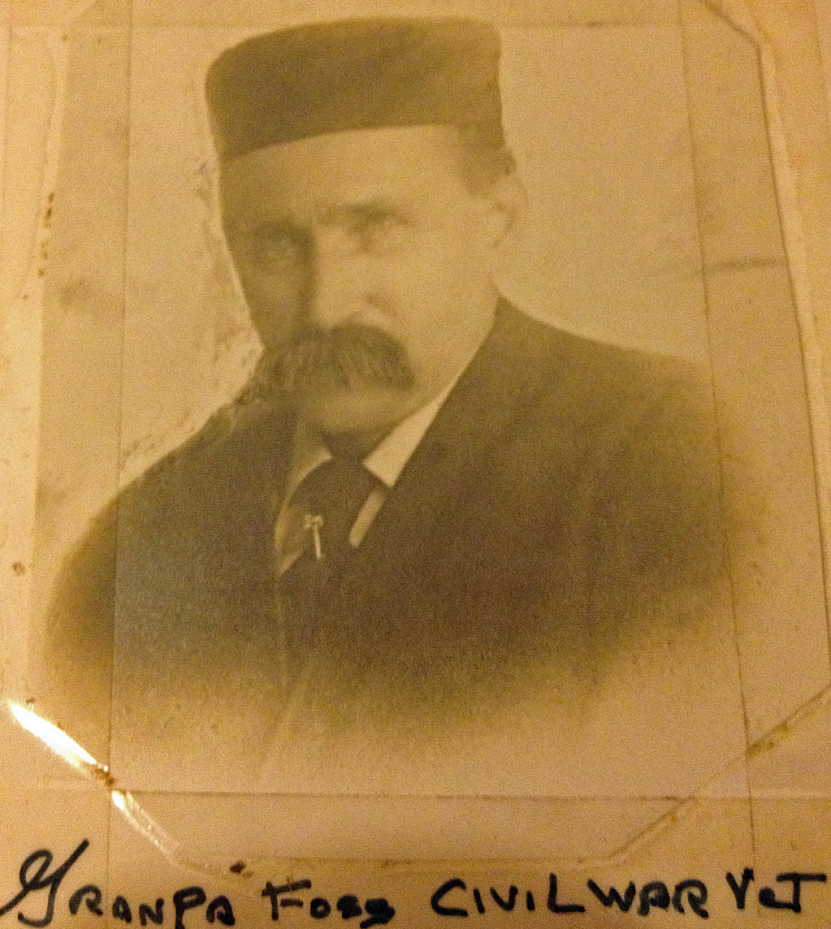 The funeral for George W. Foss, who died at his home on Main Street, Morrisville, Friday night, was held from the Methodist-Episcopal Church Sunday afternoon at 2 o'clock, the Rev I.A. Ranney officiating. The bearers were his grandsons, Earl Foss, Ned Foss, George Sanborn, Charles Sanborn, E.B. Gale, and George Cole. Interment was made in the family lot at Pleasant View Cemetery. The floral tributes was large and very beautiful.

The following Veterans attended in a body: James Amadon, and Porter Butts of North Hyde Park, Eugene Wheeler of Wolcott, Frank Morse and George Bridge of Morrisville, the other surviving members, Daniel Rogers and E. Butterfield, were ill and couldn't attend.

George Washington Foss, the son of Luther and Minea Foss, was born Aug.6,1846 in Elmore. On June 1,1867, he was united in marriage to Mary Jane Smith of Morristown, who died April 7,1895. To this union were born two children, Ernest G. Foss of Morrisville, and Cora Belle, the latter dying in 1926.

His second marriage was to Minea R. Jackson,who died April 30,1930. To this union were born four children, a daughter who died in infancy, a son Gerald M. who died in 1906, a daughter Mrs. Bertha Foss Baker, and George E. Foss, who resided with his parents.

Mr. Foss was a Veteran of the Civil War, and has been a resident of Morrisville for 40 years. He was a good citizen, and his demise will be regretted by a wide circle of friends.