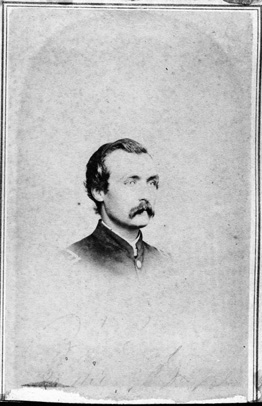 Buel J. Derby, prominently identified with the business and political interests of Burlington, Vermont, is a son of the late John and Sarah (Buel) Derby, and was born in Huntington, Chittenden county, Vermont, March 8, 1839.

Mr. Derby's early life was passed in his native town, where he obtained an education in the common schools. When nineteen years of age he secured a position as clerk in the postoffice at Burlington, Vermont, where he remained one year, going then to Rutland, Vermont, where for two years he filled a similar position.

At the outbreak of the Civil war Mr. Derby enlisted as a private in Company K, Twelfth Vermont Volunteers, the regiment being assigned to the First Army Corps. He was detailed as commissary sergeant, later being appointed as quartermaster sergeant, and received his discharge while officiating in the latter capacity. Subsequently he enlisted in the Seventy-seventh Vermont Regiment, being commissioned as quartermaster, in which capacity he served until the close of the war, the regiment meanwhile participating in many hard-fought battles.

At the cessation of hostilities Mr. Derby returned to his native state and engaged in the manufacture of chairs at Bristol, in Addison county, where he gave employment to many men. In 1867 he closed out his interests in Bristol and returned to Burlington, having been tendered and having accepted the position of assistant postmaster. This position of trust he filled until 1875, when he was appointed postmaster, receiving two re-appointments and maintaining the office for twelve consecutive years, or until 1887, when his retirement came about in the change of the administration.

In April, 1899, Mr. Derby was one of a New England excursion of business men to Denison, Texas, where he assisted in the formation of the Denison Land and Investment Company, later being elected its president and general manager and also president and general manager of the Denison Building & Land Company, both of which positions he held for three years, when he returned to Burlington, where he engaged in the wholesale grocery business with the Burlington Grocery Company, being one of its incorporators and directors, and in which concern he still maintains a financial interest.

On the 22d of February, 1899, he was reappointed postmaster under President McKinley, since which time he has given his entire attention to the duties of the office, having again been reappointed by President Roosevelt. The Burlington postoffice is the largest office in the state of Vermont. The carrier system was inaugurated in 1875, the present clerical force consisting of seventeen clerks, sixteen carriers, three sub-carriers and three rural carriers. Connected with the office are five stations, which includes a branch office at Winooski and which is under Mr. Derby's control, with a superintendent, two carriers and one rural carrier.

Absolute thoroughness of detail, coupled with the business principles which have won for him a good name in the commercial world, characterize all his efforts in his present position, and he is deserving of great credit for the success he has achieved in his conduct of the office.

In his political affiliations Mr. Derby is a pronounced Republican, and for several years served his city as a member of the board of school commissioners. In 1888 he was chosen by the state convention as a delegate to the Republican national convention which convened at Chicago and nominated General Harrison to the office of the presidency of the United States.

Mr. Derby is a prominent member of the Masonic fraternity, being a member of Washington Lodge No. 1. He is a member of Stannard Post, Grand Army of the Republic, a member of the Military Order of the Loyal Legion of the United States, and of the Algonquin and Ethan Allen Clubs of Burlington.

In 1864 Mr. Derby married Miss Arvilla C Wheeler, a native of Bristol and a daughter of the late Dr. F. P. Wheeler, who for many years was an extensive practitioner of medicine and surgery. Mrs. Derby was one of six children, four of whom are still living, viz: Arvilla C.; May Campbell, resident of Rutland, Vermont; Frank W., who resides at Richford, Vermont; and Sarah Phillips, of Port Huron, Michigan. One daughter, Georgeanna, now the wife of Mr. T. B. Hanna, has been born to Mr. and Mrs. Derby. Mr. and Mrs. Hanna's children are: Thomas B., Jr..; Frederick Wheeler and Charlotte A. Hanna.

John Derby, father of Buel J. Derby, was born in Huntington, Vermont, October 26, 1798. He was one of the pioneer residents of Huntington, where he followed farming and where in early life he obtained an education at the common schools. In addition to the vocation of a farmer he conducted a hotel for many years. He married Miss Sarah Buel, who was born in Huntington, Vermont, February 28, 1802. Seven children were born to them, three of whom are living: Lucinda A., November 6, 1828, who became the wife of Perry Gillette of Huntington; Buel J.; and Hortense J., born July 31, 1842, now Mrs. Hortense J. Gorton of Medford, Massachusetts. John Derby died at the age of seventy-four years, at the home of his daughter in Bristol, where he passed the declining years of an active and well spent life, his wife departing at the age of sixty-nine years.