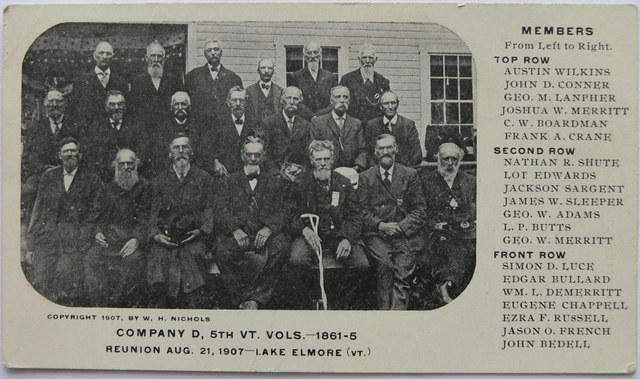 CASE 377. - Private Jason O. French, Co. C, 17th Vermont, was wounded at the battle of Cold Harbor, June 3, 1864, and was taken to the Ninth Corps Hospital, where Surgeon J. Harris, 7th Rhode Island, recorded the injury as a shot wound of the thorax. Thence transferred to Washington, French entered Emory Hospital on the 7th, whence Surgeon N. R. Moseley, U.S.V., reports the following particulars: "A minie ball entered the right side, at the lower margin of the eighth rib, near the angle, and emerged half an inch to the right of the spinous process of the first lumbar vertebra. The countenance was pale, the lips livid, the extremities cold; the pulse 110. There was dyspnea, nausea, and occasional vomiting. The patient was much depressed from loss of blood, which had continued to flow at intervals during the three days succeeding the injury. Brandy and beef-tea were administered, and warm frictions to the extremities were employed, until reaction took place. On June 8th, the pulse was at 100. On this, and on several subsequent days, the bowels were irregular, the stools being sometimes yellow or dark brown, and sometimes clay-colored. On the 9th, the abdomen was tympanitic and tender, the tongue dry, the pulse 110. Acting Assistant Surgeon P. O. Williams directed a saline cathartic with terebinthinate enemata, and warm fomentations, and wine whey, beef-tea, and chicken-broth. On the morning of June 10th, there were two copious alvine discharges. There was still much abdominal tension and tenderness, and there was a jaundical? discoloration of the surface. The urine also indicated a bilious discoloration. The pulse was 108, the extremities cold, the countenance cadaveric. Oil of turpentine and Dover's powder were given internally, and hot fomentations and terebinthinate embrocations were applied to the abdomen. On June 11th, the abdominal tenderness was mitigated, the pulse was 100, the tongue and skin moist, the extremities warm. The patient complained of general itching. The treatment was continued, a portion of ipecac being added to the Dover's powders. From June 12th to the 15th, there was gradual improvement. The bowels were regular, the stools clay-colored, the appetite good. A generous milk diet, with Dover's powder and ipecac at bedtime, was directed. On, June 20th, there was a profuse discharge of bilious matter from the anterior wound; from the posterior orifice pus, with occasional clots of blood, escaped. On June 25th, large quantities of greenish bile flowed from both wounds. It was inferred that a slough had separated and exposed the right hepatic duct, so copious was the discharge. The general condition was excellent, the patient resting without anodynes. In place of the Dover's powder, tincture of the sesquichloride of iron was ordered. After July 2nd, the bilious discharge subsided and the stools regained their natural color. Henceforward the patient's convalescence was uninterrupted. On August 19th, he was transferred to the Smith Hospital, Brattleboro', and was discharged from service July 18, 1865, and pensioned." Examiner D. W. Putnam, of Morrisville, Vermont, reports, January 5, 1872, that the pensioner suffers from dyspnea, and that he is permanently disabled.

Jason O. French was born the twenty-eighth day of June, A.D. 1839 in Cambridge, County of Lamoille, State of Vermont.

He entered the service at Hyde Park, Vermont, August 13, 1861 as a private in Co. D, 5th Regt., Vermont Volunteer Infantry.

He was engaged in the first battle at Lee's Mills, Va., afterwords served in battles at Williamsburg, Golden's Farm, Savage Station, Va.. The latter place was wounded and taken prisoner by Stonewall Jacksons troops June 29th, 1862, Confined in Libby Prison from July2 to July 8,1862, when released on parole.

In hospital at Brattleboro and Burlington, Vt. until Oct., 1864.

Jason Olds, (was) born June 28, 1839 (4th child of Deacon Mark and Mary (Lyon) French). In the spring of 1861 he enlisted in the Fifth Vermont Volunteers, and at the battle of Savage's Station, June 3, 1862, he was wounded through the shoulder, and immediately taken prisoner. He was carried from the battle field to the famous Libby Prison in Richmond, where he was confined for about three weeks, at the end of which time he was liberated on parole, and soon afterwards exchanged, discharged for disability, and returned home. A few months later, having somewhat improved in health, he re-enlisted as a veteran in the Seventeenth Vermont Volunteers, and at the battle of Cold Harbor, in June, 1864, he was shot through the liver, trie bullet passing out close to the spine. Injuries of this character were at that time considered as necessarily fatal, and his survival was looked upon as almost miraculous by those who knew the circumstances at the time, as well as by those who have since become acquainted with them. After having improved somewhat, he was transferred to the Veteran Reserve Corps, in which he remained until after the close of the war, when he was mustered out, and returned to his home in Vermont. He was married, July 3, 1881, to Elizabeth Miller Potter, daughter of Loyal A. and Narcissa L. (Miller) Potter, of Potten, Providence of Quebec. She bore him one son, and died November 28, 1883, in Cambridge, Vermont. The son, Philip Sheridan French, was born in Cambridge, Vermont, November 29, 1883. He married, in 1904, Belva J. Hodgkins, of Johnson, Vermont, by whom he has had one son, Philip Hodgkins French; and he now lives in Waltham, Massachusetts, where he is employed in the works of the Waltham Watch Company. With him his father now makes his home.