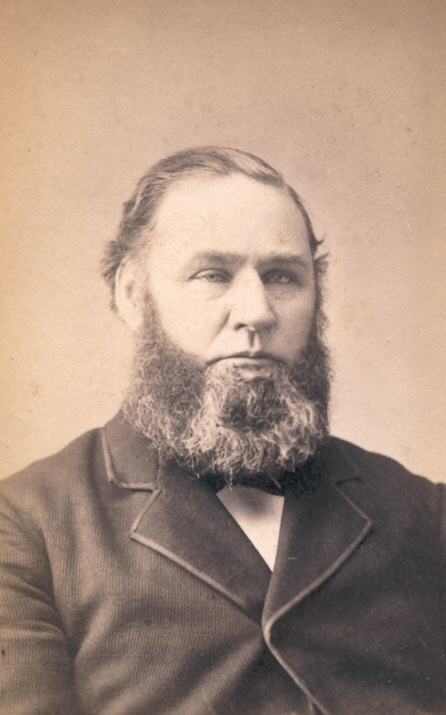 Stowe--Martin E. French, a respected citizen of Stowe for the past 30 years, died at his home on Maple Street Tuesday morning, July 30, after a painful illness. Mr. French was 74 years of age, and was the son of Aaron and Mary Woodward French, and was born in Waterbury, where the most of his life was passed before coming to Stowe, and where he married Lucy Gregg, who died in 1892.

Three children were born to them, a daughter, Alma, wife of Henry Faunce, who died in 1888, and two sons, C. N. French, and J. E, French who reside in Stowe. After the death of a second wife, Mrs. Auretta Faunce Buzzell, Mr. French married Phebe Gregg Parrish, who survives him. He also leaves five grandchildren.

Mr. French was a member of the Methodist Episcopal Church of this place, and of Mystic Lodge, F. & A. M., and also of H. H. Smith Post, G.A.R., having served in the Civil War in the 13th regiment. He was with the regiment in the battle of Gettysburg, and was severely wounded.

The funeral was held at the residence on Saturday afternoon at 2 o'clock with Masonic honors.


The funeral of Martin E. French was held at his home on Maple Street Saturday afternoon. Many members of Mystic Lodge, F. & A. M., Sickle Chapter, O. E. S., H. H. Smith Post and Woman's Relief Corps, and a large number of friends were in attendance. The Rev. J. Q. Angell, of the Methodist church, conducted the service, being assisted by E. M. H. Abbott of Unity church. The bearers were; Charles Sargent, Homer L. Stearns, Hollis C. Edson, Frank E. Cooley, Henry T. Raymond, and J. L. Stafford of the Masonic order. The hymn "Jesus Saviour Pilot Me" was sung by C. Riley, A. H. Cheney, Wm. Douglass, and H. W. Burnham. There were a profusion of flowers, and burial was beside his first wife in River Bank cemetery, the Mason's conducting the burial service.