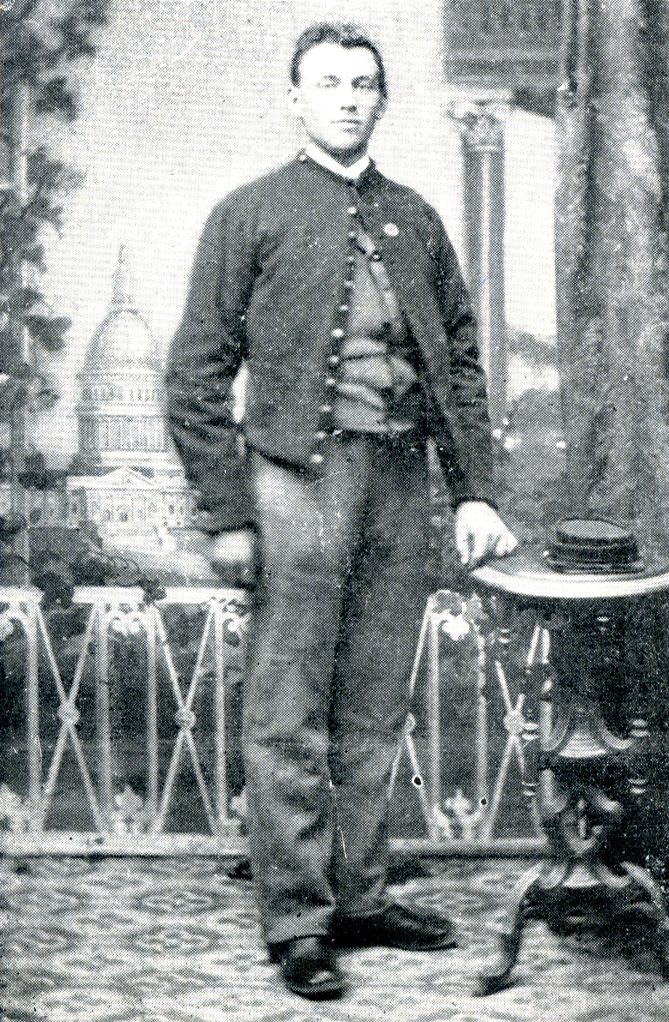 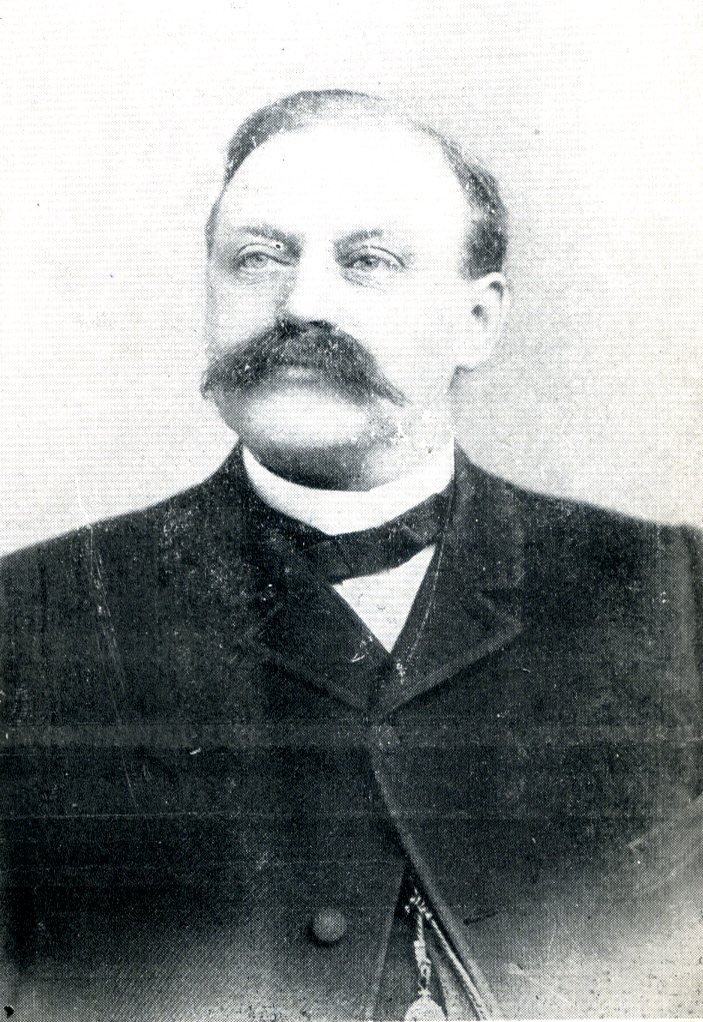 Birney S. Fullington was born in East Cambridge, Vermont, in 1845, and was a regular attendant at the district school, where he obtained a practical education. In his eighteenth year he enlisted in Company E, Thirteenth Vermont Volunteers, under the command of Colonel F. V. Randall, and received his baptism of fire at Gettysburg, when his regiment executed the famous flank movement on Pickett's advancing column. Alter his term of enlistment expired He returned home and attended a term of school at Williston, after which he again enlisted in the service of his country, joining Company M, First Vermont Cavalry, then on duty at Hancock's headquarters. He purchased his equipments and horse, a beautiful, gamy and speedy Vermont Morgan, and owing to the speed of his horse and his own personal appearance he was selected for orderly duty; he was with the column of cavalry that, under command of General Kilpatrick, made an unsuccessful attempt to liberate the Union prisoners at Richmond in 1864. Five days before the battle of Appomattox was fought Mr. Fullington became separated from his command in the dusk of the evening, and by mistake rode into a retreating column of rebels, by whom he was almost captured, a bullet grazing his upper lip as he escaped. He was a member of the cavalry for eighteen months, after which period he was honorably discharged with the regiment. He was then a student for two terms at a school in Johnson under the competent instruction of Mr. S. H. Pearl, and at the age of twenty-one he left his native town and took his way westward in company with the star of empire. He was employed as a spare man on a supply train bound for the newly discovered mines near Helena, Montana, from Atchison via Ogden and Salt Lake City. They tarried a few days at Salt Lake City, Utah, where they had the pleasure of seeing and hearing Brigham Young, and after three months on the trail the train reached Helena.

After serving in various capacities Mr. Fullington accepted an offer from his cousin, William Reynolds, agent of the Southern Mail and Express Company, to take charge of a station at Phranagat, Nevada, at seventy-five dollars per month. On the organization of the county he was elected superintendent of public instruction; he also erected a building and rented it for county offices, but finally removed to White Pine, another mining town, and sold lumber for three hundred dollars per thousand feet. For a short period of time he was employed as a clerk, but soon became a merchant, and prospered while White Pine was a mining emporium, which was two years. He was offered a half interest in "The Little Emma Mine," but being incredulous of its worth he refused the offer, and lost an opportunity of acquiring a fortune. After five years' remarkable experience of the dangers, vicissitudes and excitements of pioneer life, he returned to Johnson, in 1871, a wiser if not a richer man. In the same year he removed to Burlington, Vermont, and became a member of the firm of Fullam, Safford & Chadwick, dealers in small wares, fancy goods and underwear, and this connection was continued for four years. After the death of Mr. Chadwick, his father-in-law, Mr. Fullington acted as the commercial traveler of the firm for fourteen years, and since the expiration of this period of time he has traveled for Walker, Stetson, Sawyer Company, and Farley Harvey & Company. He is very successful in his business, and is a man of warm sympathies, broad and liberal views and generous impulses. He is a prominent member of Waterman Lodge, Free and Accepted Masons, of Johnson, Vermont.

In 1871 Mr. Fullington married Helen M. Chadwick, daughter of the late Hon. C. C. Chadwick, of Johnson, Vermont, and her death occurred in 1885. In 1891 Mr. Fullerton was united in marriage to Carrie M. Freeman, a resident of Johnson. By the first marriage there are two sons: Harry C. married Miss Maude Swift; they resided in Glendale, Massachusetts, and are the parents of two children, Mary and Birney; Christopher Chadwick graduated from Dartmouth College in 1902 and Tuck School of Administration and Finance in 1903. By the present marriage the following named children were born: Walbridge B. ; Helen E.; Hallard D., who in 1901 received an injury from which he died, at the age of three years; Lloyd H.; and Mabel Carrie.

B. S. Fullington, a very highly respected and widely known citizen, who died last Wednesday from Bright's disease had been in failing health for more than four years, and had been confined to the bed for about five weeks before the end came. He was in his 74th year, and will be missed by a large circle of friends. The funeral was held from the house Saturday afternoon, Rev. W.A. Hazen of the Congregational Church officiating. Waterman Lodge F.&A.M. #38, attended in a body. Burial was in the family lot at Lamoille View Cemetery, and was in charge of Waterman Lodge. The family has the sympathy pf the community.