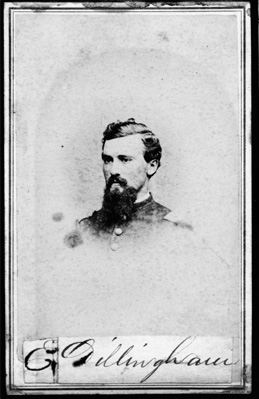 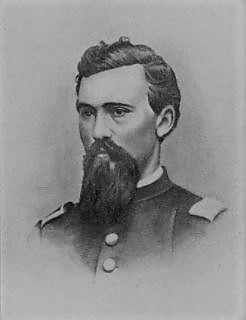 Edwin Dillingham was born at Waterbury, Vermont, on the thirteenth day of May, 1839. He was the second son of Hon. Paul Dillingham and Julia C. Carpenter. The first years of his life were passed at the home of his parents, amidst some of the most delightful natural scenery in the State. Here the mountains are ever green in their towering magnificence to the sky. Almost every field is laced and ribboned by tireless, sparkling streams; the soil, rich and stubborn in its fertility, yields its fruits only to the steady persistence of a hardy race; and here, almost in sight of the State Capitol and within the immediate circle of its legislative and social influences, and always under the more refining elements of a Christian home, the years of boyhood and youth were numbered. Like other boys, we presume he passed them quietly, not varying much from the round of sports and duties of New England's revered manual for the training of her sons, although other home have not been so richly endowed by Christian example. His opportunities for an education, we are informed, were respectable and diligently improved. Always found at his task, he won the admiration of his teachers; ever kind and of a happy spirit, he was loved by his fellow students. Enjoying the highest advantages afforded by the common schools and academies of his native State, he here received all the instruction deemed absolutely essential to entering successfully upon his professional studies. He chose the profession of the law, and commenced his preparation for the bar, in 1858, in the office of his brother-in-law, the Hon. Matthew H. Carpenter, now a Senator in Congress, in the city of Milwaukee, Wisconsin, where, however, he remained but a few months. Upon leaving the office of Mr. Carpenter, he entered the Law School at Poughkeepsie, New York, where he graduated with honor, in the autumn of 1859. He finally finished his studies, preparatory to the practice of the law, in the office of Dillingham and Durant, in his native town, his father being the senior member of the firm, and then Lieutenant-Governor and afterwards Governor of the State. In September, 1860, he was admitted to practice at the Washington County bar; and it is said, "though the youngest, " was considered "one of its most promising members." Subsequently he became the law partner of his father; and thus estableshed in his profession, he continued until July, 1862. We have often heard him speak of this arrangement as one most suited to his tastes, and doubt not that it was one of great promise and profit. It may be that he had expected to reap much from the great ability, experience and wide reputation of his father as an advocate and statesman, and so enrich his own mind for the larger duties of his calling, either in its immediate sphere, or else fit himself for the demands of a wider field, and prepare to win the honor to which the young ambition may justly aspire. But whatever schemes of this kind he might have entertained, they were not destined to be realized; even if they did float dimly, yet with golden wings, before his mind, his nature was not one to remain undisturbed by the dark war-cloud that had for two terrible years stretched from the Gulf to the northern boundaries of his native State. Its mutterings, mingling with the cries of the slain of his own kinsmen and companions in peace, were notes of summons. Though the silver lining of other dark clouds had betokened promise, this had turned to blood, and he would go and do battle for his country. Forgetting party affinities and severing dearer and sweeter ties, he, without thousands more, would make the sacrifice of his young life upon the Nation's altar. Bur to write all that was noble of this officer would be but to repeat what has been in a thousand instances already made historic, and for him, we his compatriots, and subordinates in rank, because he has taken a higher commission, have but to record the epitaphs of the brave!

Upon the President's call for three hundred thousand troops, issued in July, 1862, he actively engaged in recruiting a company in the western part of Washington County, of which he was unanimously chosen Captain. These recruits eventually became Company B, of the Tenth Regiment Vermont Volunteers, and were really the first raised for that regiment, but in consequence of a company organization then existing, though formerly designed for the Ninth Regiment, he was obliged to take this position in the Tenth. Soon after the regiment was fairly in the field, he was detailed as Assistant Inspector-General on the staff of Brigadier-General Morris, then commanding the First Brigade, Third Division, Third Army Corps, Army of the Potomac. He acted in the capacity of aide-de-camp to this officer during the battle of Locust Grove, November twenty-seventh, 1863, and while carrying an order to his own regiment his horse was shot under him and he was taken prisoner. Then he was marched most of the way to Richmond and incarcerated in Libby prison, where he was kept for four long months in durance vilest. In March following, he was paroled and son exchanged, when he immediately returned to the field and to his old command. General Grant was at this time making his celebrated campaign from the Rapidan to Petersburg, and consequently rendered approach to the immediate scene of operations extremely difficult. Still, troops of every arm of the service were being hurried forward, and Captain Dillingham was put in command of a battalion of exchanged prisoners and enlisted men, which he led to the front, fighting some of the way. He dismissed his men to their respective commands, and reported for duty at Cold Harbor, June third, 1864.

Colonel Jewett had resigned. Lieutenant-Colonel Henry and Major Chandler had been promoted respectively to the first ranks in the command. Captain Frost, the ranking line officer, was breathing his last the hour he arrived; one-third of the regiment were lying dead on the field and wounded in the hospital, and the rest, begrimed with dirt and powder, within close range of the enemy, were looking down into the Chickahominy Swamp, within steeple view of Richmond. Colonel Henry had been wounded on the first instant, and Lieutenant-Colonel Chandler soon afterwards became sick, and Captain Dillingham took command of the regiment, although he held it but a short time, Lieutenant-Colonel Chandler returning to duty. the remaining awful days until the twelfth, was his second battle with his regiment. On the seventeenth of June, 1864, he was commissioned Major, and went with the troops to James River and Bermuda Hundreds, where, with a larger part of the corps, they were ordered into action by General Butler. But General Wright delayed obedience to the order, and his corps was finally extricated by General Meade, after remaining under a most distressing artillery fire from the enemy's battery for several hours. From this time until his death he was constantly with the regiment, and some of the time in command.

On the sixth of July, 1864, the Third Division of the Sixth Corps was detached from the Army of the Potomac, and the two remaining divisions soon afterwards, and were sent into the Shenandoah Valley, under General Sheridan. Arriving at Frederick City, Maryland, on the eighth, he was second in command at the battle of Monocacy, fought on the ninth, Lieutenant-Colonel Chandler being detailed to command the skirmish line, and Colonel Henry in command of the regiment. After marching untold leagues from Frederick to the Relay House, to Washington, up the Potomac to Leesburg, over into the Shenandoah Valley, through Snicker's Gap, where we had a skirmish with the enemy over and in the river on the eighteenth, back to Georgetown by way of Chain Bridge, again up the Potomac as far as the mouth of the Monocacy, thence to Frederick, Harper's Ferry, Winchester and Strasburg, back to Harper's Ferry, by way of Charleston -- over six hundred miles since we had set foot in Maryland on the eighth of July. It was now the twenty-second of August. On the twenty-first, the whole corps was attacked vigorously by the enemy, drawing in the pickets in front of the Second Division, while the troops were lying quietly in camp or preparing for Sunday morning inspection. Here, for the first time, young Dillingham was ordered to lead his command into battle. The regiment, however, was not prominently engaged, and he had no opportunity to distinguish himself. When asked how he felt, invested with the full command at such a time, he replied: "I felt as if we should make a good fight, but I rather wished that Henry had been there." From this time he commanded the regiment until he fell at the glorious field of Winchester on the nineteenth of September, 1864.

We may not here describe that battle. It was a decisive victory for our arms and the country. 'T was a golden victory. It lifted higher the national banner than any other battle of the year north of Atlanta. But the eye of prescience could have discerned a thousand emblems of mourning stretched beneath its starry folds, and seen the tears of as many northern homes falling for their dead, yet re-consecrating the flag! One was mourned in Waterbury! Major Dillingham had fallen!

Washington County Court was in session, and attorneys were contending by peaceful process for the civil rights of a few clients. In Virginia, its youngest and most promising members, who had thrown his sword into the vaster scale of justice, was contending for the civil rights of the Nation. Under orders to charge the enemy, whose front was ablaze with cannon and abatised with fixed bayonets, he was firmly pacing back and forth along his battle line, steadying its formation and awaiting the final signal to advance. Those who saw him say that he heeded not the missiles of death that fell thick around him and his brave men. Keenly he eyed the foe -- anxiously he awaited the onset. To him it never came. About noon, while in this position, he was struck by a solid twelve-pound shot in the left thigh, and borne bleeding and dying to the rear. In two hours he was no more. The regiment charged and nobly avenged the death of its Major, but he had gone another way. Though he never recovered from the nervous shock produced by this wound, he did not lose consciousness until his noble spirit departed. He conversed occasionally with those around him. Among his last words, was the utterance: "I have fallen for my country. I am not afraid to die." The fist were inspired by patriotism, the last by Christianity! His remains were borne to Waterbury and interred, where the spirit of honor watches over the treasured dust; and when the history of Vermont's noble men is written, the names of her heroes fairly recorded, we shall read high upon the scroll the name of Major Edwin Dillingham.