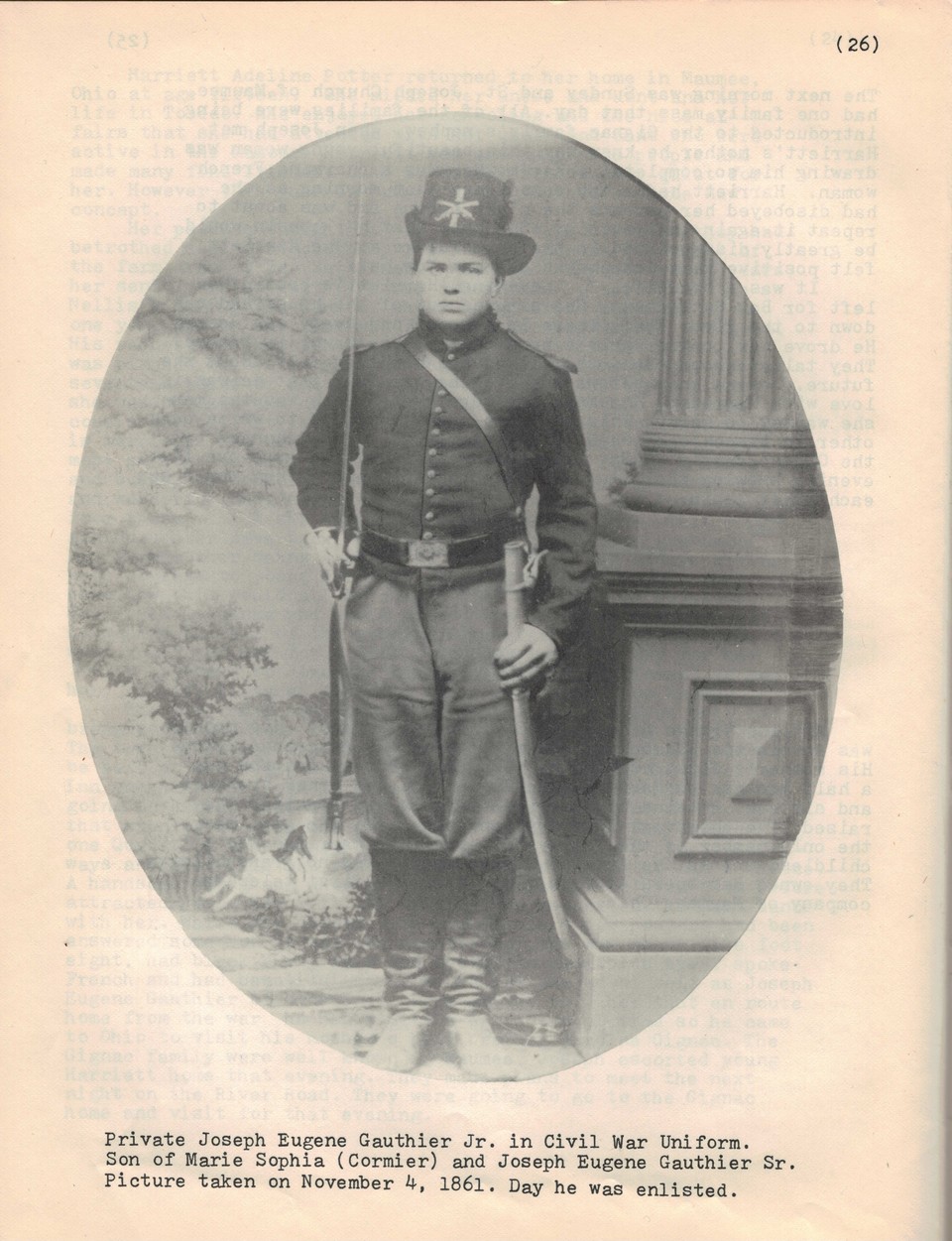 Word has been received here of the death of Joseph Gauthier, aged 72 years, which occurred at Toledo, Ohio last Friday. He had been in poor health some time.

Mr. Gauthier was the oldest son of the late Joseph Gauthier of this place and is survived by a wife and several children. His sisters are Miss. Alma Gauthier, of this place, Mrs. Sara St John and Mrs. Mary Lafree, of Morrisville; His brothers are, Eugene, of Johnson, Victor, of Canada, and Anthony of Tilton, N.H.

Mr. Gauthier has lived in Toledo several years. He served in the Civil War, being a member of Co. A., 1st Vt. Cavalry.