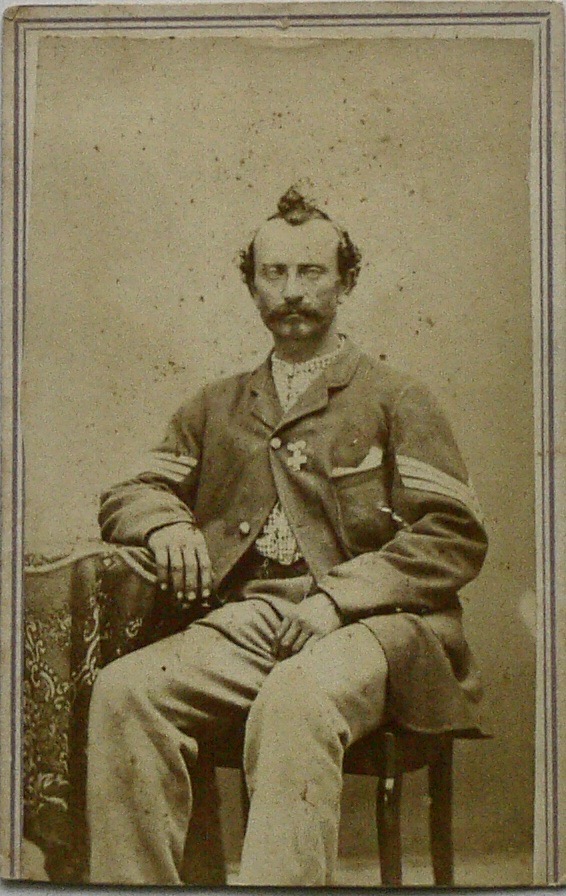 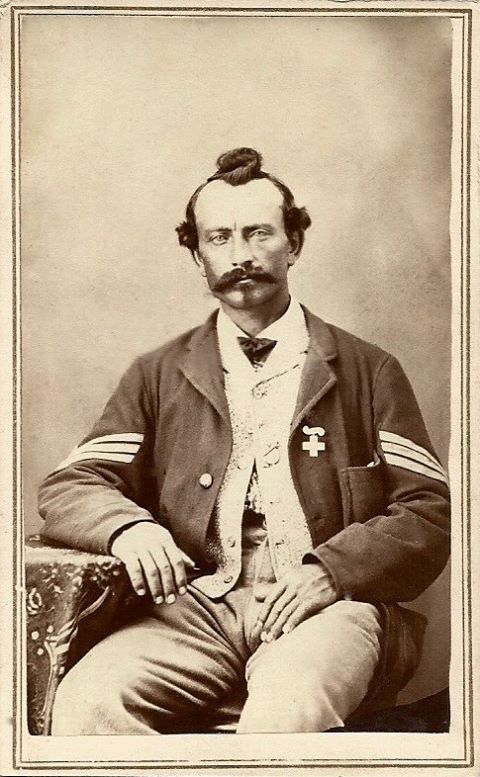 Seized The Colors and
Bore Them Off In Triumph!

Warren Gifford, of Danby, was 29 years old at the onset of the Civil War. His promptness in enlisting at the beginning of the conflict can probably be attributed to his lineage. His father, Noah Gifford, had served as a Captain in the War of 1812, and his grandfather, Gideon Gifford, was a veteran of the American Revolution.

Two incidents give us some insight into Warren's patriotism and bravery, the first at the battle of Spotsylvania, and the second a letter to his brother Noah describing the mid-July 1864 battle in the defenses of Washington, repulsing Early's attack on the capital.

The History of Danby relates: "At Spotsylvania C. H., Va., May 12, 1864, while desperately engaged in close contact with the enemy, Sergeant Gifford took a stand of colors belonging to the second North Carolina regiment, which was planted directly in front of his position. He despatched the color bearer with his bayonet, seized the colors and bore them off in triumph amid the cheers of his comrades." The history of Pawlet relates the story in almost the same words, but adds "He has the colors now in his possession."