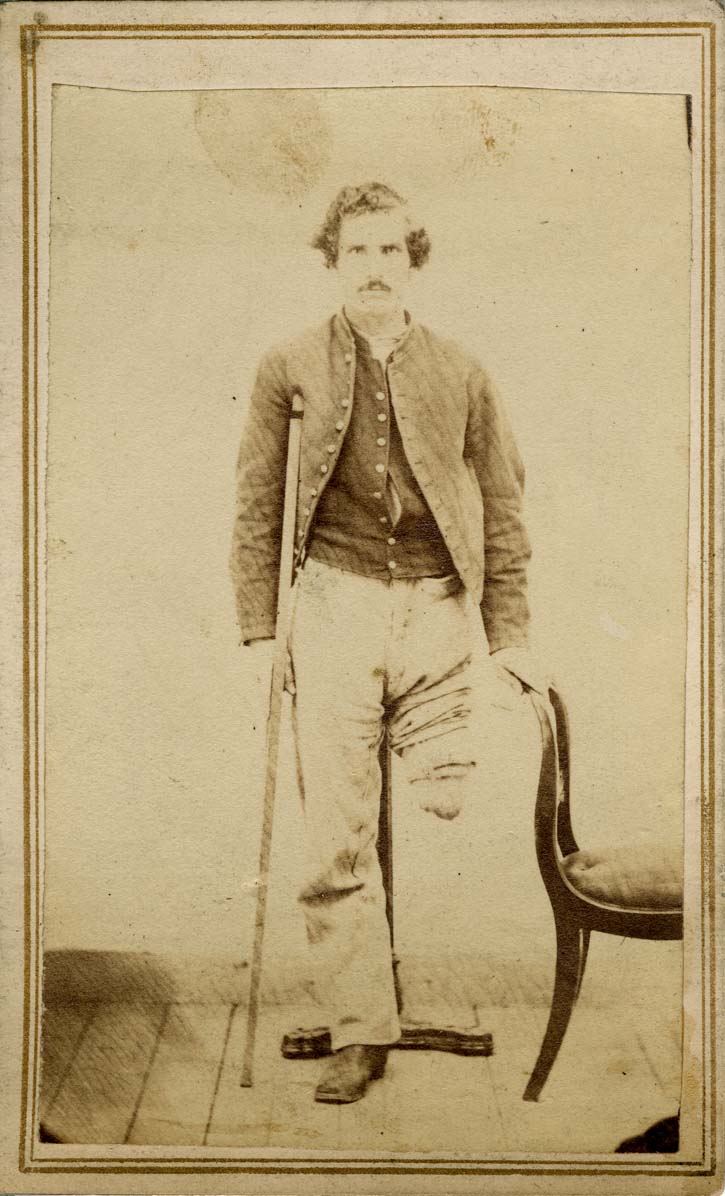 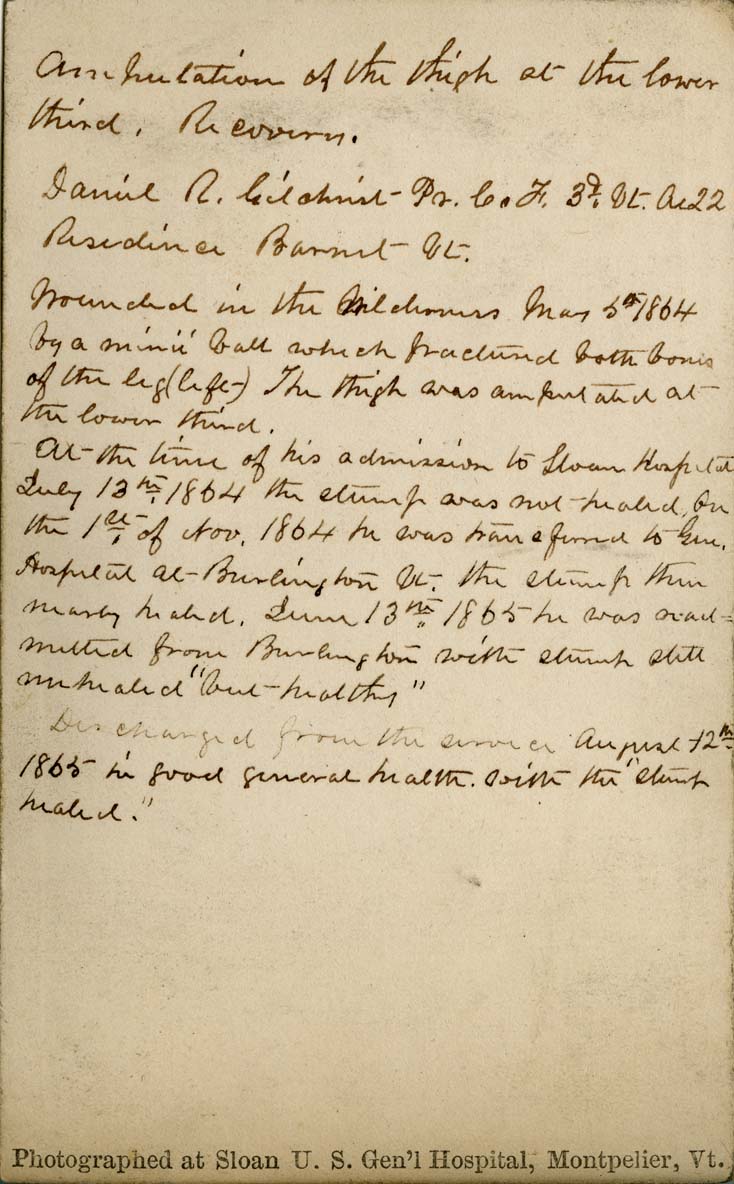 The death of David R. Gilchrist at his home Tuesday evening, Feb. 7, removes the last veteran of the Civil War in Barnet village.

David Gilchrist was born in McIndoes, April 4, 1843, son of Robertson and Hannah Shaw Gilchrist, grandson of John and Helen McIndoe Gilchrist, who came from Scotland in 1796. He was educated in the public schools and McIndoes Academy. When he was 18 years of age he enlisted in the Vermont cavalry was taken sick and discharged in Dec. 1861., he reenlisted in the 3rd Vermont, Co. H, served in Peninsular Campaign under Gen. McClellan, was in the battles of Williamsburgh, Malvern Hill, Antietam, 2nd battle of Bull Run and served for one year as Provost Guard at Division Headquarters and at Loaf Mountain when a bullet struck him. In the battle of the Wilderness May 5, 1864, he lost a leg, was discharged from service in July 1865.

On the second day of July 1866 he married Helen Hadley of Monroe. Six children were born to them. Willie now in California, James R., of Brockton, Mass., David H. of North Haverhill, Mrs. Emma Pulsifer of Brockton, Mass., John L. and Alexander H. Merchant in Barnet these all survive him he also leaves five grand children.

After his marriage he engaged in Mercantile business with his brother John, in Monroe and in farming in Monroe and Bath. He was a staunch republican. Voted for every president since Abraham Lincoln' second term in 64 including Herbert Hoover last November. He served as selectman in the town of Monroe four terms, census enumerator in 1900. Reporter to General Court of N.H., in 1901-02, delegate to constitutional convention 1912 and 198 delegate to State Convention 20 times. Served on the National Staff of the Grand Army and for years was commander of the Monroe and McIndoes post, member of Monroe Grange and Connecticut River Lodge of Odd Fellows after the death of his wife 15 years ago he came to Barnet to make his home with his sons, John and Alexander where he passed the evening of his life surrounded by every comfort and attention, always interested in politics he retained the memory of many presidential campaigns. A devout reader of Current Events he never lost interest in affairs at large. His philosophy of life served him well. He will be greatly missed in the home and by a wide circle of friends who visited him and never tired of listening to the reminiscences of his long and interesting life.

Thursday prayers were said at his home and held at the church with his pastor Rev. F.C. Wright officiating. Soft organ music embellished the service by Miss Virginia Elliot organist. The poem "The Bugle" was read by the pastor. There was a profusion of beautiful flowers, silent reminders of love and high regard. The burial was in the family lot in McIndoes cemetery his four sons acting as bearers at the close of the committal service. Taps were sounded.

Mellin Farrar of South Peacham was the only Civil war veteran present.