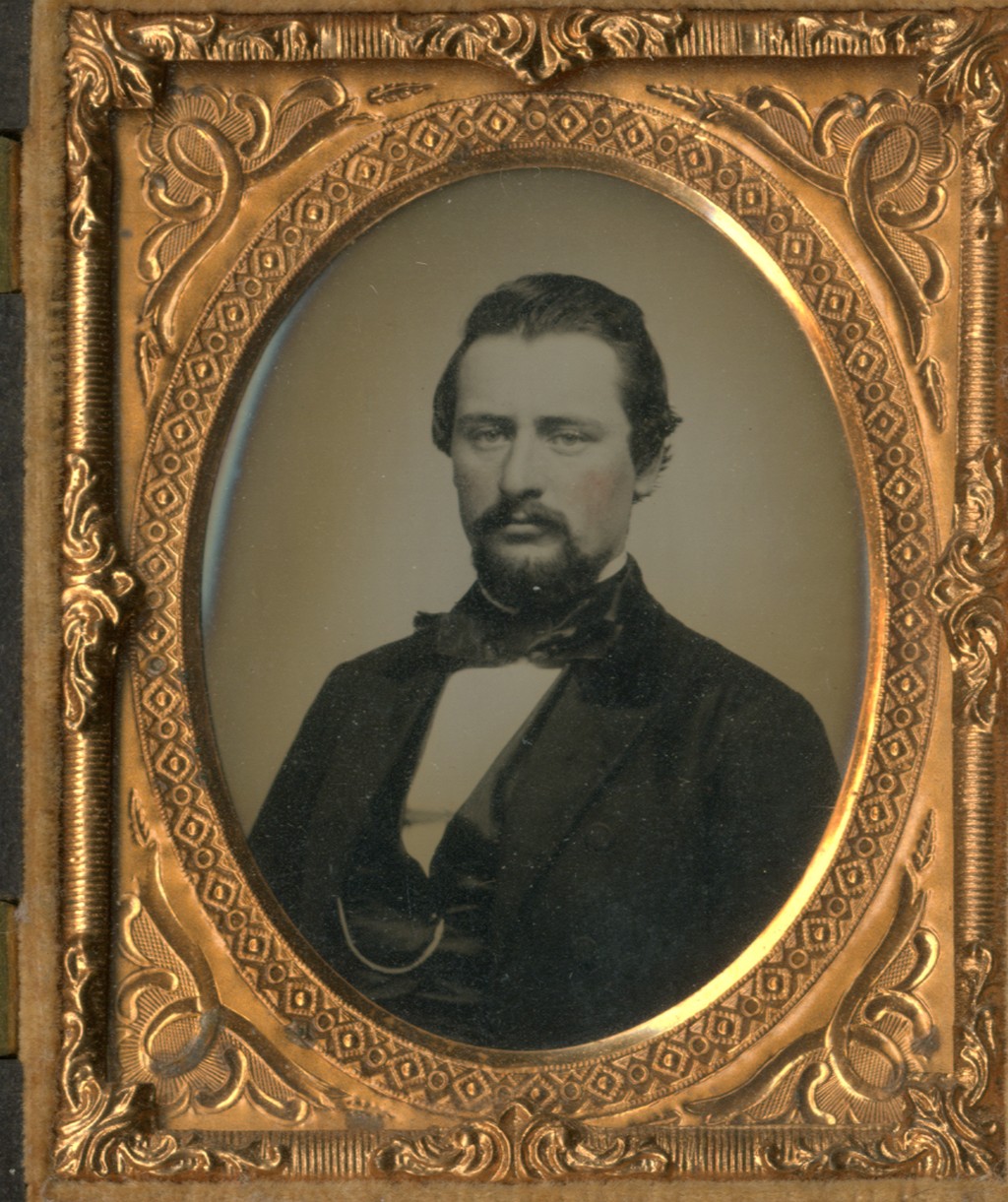 Horace Goodwin
Passed away on the morning of his 60th birthday, which he so earnestly looked forward to attain, Horace Goodwin, of Johnson, Vt. He was born in Tunbridge Vt. March 5, 1839. He was one of seven children, left fatherless in April 1847, by the death of his father, Hiram Goodwin. His early life was passed on the farm at that place, finally finishing his education at Lamoille County Grammar School at Johnson, Vt, about the year 1859. Most of the time since he has resided at Johnson, Vt.

He married, on the 13th day of November 1861, Clarissa M. Hunt, widow of the late Jason S. Hunt, who now survives him. In 1863 he enlisted for three years, or during the war, serving in Co. L., 11th Regiment, Vt. Vols., and 1st Vt. Heavy Artillery, Co. C. He was wounded twice in battle, and received an honorable discharge in 1865, and returned to his family at this place. He had, as the fruit of this marriage, two children, Ida Mae, the pldest, now 36 years of age, wife of Alfred W. McDowell, now residing at China Flat, California. She was unable to be present with the family in his last sickness, and Dr. George E. Goodwin of Johnson, Vt., 31 years of age, who was with and administered to the wants of his father through his last illness. The wife, two children and B. A. Hunt, his stepson, constituted his family for years, for whom he entertained the deepest interest as regarded their welfare. He was a great reader and kept in touch with all current public events almost to the time of his death, and even to the last was as anxious to learn from inquiry the current news as he had been in his healthful days to read the same. He was a charter member of The Old Brigade Post, No. 47, of Johnson, Vt., and one of the first members of Waterman Lodge, No. 83 F. &A. M., also a member of Tucker Chapter No. 15, R. A. M. He was a conscientious man, and had a deep regard for fairness in all business transactions and was quick to resent by deed or word, what seemed to him to be any intraction of that principle even by his most intimate friends. His frankness was a virtue to be both asdmired and commended.

He had never been in his former life a religious man but had rather been averse thereto, yet in his last days he had experienced a different feeling, still saying nothing of a character leading others to think that it was more than a passing serious thought. But that impression was lasting and finally ripened into the feeling of full salvation and to the surrender to and acceptance of the Lord Jesus Christ as his Savior, and the Savior of all mankind. From that surrender until the time of his death, such a change could not well be more observable in any person. He was deeply interested and urged upon friends the necessity thereof. While he well knew that his time on earth was short, and while he felt prepared and anxious to go, he felt that his continued suffering was for a purpose, best known to him who ruleth all things, and that great good to the cause would result therefrom; and cherishing that belief he bore his varied suffering with Christian fortitude and deplored the fact of his probable early demise; for the sole reason that, if spared, he might accomplish great good in his Master's labors as atonement for the past. He said that it was so plain and easy now, that if he could live, that anybody who knew him, with his life long opposition to his Master's cause, he could make them believe on Him. In all his social relations he was kind hearted; he was affectionate to his family, and felt for his loving companion, whom he must soon leave behind, the keenest grief, and died, in his language, "as everyone ought to die- in peace with God".