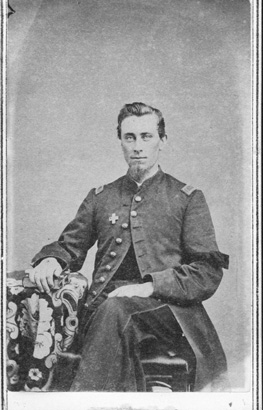 ANDREW DUDLEY WHO LEFT FOR THE WEST
MANY YEARS AGO

MONTPELIER, JUNE 16 --- The remains of Andrew J. Dudley, better known as "Jack" were brought to this city from Denver, Col., where he died suddenly, yesterday afternoon. Mr. Dudley was born in Calais 64 years ago and has spent most of his life on farms and ranches.

He served in the 11th Vermont regiment in the Civil War, rising to the rank of lieutenant. After the war he was custom-house officer at Newport for several years He was interested in several hotels for a time. He went to Washington about 30 years ago, and was on a horse ranch for some time, later going to Denver, where he was employed on the railroad.

He is survived by a niece, Mrs. Van R. Kent, who resides in Denver, and came home with the body, and two sisters, Mrs. A. M. Foster of Cabot, and Mrs. S. H. Foster of Calais, one brother, Martin, died some 40 years ago. The interment was in East Calais today.