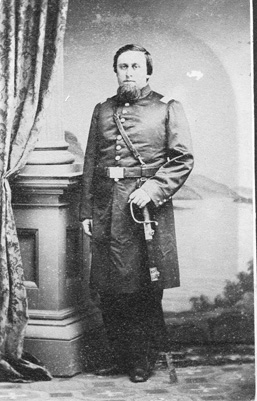 Hon. Walter Chipman Dunton, who had been ill just ten days, suffering from hemorrhage of the stomach, died at his house on Washington street about 8 o'clock yesterday morning. His condition had somewhat improved on last Saturday but on Sunday he grew worse and gradually failed until his death. The deceased had not been well for a number of months, but he attended to his business affairs up to the day he was taken sick.

The deceased was born in Bristol, this state, on Nov. 29, 1830; he was educated at Franklin Academy, Malone, N.Y., and was graduated from Middlebury College in 1857, and at the time of his death was a member of the corporation and finance committee of the college. He began his law studies with ex-Gov. Paul Dillingham and completed them with Linsley & Prout of Rutland, from whose office he was admitted to the bar in 1858. He went to Kansas in the practice of his profession, and was engaged in the struggle prior to the admission of that state. In 1861 he settled in Rutland for the practice of law and was several years in partnership with Hon. John Prout and Judge Veazey.

The young lawyer gladly gave his service to his country, and when the war broke out enlisted in the 14th Vermont regiment, serving as captain of company H, from Rutland. He was mustered out of service July 30, 1863, soon after the battle of Gettysburg. The deceased was Judge of Probate for the district of Rutland from 1865 to April 14, 1877, when he was appointed by Governor Horace Fairbanks a Judge of the Supreme Court of Vermont, but resigned on account of his health Nov. 1, 1879. He was a member from Rutland in the Vermont state Constitutional Convention in 1870, State Senator in 1880. The last year he passed several months delivering a course of lectures on law in the University of Iowa.

His last appearance in the County Court was in the case of Thomas vs. Baxter, tried at the term just closed, when he argued for the defendant. Had he lived he would have gone to Washington with P.R. Kendall, in the famous John O'Neld[?] liquor cases. At the time of his death he was a director in the Baxter National Bank, having been connected with it since its incorporation; he was a trustee of the Marble Savings Bank, and connected with the Vermont School Seat Co. and the P.E. Chase Manufacturing Co.

It may be said that one of the chief traits of character of the deceased was the firmness displayed in his convictions. He never feared to tell what he believed, no matter whom it hit. He was of a generous disposition, and a staunch friend. He had a great hatred for deceit and fraud, and never failed to expose it if he was aware of any such actions. A man with a large heart, as a brother-lawyer expressed it, while in the family he was spoken of as an exceptional man.

Judge Dunton was a public spirited man, took an active interest in the welfare of the town and village and on several occasions had introduced important matters into those meetings. He was a staunch Republican and was always more or less active in the campaigns.

In 1862 Judge Dunton was married to Miriam Barrett, daughter of the late Deacon James Barrett, who, with four children, and a brother, Mr. W.H. Dunton, survive him. The funeral will be held at the house at 2:45 p.m. on Friday, and the members of the bar and G.A.R. will attend in bodies.