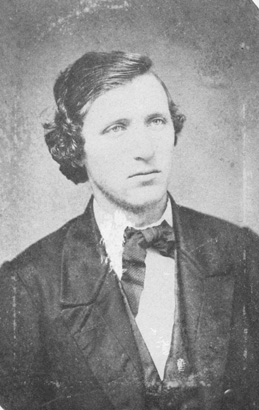 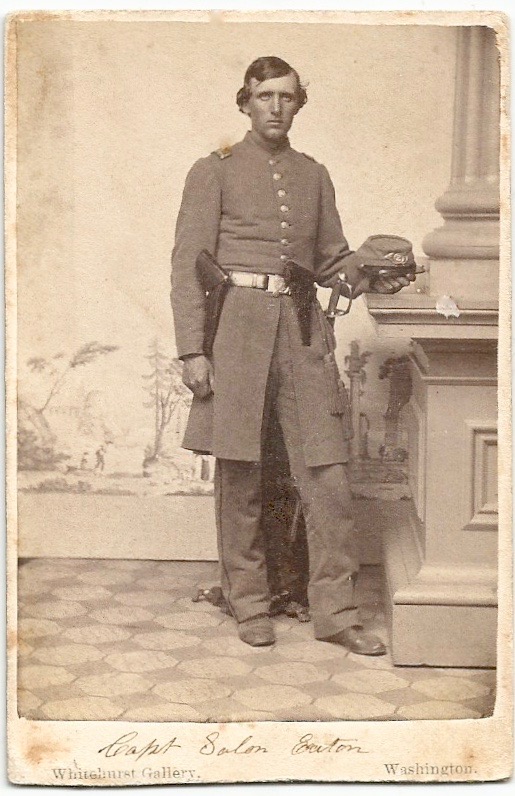 Was the son of Reuben W. and Phimelia (Sherman) Eaton of West Addison, Vt., where he was born 6 February 1839. He prepared for college at Barre academy under that veteran of Vermont teachers, Jacob S. Spaulding. While pursuing his college course he taught three terms in the public schools of Addison and Panton. He entered the law office of the Hon. G. W. Grandey of Vergennes, but when the war broke out gave up his professional studies and raised company K of the 2d Vermont volunteers, and was chosen its captain. He was at the first battle of Bull Run. Owing to an attack of malarial fever contracted in the swamps of the Chickahominy he was sent home to Vermont to recuperate, and spent some time while in the state as recruiting officer. From the effects of this fever he never fully recovered. He resigned his commission 4 August 1862 and entered Harvard law school, receiving the degree of LL. B. in 1864. He began the practice of his profession in Burlington, Vt., but ere long went to California for his health. For some time before his death he lived on the old farm in Addison. He died after a brief illness of typhoid pneumonia 4 April 1886.

He was a man of fine intellect and a brave and resolute soldier. He entered heart and soul into the war for the Union and passed through a varied experience. He was tendered the position of lieutenant-colonel but declined it on account of his broken health.

Source: University of Vermont Obituary Record, Compiled by a Committee of the Associate Alumni, No. 1, Burlingtom, 1895, page 122-123.