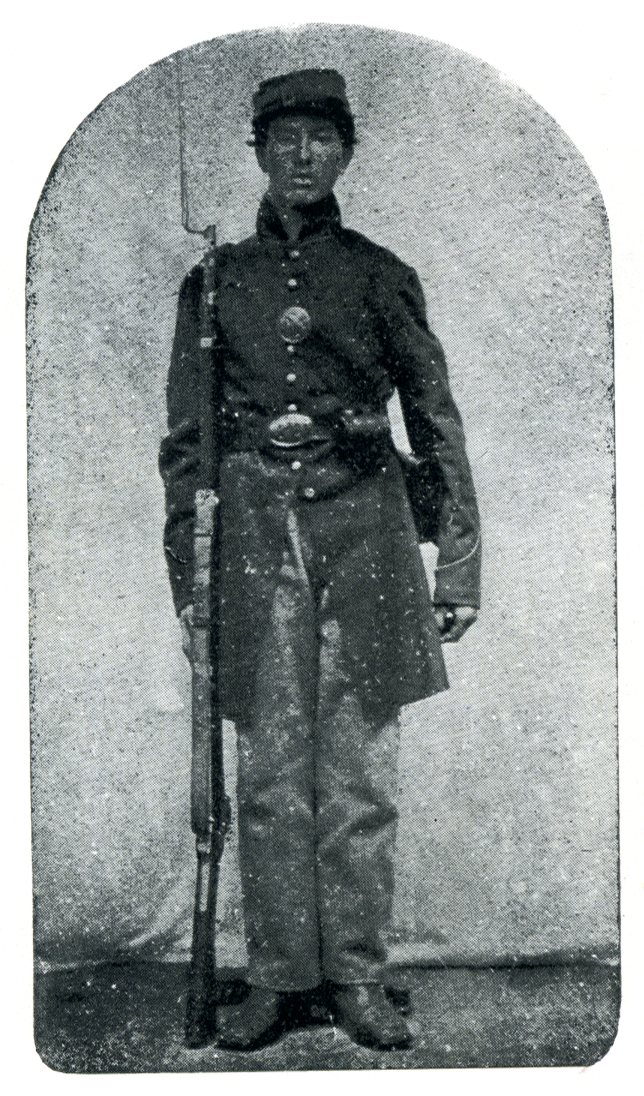 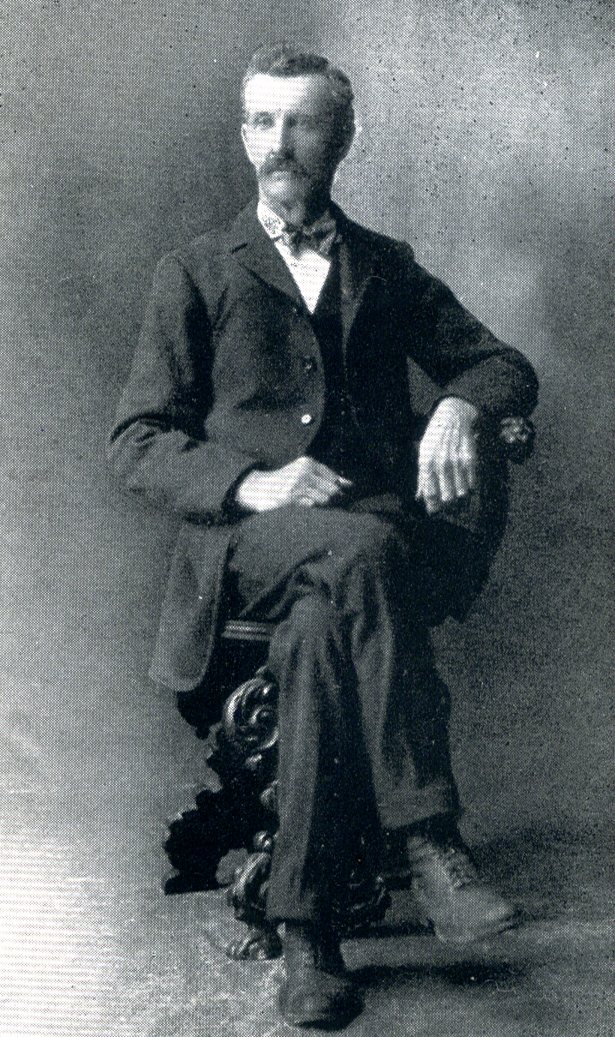 JAMES M. HOGABOOM was one of Hlghgate's bravest volunteers, though a mere boy not out of his teens. He volunteered the last day of August, 1862, and was present at the organization and ¦election of company officers of what was first called Highgate Company, later Company K. At this election James cast his first vote and was much elated that he was placed on a level with the rest of the boys though not yet 21 years old. His age was 18, very slim, was awkward in gait and in every way. Was a green looking, untutored Yankee boy, but honest, truthful, well behaved and anxious to know what ¦was required, and prompt to obey and quick to learn. He had but few faults and no vices. Was an innocent, bashful and shy young fellow, that evidently had seen but little of the world or traveled beyond the limits of his native county. Had never attended even the district schools of his native town but a little. His education had been sadly neglected. He was naturally bright enough and might have been a fair scholar if he had been sent to school. Born in Highgate in 1843, and a farm hand and a very good, faithful, trusty boy on the farm.

The uniform furnished him was not too long, but very much too large, so slight and slim was he that it seemed difficult to stand erect and as you saw him walk^ would expect to see him double up like a jack-knife at every step. He was blessed with a good constitution and had a wonderful appetite, was a healthy young boy, and very willing to be made into a soldier, and no better raw material enlisted into Company K. The only spot that he failed in was shoveling Virginia Mud in building Fort Lyon between Camp Vermont and Alexandria City. He said he was willing to fight but could not handle that mud. James M. was always on duty, and found as little fault as any and remained with his company to the end. He came very near being killed on Pickett's charge the last day of the battle at Gettysburg when our regiment was returning to position. He was in the ranks near Corporal William Church who was torn to pieces by an exploding shell. The concussion doubled up Min, as we called him, and rolled him over like a hoop, but was soon on his feet again looking to see what had happened, was a little dazed, but followed on in a hurry and took his place as if nothing unusual had happened, and that was true, for explosions of shell and concussion had been frequent and often nearby for two days and was expected at any moment and anywhere, and Min thought it simply an incident in battle and was happy that no mortal injury had befallen him. The bursting of shell had burned his coat tail a little and filled the skin of the back of his hands with powder, but he was all right in a few moments and as cool as ever. He said after the battle was over when we were crossing the battlefield where it happened, that it was lucky for him that he was slim, or would have been killed sure. It was a close call. I was very near by and saw the occurrence, and Min when he got up from the ground. I supposed tor the moment he too, was killed. James Monroe Hogaboom was mustered out with the regiment at Brattleboro,. July 21st, 1863, with a first class record and as good as any of Company K. He returned home and in due season married and has followed the life of a farmer and left his footprints on the sands of time, and did his full duty in the pursuit of happiness and peace in preparation for war, for he has now, January, 1906, six boys grown up, all stalwart, brave and strong and one girl. I doubt if any outside of Company K can show a better record in married life than my esteemed comrade, James Monroe Hogaboom. except Ashael Manning, that little short, slight boy from Alburg, Vt., who has twelve children, seven boys and five girls, but I will tell about him when his name is reached in the alphabetical order. I see Hogaboom quite often, and relentless time has made but slight change in his look|j and general appearance and in confirmation of this opinion look on page 417 where his pictures as a soldier and now at this writing, January, 1906, appears. He resides in the town of St. Albans,, still happy and contented and proud of the fact that he was a soldier for his country when needed.