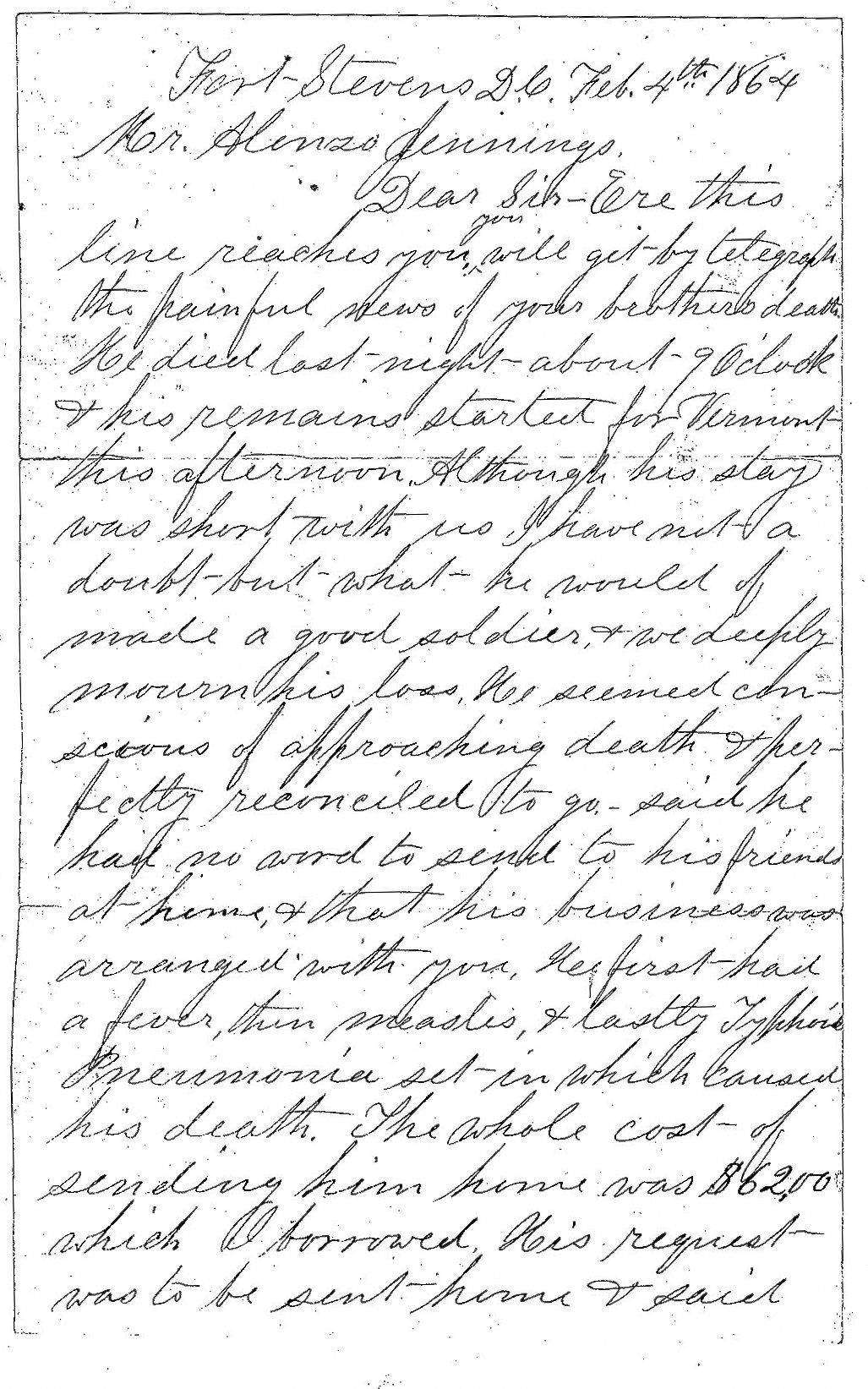 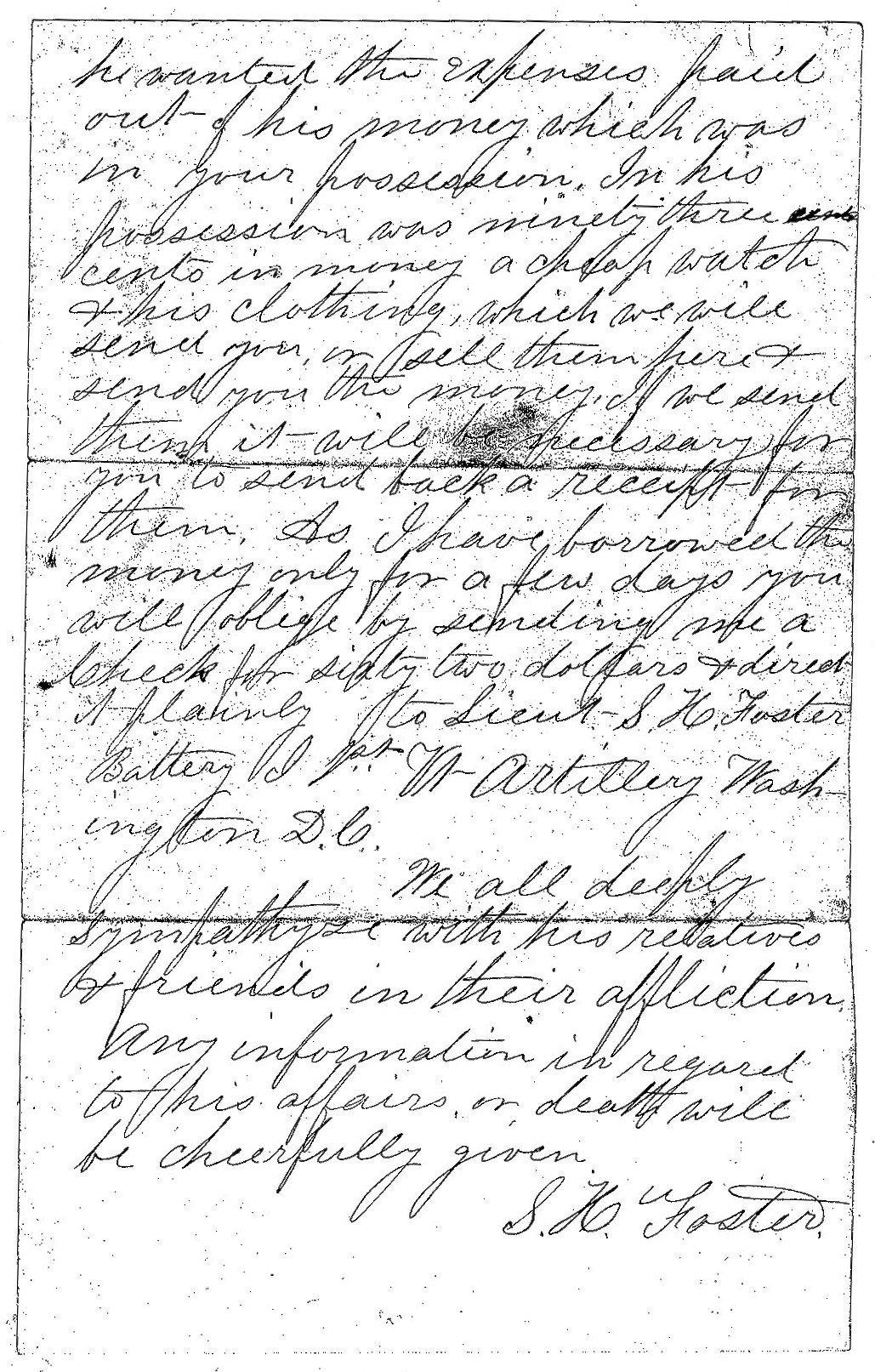 Dear sir -- Ere this line reaches you, you will get by telegraph the painful news of your brother's death. He died last night about 9 o'clock & his remains started for Vermont this afternoon. Although his stay was short with us I have not a doubt but what he would of made a good soldier & we deeply mourn his loss. He seemed conscious of approaching death & perfectly reconciled to go -- said he had no word to send to his friends at home & that his business was arranged with you. He first had a fever, then measles & lastly Typhoid Pneumonia set in which caused his death. The whole cost of sending him home was $62.00 which I borrowed. His request was to be sent home & said he wanted the expenses paid out of his money which was in your possession. In his possession was ninety three cents in money a cheap watch & his clothing, which we will send you, or sell them here & send you the money. If we send them it will be necessary for you to send back a receipt for them. As I have borrowed the money only for a few days you will oblige by sending me a check for sixty two dollars & direct it plainly to Lieut. S. H. Foster Battery I 1st Vt Artillery Washington D.C.

We all deeply sympathize with his relatives and friends in their affliction.

Any information in regard to his affairs or death will be cheerfully given.

MR. EDITOR -- Below is a record of all the deaths that have occurred since the time above stated, with the exception of a few cases of varioloid, which have not been sent to us from General Hospital as yet. I will give their names and age, with the disease, and the date of their death.
...
Ira E. Jennings, (Btry) I, aged 22, of pneumonia -- -sent home Feb, 3d, 1864.
...
The above is a true record of all that have died in our hospital, as before stated, making in all ninety-three cases in one year and a half. Perhaps some may think this is a pretty large amount of sickness and death in so short of time; and it seems that thus it is. I have been connected with the hospital department all the time, with an exception of a few weeks. We have things very convenient at present, so that the sick are, and can be well taken care of, and I think they do have all done for them that can be for the place.