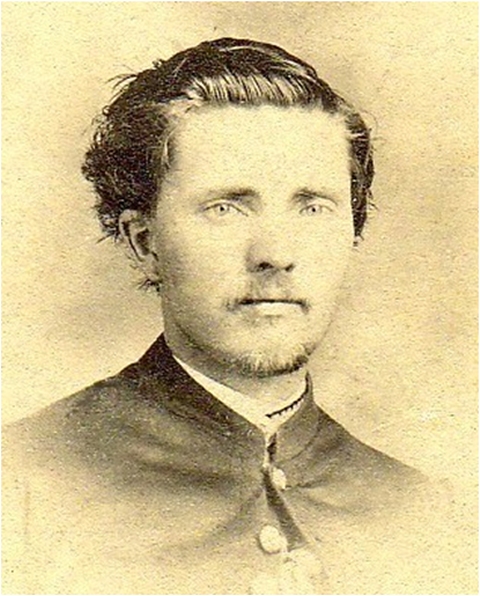 According to papers in the family's possession, he took part in the Kilpatrick/Dahlgren raid. His unit left Stevensburg, Va., on 28 February, he was wounded in the left thigh and hip on 1 March, and taken prisoner at Green Farm the same day.

In his own words, "I was with Dahlgren's command on Kilpatrick's raid to Richmond. I was wounded in the left thigh and hip in a charge through the rebel lines at the Green Plantation, Va. Weakened by loss of much blood I was taken prisoner and taken to Richmond (Libby Prison). I stayed there four long weeks. The only food I had while in the old tobacco house was a half pint of rice soup (maggots, rice and all), a dainty morsel of wine combined with a piece of corn bread (cob and all ground together). This we had twice a day and was glad to get it. One hundred boys in the same room all got the same ration. We never threw any of it away."

Paroled on 16 April, he was discharged on 14 June 1865, and returned to Cornwall. In 1880, single, he was living in Middlebury, a day laborer. By 1910, he was retired, living in Holyoke, Mass., with his son. He died in Middlebury 18 April 1921; interment in West Cemetery, Middlebury. His death certificate listed his occupation as retired carpenter.