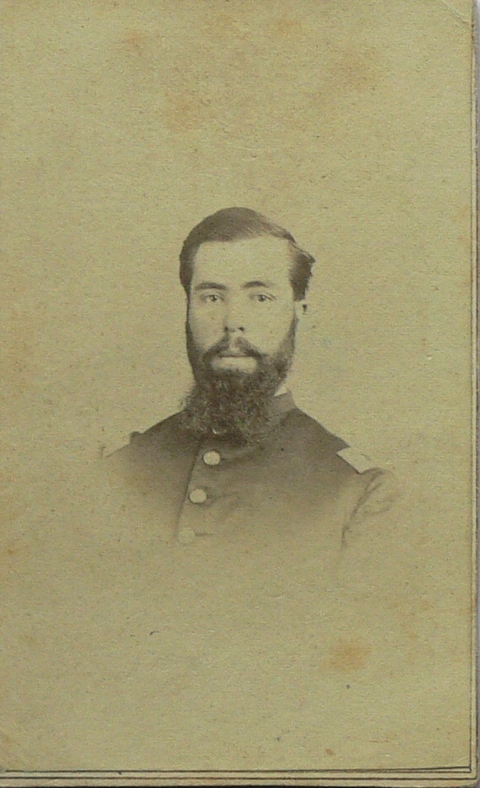 FROM THE CAVALRY REGIMENT

The following which we clip from the Irasburg Standard, is from Lieut. H.C. Flint, who, it will be recollected by many in Johnson, taught school in that village last winter. H.C. is the son of Wm. S. Flint of Irasburg, formerly of Lowell

As the biting frost of November nights approach, and the bleak and chilling winds come sweeping around us from the lake, your readers will wonder if the boys in camp at Burlington are suffering from the effects of such weather, or if they are well provided and comfortable as the circumstances will permit. In answer to this I am most happy to say that the regiment is well provided. There are but two articles of which we are in great need and those are flannel shirts and gloves. The quartermaster says it is impossible to obtain the shirts at present. The men are not suffering for these articles----that is, my own company----as they had one pair furnished them with their fatigue suit, but if they are not supplied before long they will materially suffer. The clothing of this regiment has not been surpassed, probably, by any regiment which has left the state.

There is not a man in the whole regiment who has enlisted to serve to serve and fight for his country, who can or ought to raise a murmur against the provisions which have been made for us, yet we should be extremely glad if we could pay the soldiers their due, as many of them need it for their families.

The general health of the company is good. There are some cases of colds---none alarming, yet I fear if the regiment remains here long there will be a great amount of sickness in camp. It is the universal desire of the company that we move for " Dixie Land". 'I wish I was in Dixie" is sung with feeling which shows that the men are speaking their earnest desire. If we go this winter it is thought we shall leave within two weeks, and upon our horses we shall travel to the Potomac.

The arms of the regiment have not come.If we move very soon, which is quite improbable, they will not be supplied here. It is not yet known whether we are to be heavy or light dragoons, consequently we have no drill except upon horses, and if a man wishes to enjoy a good laugh he cannot find a better subject then the scenes here to be witnessed. To see the regiment mounted and marching in a straight line, making " a line of fours" a mile long is the grandest, and most animated and stirring scene ever witnessed in the Green Mountain State. Whether it is beautiful or not, we have been promenaded through the streets of Burlington four times. When we came into camp last Friday night, we were literally covered with sweet, both men and horses.

We have some noble and generous officers for the regiment. Lieut Col. Kellogg is one of the most ingenuous and kind hearted men I have ever had to do with.. He is ceaseless and untiring in his exertions for the welfare of the regiment.

I hope very soon we will be able to inform you that we are to "strike tents" and leave for the seat of war, for this regiment is composed of the noblest sons of Vermont, and they are anxiously awaiting orders to move that they may participate in the defense of the best government in the world.

FUNERAL OF CAPT. FLINT - The body of the late Capt. H.C. Flint was brought home on Wednesday evening last week and buried on Sunday. His funeral was attended by a great number, the church being packed to suffocation, lobby, aisles and gallery filled, while many could not gain an entrance at all. It was a funeral where all were mourners. We do not deem it expedient to go into the details of the funeral exercises ; all were appropriate and in good taste.