Funeral services for Henry Harrison Lee, 83, Civil war veteran, who died yesterday morning at his home on Williams street will be held at 2 o'clock Saturday afternoon at the house.

Mr. Lee was born in Castleton, March 11, 1841, son of the late Henry Bird Lee. He received his education in the Castleton schools and later learned the carpenter's trade. After serving in the Civil war as a member of Company K, 12th Vermont regiment, he returned to Castleton, where he took up his trade. Later he became a traveling salesman for a New York concern and was employed in that capacity for more than 35 years.

He was a member of Roberts Post, Grand Army of the Republic and Center lodge, F. and A.M. 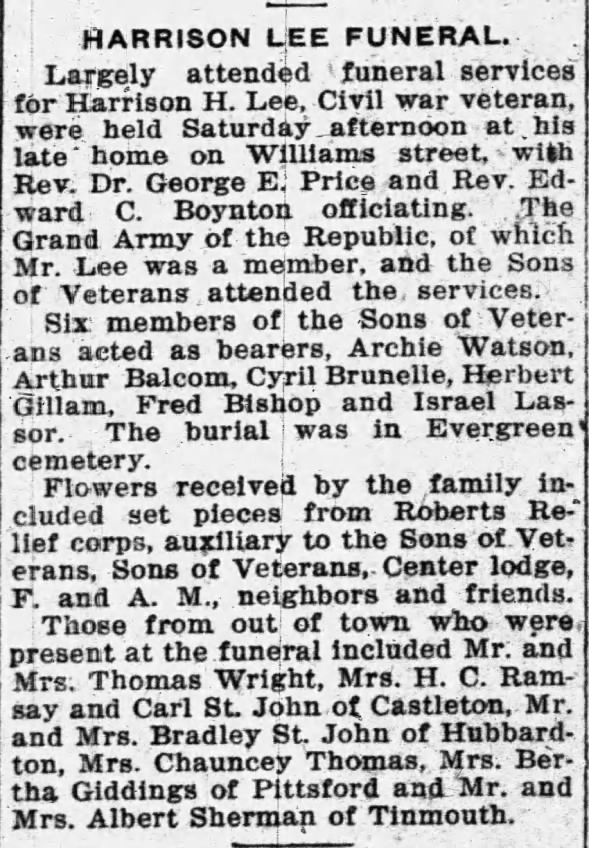