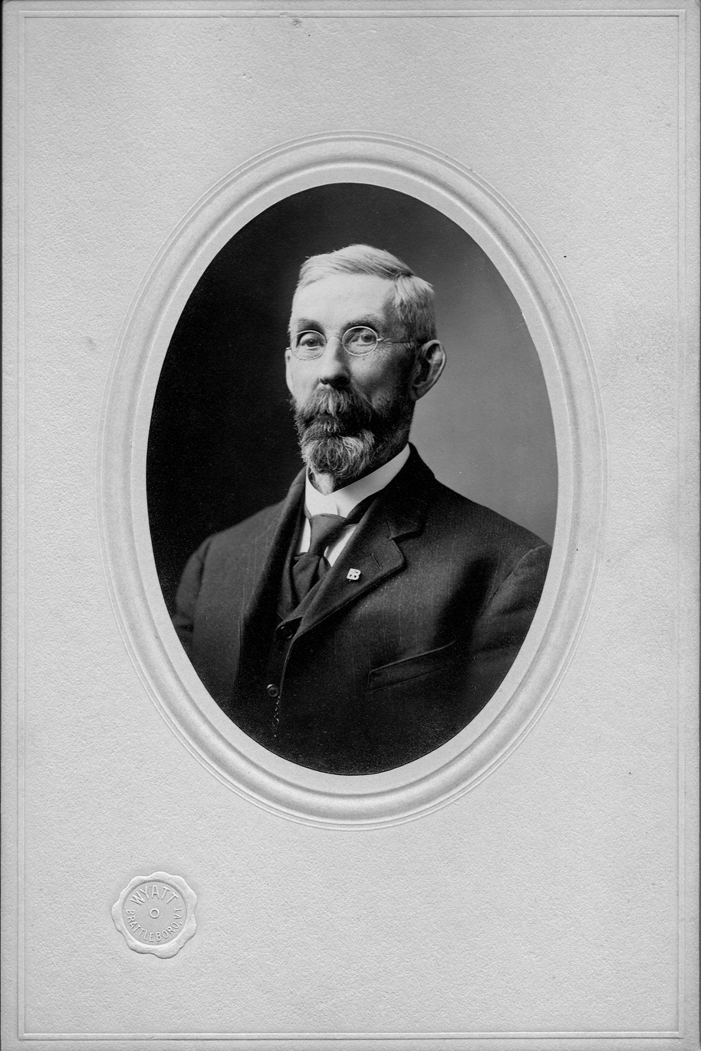 (Contributed by Wes and Linda Ives)

Brattleboro, March 6 - James P. LeRay, 82, died at his home on Greenleaf street at West Brattleboro this afternoon after an illness of about six weeks. He was born at Rowe, Mass., October 22, 1845, a son of John and Rachel (Stafford) Le Ray. His younger days were spent at Searsburg (Vt.) and he came here in 1870. He lived on a farm until about 15 years ago when he moved into the village. He married Louisa M. Huntley of West Dummerston, the ceremony being performed at Brattleboro. Mrs. LeRay died December 11, 1911.

He enlisted in the 2d Vermont battery of light artillery on August 29, 1861, for one year, and was discharged July 31, 1865. During service he was stationed around Port Hudson. He was a member of Sedgwick post, G.A.R. He was also a member of the West Brattleboro Baptist church.

He is survived by two sons, Frank C. LeRay of Brattleboro and Harry H. Leray of Guilford; also seven grandchildren. The funeral will be held Thursday afternoon at 2 at the West Brattleboro Baptist church, Rev. Frank R. Doore officiating. The burial will be at Meeting House hill cemetery in the spring.