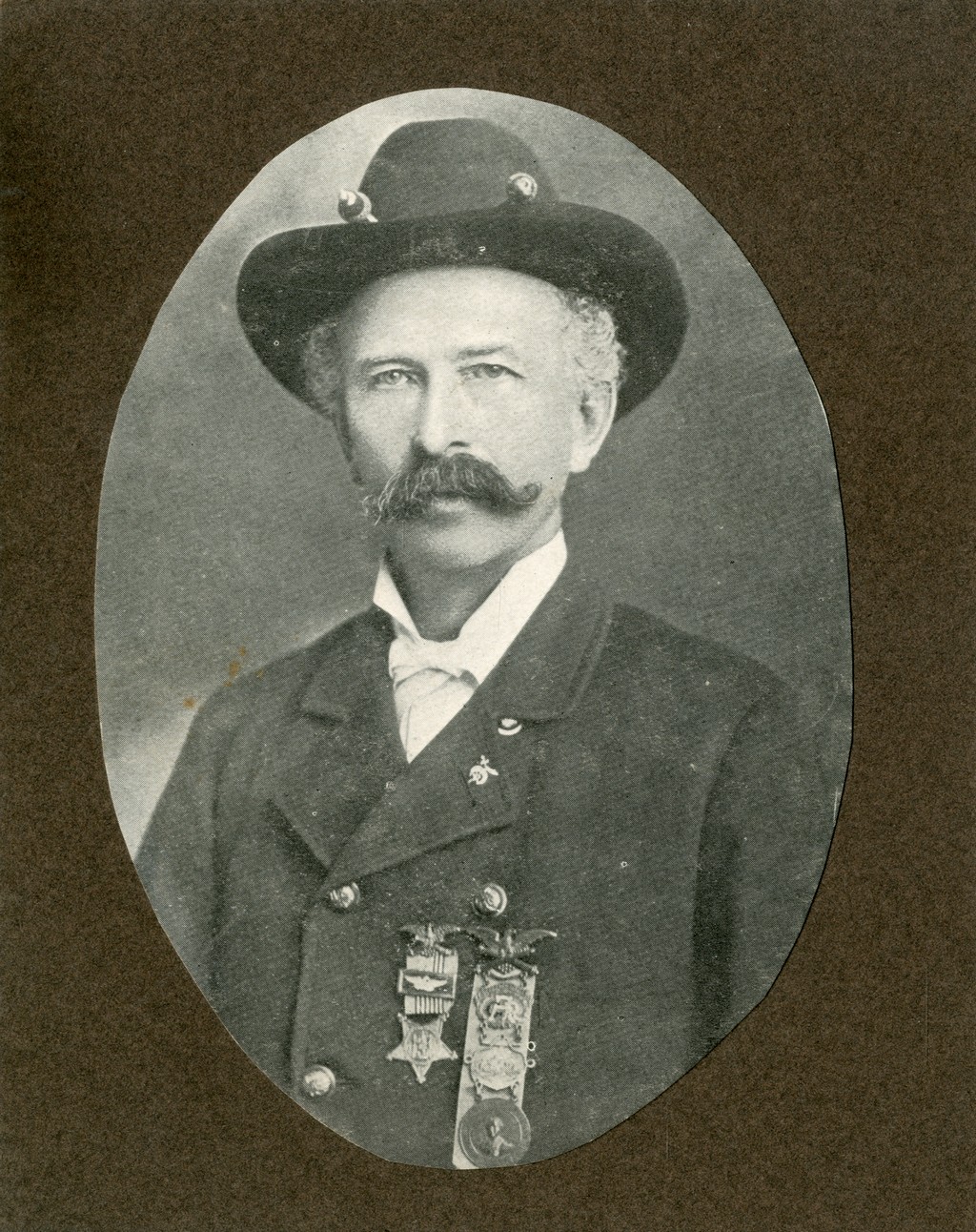 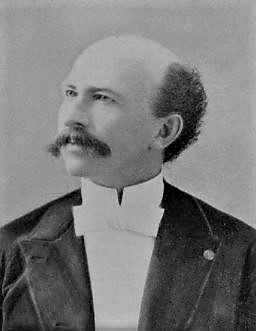 E. J. Foster, brother of L. R. Foster, Jr., enlisted from Moretown, as drummer of Co. B, at the age of fifteen. He was small, slight and fair, and much like a little girl, which gave him the sobriquet of "Little Nellie," or "the daughter of the regiment." He was one of the youngest who went into the war and was a pet among the men. He was of a sunny nature and his face was wreathed with smiles. As the company lay at Conrad's Ferry, in the spring of 1863, the Surgeon thought because of his youthfulness, his aesthetic nature and slight indisposition, that he had better be sent back to the hospital. But the men desiring to keep him with them, gave him a frightful picture of hospital life and made him such good promises that he afterwards eschewed the Surgeons and remained with the regiment until it was mustered out of service. With the exception of a short furlough to his home in Vermont, the last spring of the war, he was never absent from the regiment during its term of service. After the organization of the regimental band, he being of a naturally musical turn of mind, was taken into that and given an alto horn, upon which he improved in playing until he was given the solo part to play. He still has in his possession the "solo-alto horn" given him by the regiment, which he cherishes with fond memory. He continued the study and practice of music after relegation to citizenship, and became more than an ordinary performer on the organ and piano. He also cultivated his voice for singing. He resumed his studies at school, which he continued until he took up the study of medicine. He was drilled to some extent in allopathy and was graduated from the Homeopathic College in Philadelphia, from which he receive the title of M. D. Some time afterwards he graduated from the Massachusetts Medical College and received the degree of C.S.D. In November, 1888, he was adopted legally, according to the law of Massachusetts, by the Rev. Mary B. G. Eddy of Boston, and Eddy was added to his former name, so that in Boston he is known by the name of Dr. E. J. Foster Eddy. His own mother died when he was about twelve years of age. His mother by adoption and he have two beautiful homes; one on Commonwealth Avenue, Boston, and a country residence in Concord, N.H. He has been especially favored and his lot is an enviable one.

Waterbury Center, Nov. 13. - Dr. Ebenezer Johnson Foster, adopted as the son of Mary Baker Eddy, founder of Christian Science, when he was 41 years old, died at his home here yesterday, aged 83. He had been ill two weeks.

Dr. Foster came here to this isolated village in the Green Mountains almost 40 years ago after his active connection with Mrs. Eddy ceased. He was adopted in 1883 and four years later was made Mrs. Eddy's publisher. This post he held until 1896 when he was sent on a mission to the Philadelphia church and then retired to Waterbury.

Previous to his connection with Christian Science, dr. Foster had been a practicing physician. He was a graduate of the Hahneman Medical college, Philadelphia, and was a member of the Vermont State Homeopathic Medical Society.

Dr. Foster was one of Mrs. Eddy's heirs.

He was the last Civil war veteran in this village.