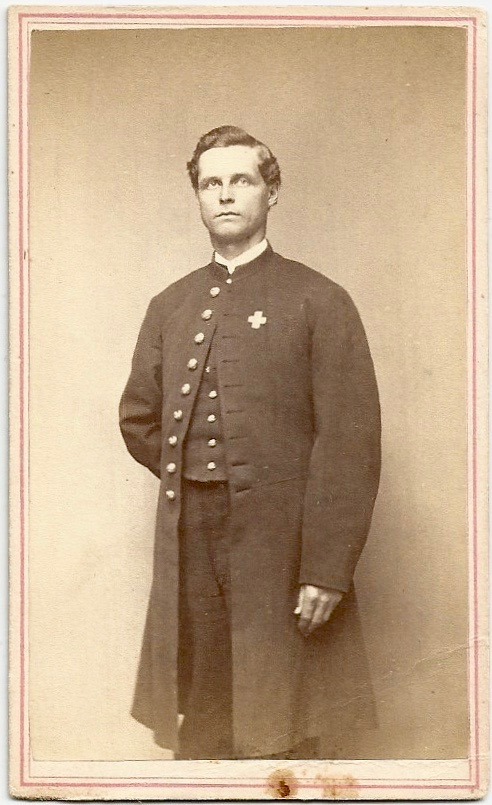 Henry Franklin, an aged veteran of the Civil War and a resident of Centreville many years, died yesterday in the soldier's home at Bennington, where he had lived practically all the time since the home was opened over 20 years ago. Mr. Franklin enlisted in Company C, 2d Vermont regiment, and rose to the rank of first lieutenant and for some time commanded the company as the senior officer. During his residence in Brattleboro he worked in the grain mill in this village and later in one in Centreville. He also was employed at one time in a sewing machine factory.

He was in charge of dining and smoking room and other rooms at the soldier's home for many years, but of late years had been in ill health. He leaves one son, Guy R. Franklin, employed in the Stellman machine shop.

The body will be brought here late this afternoon and the funeral will be held tomorrow. Rev. Thomas W. Owens, pastor of the Methodist church, officiating. The burial will take place in Prospect Hill cemetery.