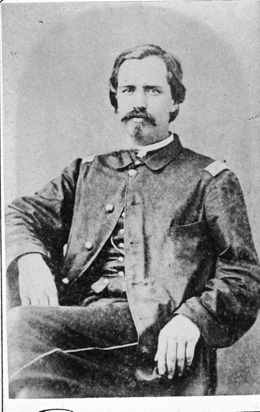 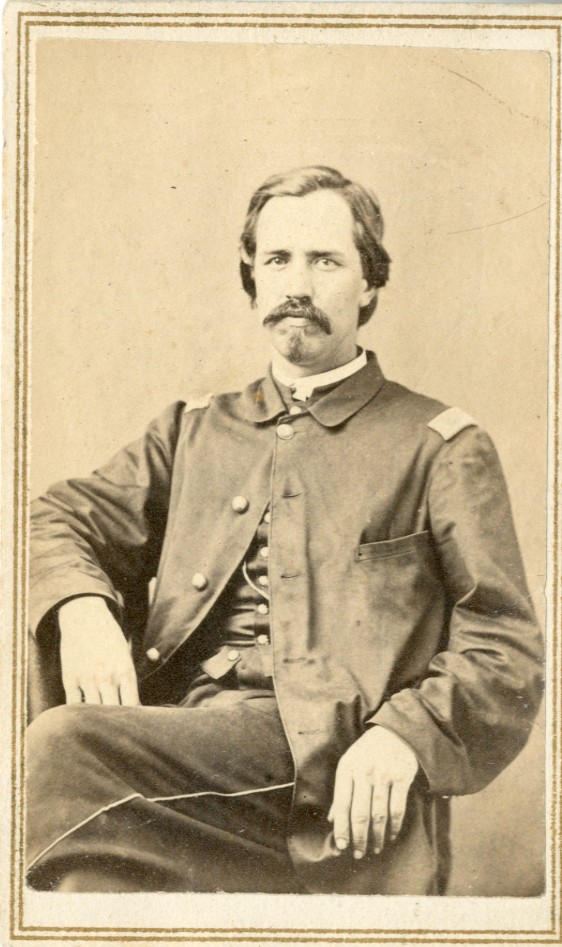 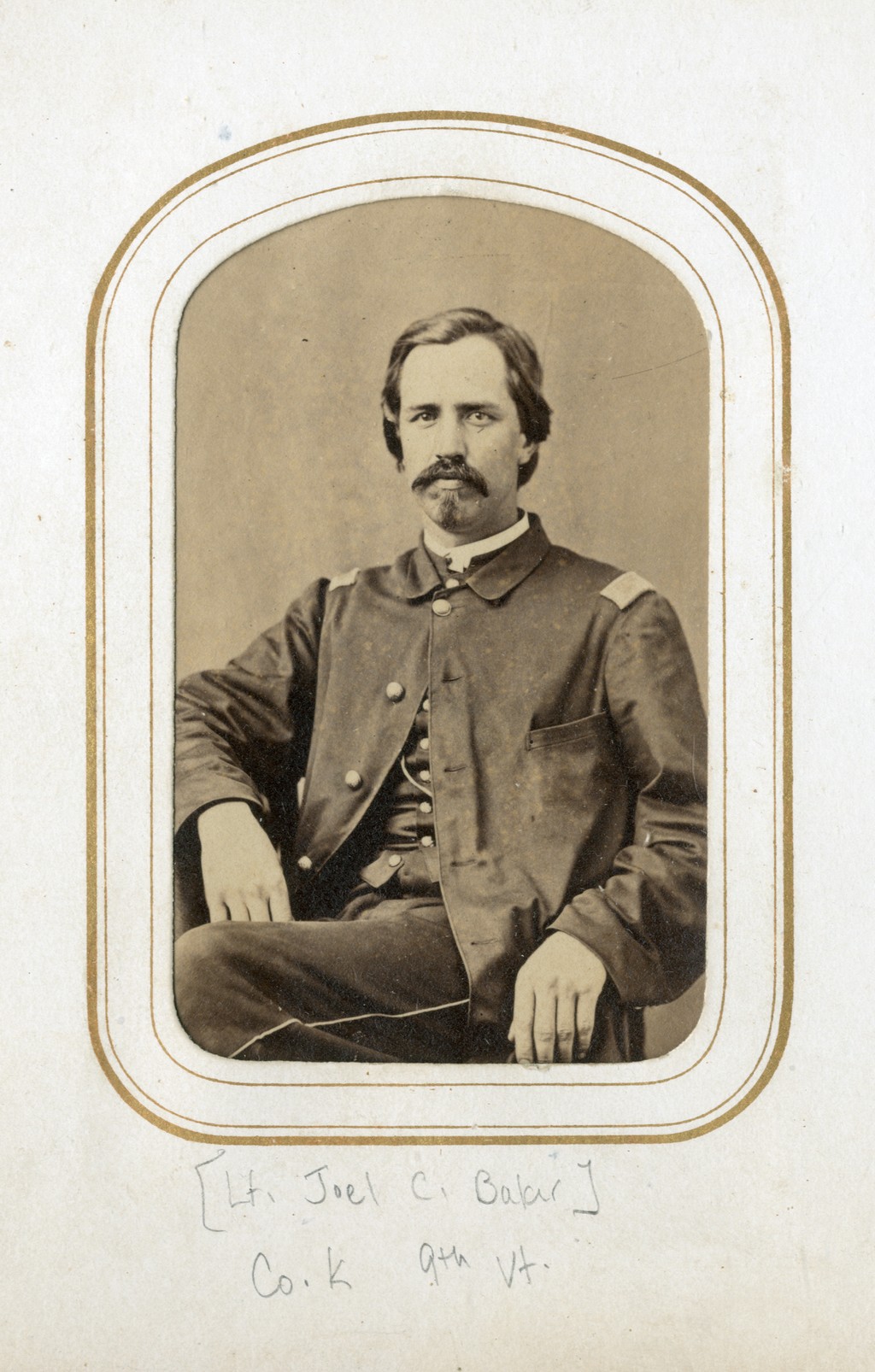 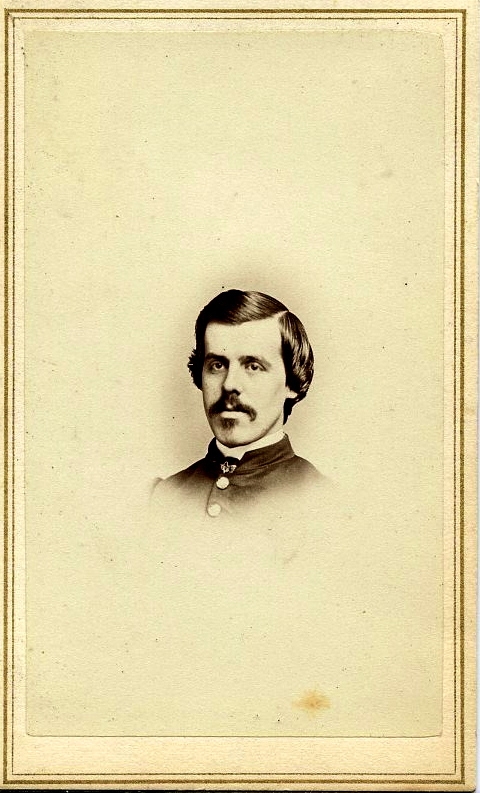 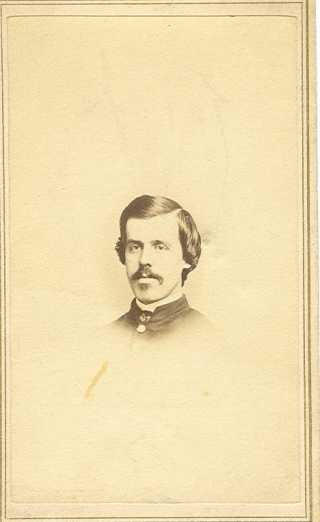 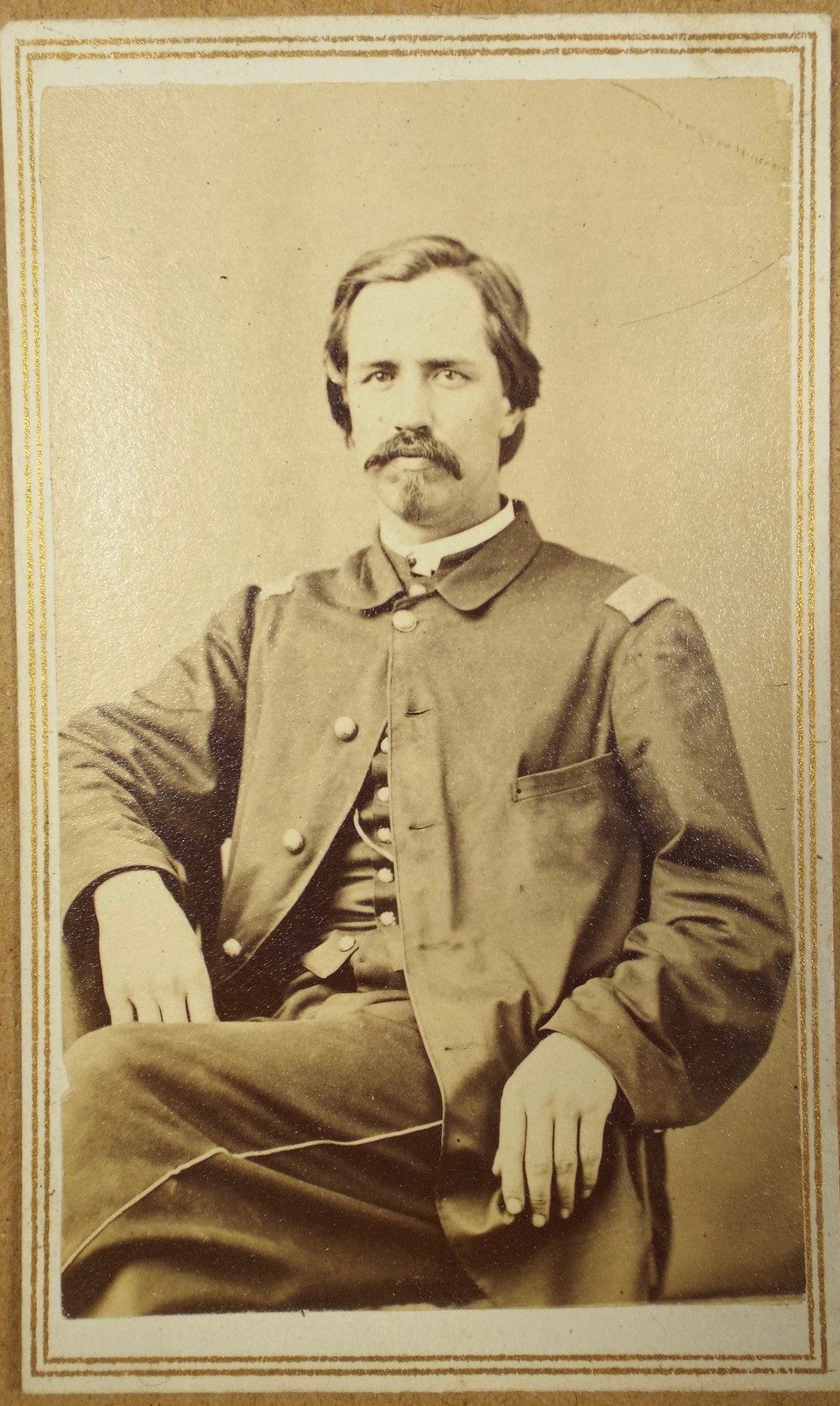 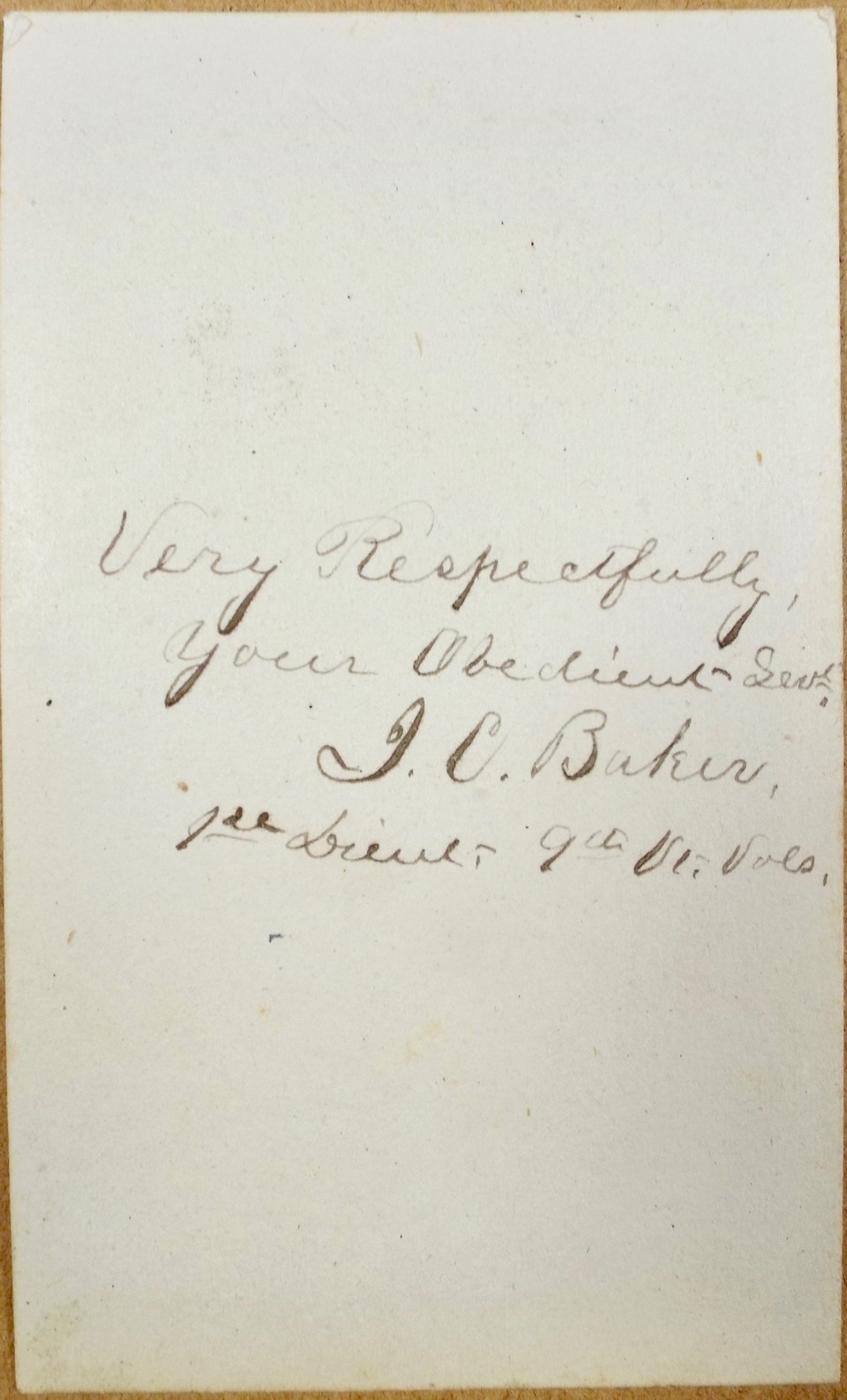 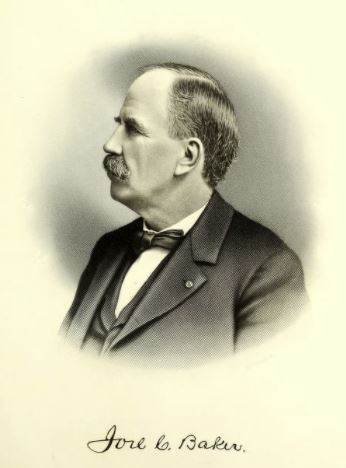 Mr. Baker seems to have inherited a goodly share of the sterling character and sturdy independence of his Scotch progenitors.

Educated at the public schools of Danby, Wallingford, and at Poultney Academy, in 1858 he began the study of Latin and Greek with Philip H. Emerson. In 1859 he commenced the study of law in the office of Spencer Green of Danby, then changed to the office of David E. Nicholson of Wallingford, where he remained until 1862, when he was admitted to the bar of Rutland county court.

In 1862 he enlisted as private in Co. B, 9th Regt., Vt. Vols., was mustered into the service as sergeant, and before his discharge was successively promoted to the grades of 1st sergeant, 2d and 1st lieutenant, and finally captain. At the surrender of Harper's Ferry he was sent as a paroled prisoner to Camp Douglas at Chicago, where he remained until his exchange, Jan. 9, 1863, afterwards serving as guard over five or six thousand rebel prisoners. He then returned to the front, participating in many battles and skirmishes, and with the Army of the James, was present at the engagements of Chapin's Farm, Fair Oaks and the capture of Richmond. He was among the first to enter the city, reaching the residence of Jeff Davis where the Confederate flag was still flying, which he pulled down and took away with his own hands. While he was in North Carolina, Congress organized provost courts in which Captain Baker had a good deal of practice. After his return from the army he pursued his profession in Wallingford, but in 1868 removed to Rutland, where he still resides. He has attained a very high reputation as a lawyer, in both civil and criminal practice, and has conducted several cases of notable importance in Rutland and Bennington counties as well as in the 4th district in New York, and also before the United States circuit and supreme courts.

Mr. Baker has important real estate interests in Rutland; is director in the Clement National Bank, Howe Scale Co., the P. E. Chase Manufacturing Corporation, the Rutland Herald and Globe Association, having been the editor of that paper from 1869 to 1873.

He has discharged the duties of superintendent of schools and grand juror in the towns of Wallingford and Rutland, and has been register of probate and deputy county clerk. He is a Republican and was elected state senator in 1886, serving on the committees on the judiciary, railways, and the insane. He was for two years county auditor, and is now city attorney.

Mr. Baker has also joined the ranks of Masonry, affiliating with Chipman Lodge, No. 52, of which he has been junior and senior warden, and is now a member of Center Lodge, No. 34. He also belongs to the Rutland Royal Arcanum, and is interested in the Y. M. C. A. of that city. He is a companion of the M. O. of L. L., and a comrade of the G.A.R.. In his religious preference he is an Episcopalian.

The funeral of Hon. Joel C. Baker was held at Trinity church Rutland, Thursday afternoon at 3 o'clock. The attendance of friends and members of the different organizations to which he belonged, was large, the church being completely filled. The Episcopal service was used.

The remains encased in a plain black casket, were taken to the church shortly after 1 o'clock and laid in state until the hour of service in the vestibule surrounded by a guard of honor from the Knights Templar.

As the different organizations passed by the casket, covered with the flag of the Grand Army and the Loyal Legion, and with the sword and chapeau of the Knights Templar surrounded by masses of roses and carnations, the guard stood in the position of salute and the same honor was paid by the procession as it entered the church.

The chancel was banked with the flowers given by the several organizations and individuals and their perfume filled the church.

Among those present were Col. Thomas Hannon a former comrade, O.M. Barber, J.K. Batchelder and others from here. The burial was in Evergreen cemetery, the Knights Templar ritual being used.