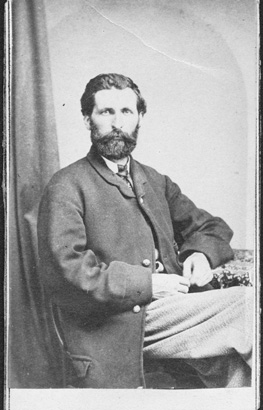 Asa D. Matthews, of Barton Landing, Vermont, a veteran of the Civil War, was born in Sumner, Oxford county, Maine, September 23, 1834. he received his preliminary education in the public schools of his native town, and later attended the academy at South Paris, Maine. When he attained the age of nineteen years he removed to Massachusetts, and engaged in the boot and shoe business, in which he continued until the breaking out of the Civil War, when he enlisted from Bennington, Vermont, August 7, 1862, as a private in Company F. Eleventh Regiment, Vermont Volunteer Infantry, or First Artillery, and was mustered into United States service September 1, 1862, under the command of Captain James Rice. On October 21, 1862 he was promoted to the position of first sergeant; August 19, 1863, to second lieutenant, and on January 24, 1864, to first lieutenant. The regiment, under the command of Colonel James M. Warner, was assigned to the Vermont Brigade, Second Division, Sixth Corps, and participated in the following battles: Spottsylavina, Virginia, may 25, 1864; Cold Harbor, Virginia, June 1 to June 12, 1864; Petersburg, Virginia, June 18, 1864; Weldon Railroad, Virginia, June 23, 1864. After June 12, 1864 Asa D. Matthews was in command of his company until it was captured at the battle of Weldon, and he was confined in prison at Libby, Macon, Savannah, Charleston, Columbia, South Carolina, and Raleigh, North Carolina. He was paroled in Wilmington, North Carolina, March 7, 1865, and sent to Annapolis, Maryland. he was one of six out of fifty-two men of the company that lived to come home, and was honorably discharged May 15, 1865, at the close of the war. During his confinement in prisons in Columbia, Charleston, and Savannah, Mathews made a set of chessmen of wood with a common jack knife and an old file. The chessmen are as perfect as though they were turned by some machine, and are corrected in style, although he had no model, but having been a chess player since boyhood his memory aided him in fashioning them. With these chessmen he played the game, and thus passed away many a lonesome day in prison. The chessmen are still in his possession and are as perfect as when he made them. 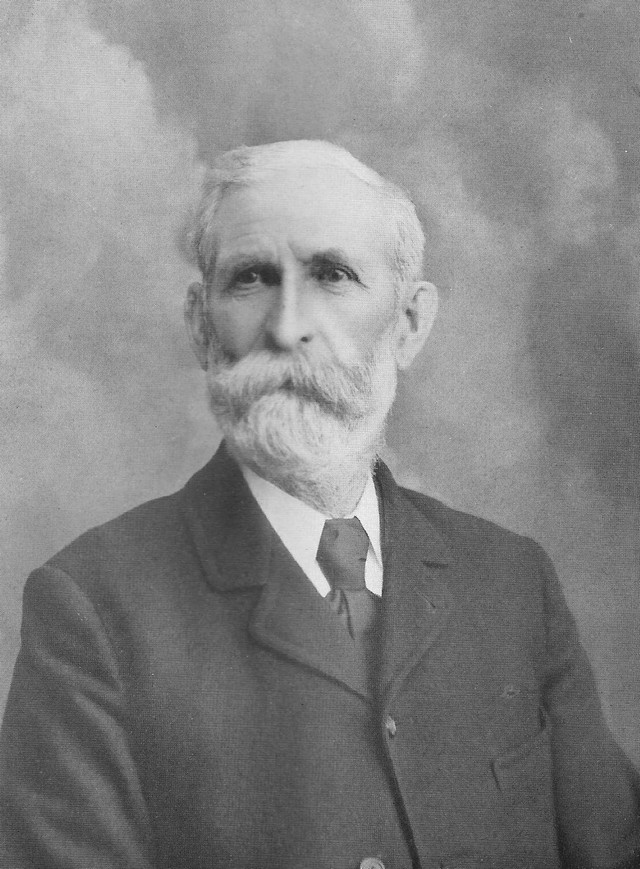 At he close of the war Mr Mathews returned to Barton, and was engaged as a carpenter and builder for twenty years. He served as one of the selectmen of the town of Barton for three years; was justice of the peace for thirty years, and one of the listers for eighteen years, and a school director for two years. In 1898 he was elected one of the associate judges for Orleans county, and he was re-elected in 1900, and still holds the position.

Mr. Mathews is a member of the Patrons of Husbandry, and he is also a faithful member, and strong supporter, of the Methodist Episcopal of Barton, Vermont. In his political views he adheres to the principles laid down by the Republican party.

On December Mr. Mathews was united in marriage to Miss Narcisa R. Buxton, daughter of Deacon Aaron Buxton, of Brownington, she died May 27, 1877. On December 25, 1882 he married Mrs. Mary McNeil. Children by his first marriage were; Frank, Carrie, Winthrop, and Ernest E.