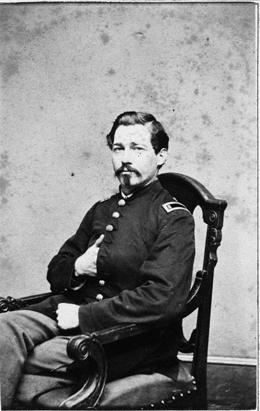 A dispatch was received in this village Wednesday forenoon by George O. Guild, announcing the death at Chicago, of his brother-in-law, Lyman C. Gale. No other particulars. As he was heard from only about two weeks ago as being well his death was supposed to be sudden. He was formerly of this village, and for a while a resident of Springfield.


Mr. Lyman C. Gale, the only son of Asa Gale, of Salisbury, died at Chicago, Illinois on Wednesday last. He enlisted in the Saxton River Company of the 4th Vermont regiment; after serving six months he was detailed as recruiting officer in the State, and was afterward was transferred as a Lieutenant in the Derby Line Company, attached to the Derby Line regiment. He was promoted for meritorious conduct in battle, and attached to Gen. Morris' staff as aide-de-camp. On the occasion of a review, having his leg broken by the kick of a horse, he was made so disabled that he was unable to join his regiment again before his expiration of service. His remains will be brought to Bellows Falls for burial.