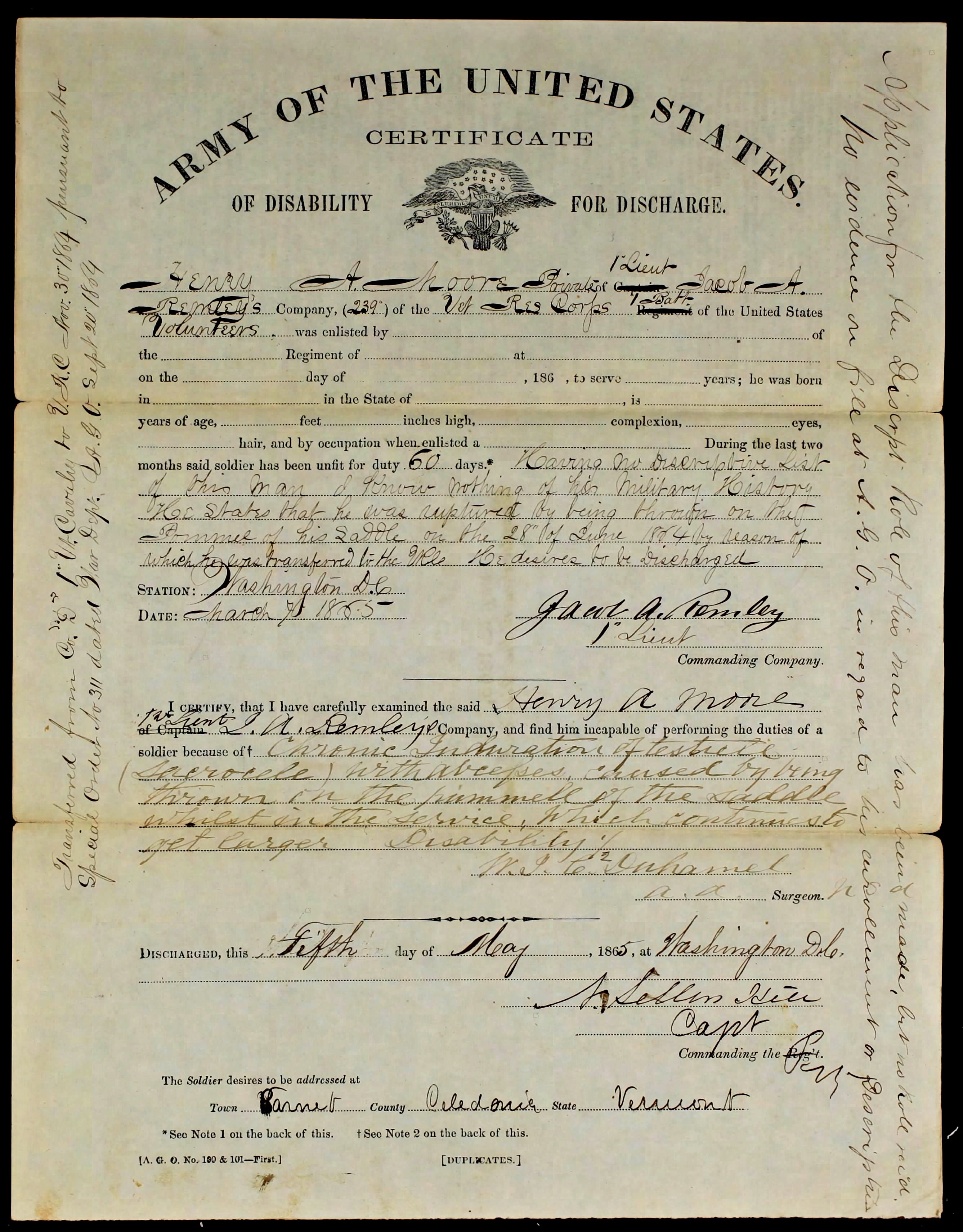 Henry A. Moore, one of the few remaining members of Chamberlin Post, G.A.R., died at his home on the Joes Brook road, Dec 14.

Mr. Moore had been in failing health some time past and two weeks ago took a hard cold which diminished his strength, weakening the heart, thus causing his death.

H. A. Moore, son of Samuel and Abegail (Wyman) Moore, was born March 18, 1841. He was the last of a family of eight children. The greater part of his life was spent in Barnet.

On Oct. 10Th, he enlisted from Danville in the 1st Vermont cavalry, Co. D, volunteers, was mustered into service, Nov. 19, under Capt. A. W. Preston. They left Burlington Dec. 14, for Washington, D. C. From there to Camp Harris, Annapolis, Md., for winter quarters.

The regiment participated in 75 engagements during the war. Mr. Moore was a captive of Mosby, placed in Libby prison for an extended time.

Funeral services were held from the Barnet Center Church, the Rev. Francis Laird officiating. Odd Fellows attended in a body rising the service at the grave, in Barnet Center cemetery.

The profusion of flowers from both in and out of town friends testified to the esteem and respect in which he was held.