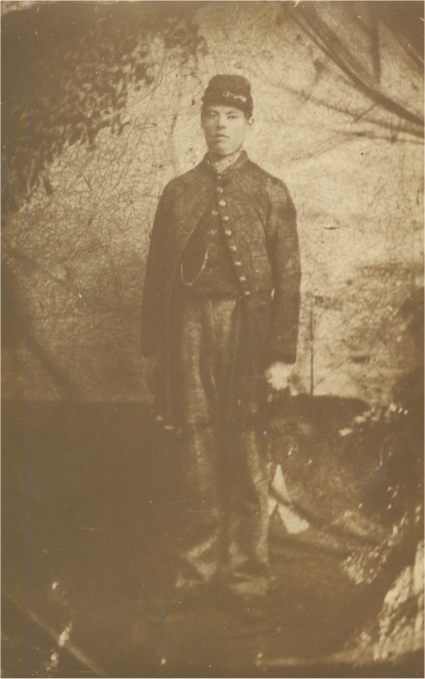 After an illness of a few months our dear brother, Elder D. P. Perkins fell asleep in Jesus, among his last utterances were the words of St. Paul, "I have fought a good fight, I have finished my course, I have kept faith." Brother Perkins was converted over forty years ago. The writer has heard him say that while serving his country in the Civil War and men were ailing at his right and left, thoughts of the future did not trouble him, for he was an infidel. Shortly after an honorable discharge from the war, there was a revival going on in the town where he lived. His wife was converted and through her, God spoke to him, and after being under conviction for weeks he went to his barn one day and offered his prayer, which was simply, "O God, if there is a God, reveal thyself to me." And who of us who have been privileged to hear him pray exhort and preach and plead with men to turn to God will no doubt know that God answered that prayer. For a short time he worshipped with the Advent Christian people. But hearing the truth that distinguishes us as a people, he accepted and was a loyal advocate of the same as long as he lived. Especially was he led out on the line of holy living, making wrongs right, and God used him in a wonderful manner in helping men that had been so entangled that they had given up hope. Hundreds will travel the streets of gold because of his faithful preaching. He was true to his fellow men and he preached the truth. There was no smoothing sin over and trying to cover it up, with this noble man of God. His wife of his youth died three years ago. He married for his second wife Sister Mary Page Eliot of Exeter, N. H. All could be done by his loving wife and a noble Christian son was done to stay the hand of the enemy death, but of no avail. He leaves to mourn, a wife, one son, 5 daughters, two brothers and a number of grandchildren. Words of comfort by the writer.