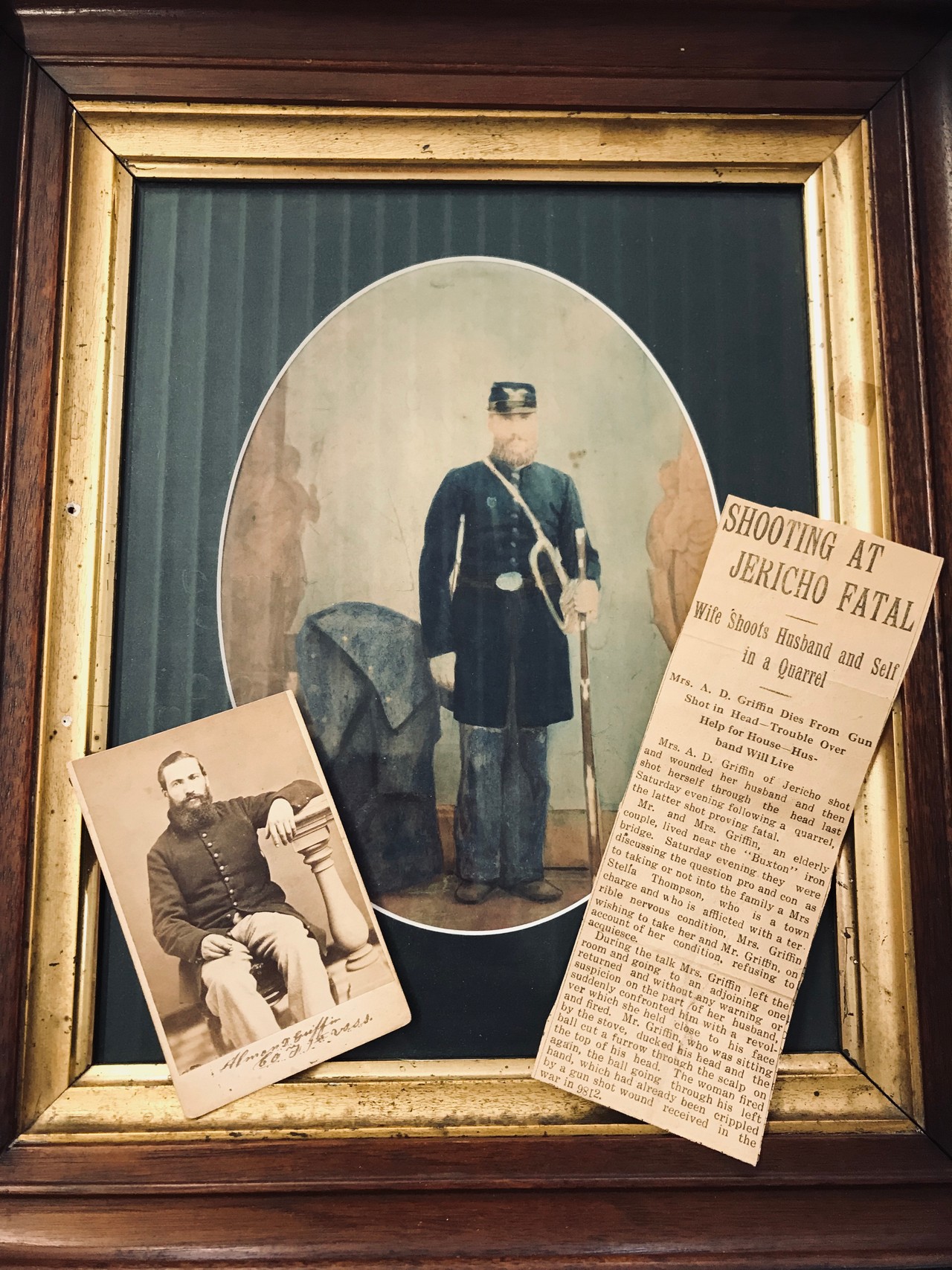 Shooting At Jericho Fatal
Wife Shoots Husband and Self in a Quarrel
Mrs. A. D. Griffin Dies from Gun shot in Head --
Trouble Over Help for Home -- Husband Will Live

Mrs. A. D. Griffin of Jericho shot and wounded her husband and then shot herself through the head last Saturday evening following a quarrel, the latter shot proving fatal.

Mr. and Mrs. Griffin, an elderly couple, lived near the "Buxton" iron bridge. Saturday evening they were discussing the question pro and con as to taking or not into the family a Mrs. Stella Thompson, who is a town charge and who is afflicted with a terrible nervous condition. Mrs. Griffin wishing to take her and Mr. Griffin, on account of her condition, refusing to acquiesce.

During the talk Mrs. Griffin left the room and going to an adjoining one returned and without any warning or suspicion on the part of her husband, suddenly confronted him with a revolver which she held close to his face and fired. Mr. Griffin, who was sitting by the stove, ducked his head and the ball cut a furrow through the scalp on the top of his head. The woman fired again, the ball going through his left hand, which had already been crippled by a gun shot wound received in the war of 1862.

Thereupon he rushed from the house going by way of the wood shed. Mrs. Griffin again fired but with no effect. When in the shed Mr. Griffin heard another report and returning to the house he found his wife lying prostrate on the floor in a pool of blood and unconscious. He then went across the road to a neighbors, Joseph DeForge, for assistance. Mr. DeForce returned with him.

Upon examination it was found that there was a bullet hole just above the temple on the right side of the face, the ball having passed above and back of the eye and lodged there. Dr. Hulburd was hastily summoned and dressed the wounds of Mr. Griffin. With the assistance of T. B. Williams he took Mrs. Griffin to the Fanny Allen hospital where she died Sunday morning. She regained consciousness before her death. The body was removed to Waterbury, her former home, Tuesday for burial.

The couple, Mrs. Griffin being about 60 years old and her husband, 78, had resided in Jericho for several years coming from Waterbury. Mr. Griffin was a Civil War veteran who enlisted in Company E, 16th Vermont, Sept. 3, 1862, at Whitingham and was discharged for disability on October 3d of the same year and receives a pension. **

Among the neighbors Mr. Griffin has the reputation of being a man possessed of a quiet disposition and rather set in his ideas and Mrs. Griffin as having a willful disposition, who at times acted peculiarly and suggested a disordered mind.

The Waterbury Record, 22 Jan 1913, had another rendition of the story.

** Webmaster's Note: the author confused the subject of the attack, Almon D. Griffin, a U.S. Sharpshooter, with Alfred B. Griffin, of Whitingham, who served in the 16th Vermont, and died within months of being discharged in 1863. 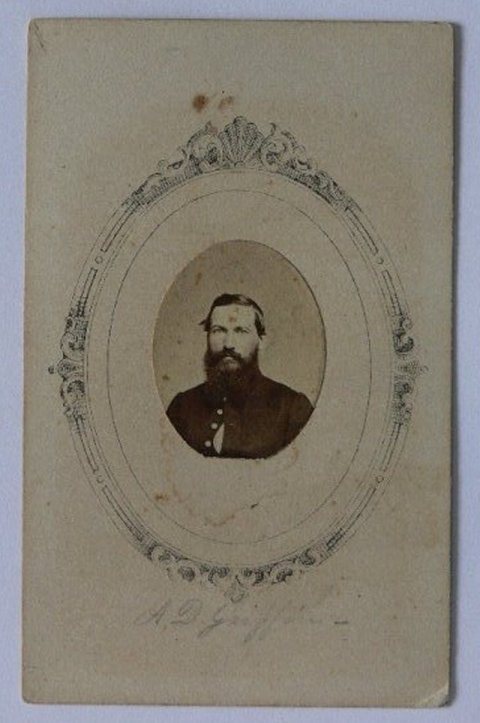