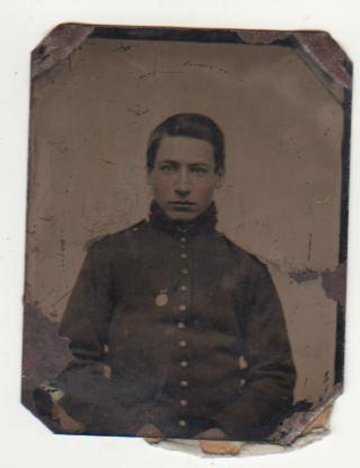 Clement Provost, aged 59 years, died at his home on Court street shortly after 1 o'clock this morning, having been ill less than two days. On Thursday he did not feel very well and in the afternoon a physician was called who said that he feared pneumonia would result, as his lungs were in a congested condition. He suffered considerable pain all day Friday but in the evening he seemed to be as well as he had been during the day and was holding his own through the night when death came suddenly at about 1 o'clock, caused by congested lungs and heart failure.

The deceased was born in Underhill, coming to this city in early life. He enlisted September 1, 1863 in the 3rd Battery of Vermont Light artillery and served until the close of the war. Upon his return, he entered the employ of the firm of C. H. Cross & Son and always remained with them.

On April 22, 1872, he was married to Miss Katherine Hurley, of Burlington, and seven children were born to them. Two of which survive him. They are Louise B. and Alice M. He is also survived by his wife, one sister, Mrs. S. Derveaux, of this city, and one brother Justin Provost, of Shirley, Mass.

The deceased was well known in this city by a large circle of friends by whom he was most highly respected.

The funeral will be held from St. Augustine's church at 9 o'clock Monday morning.