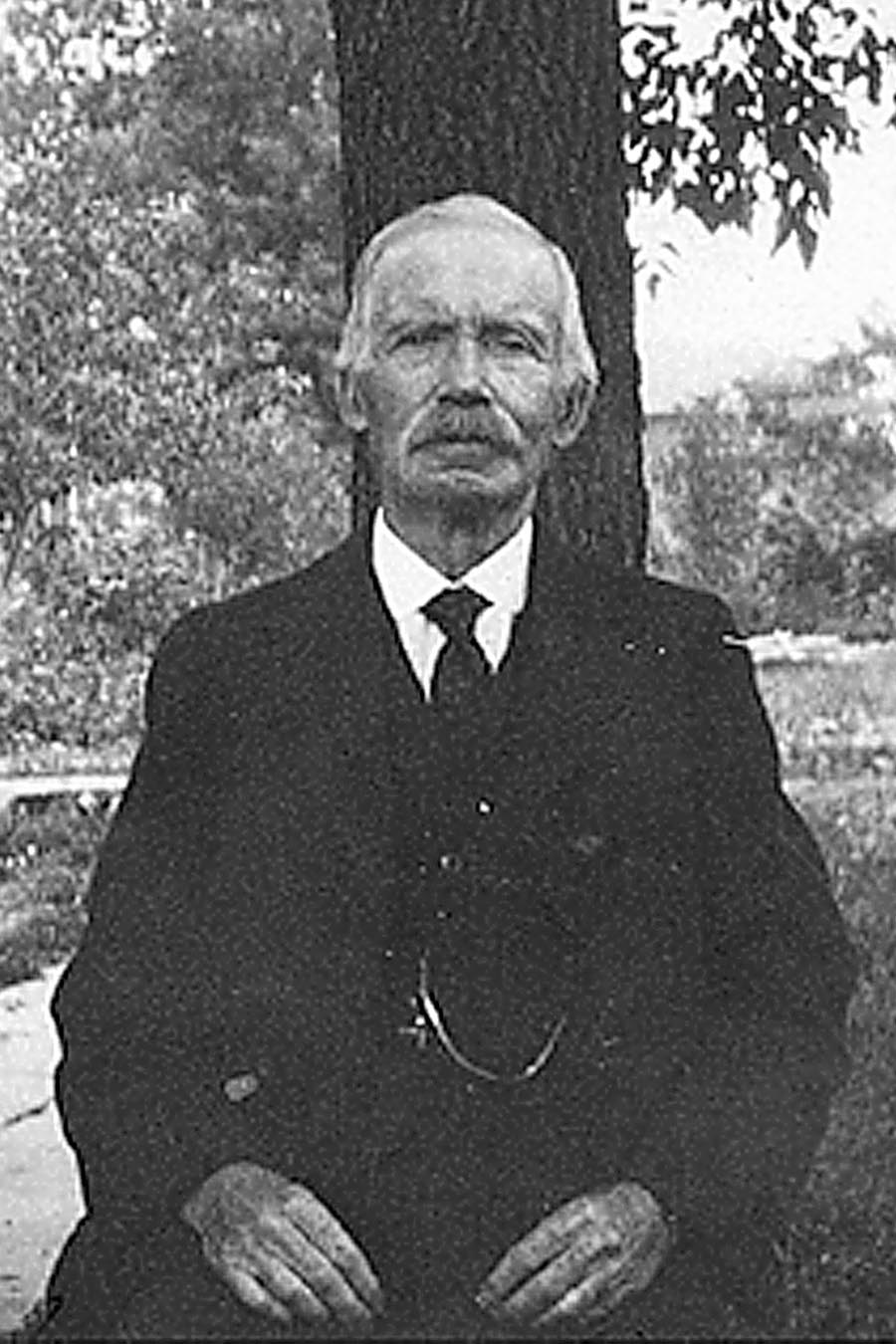 He enlisted in the Union Army, Company D, 11th Vermont Infantry as a private, 9 August 1862. He was transferred to Company E, 3rd Vermont Infantry, 2nd Brigade, 2nd Division, 6th Army Corps, and discharged as corporal, 19 June 1865. He took part in the several battles of his regiment, including Fredricksburg, Gettysburg, Winchester, Fisher's Hill, Cedar Creek, Wilderness, Spotsylvania, Cold Harbor (where he was wounded), and Petersburg.

On 10 October 1869, he married Pamelia Ann Randall, daughter of Foster and Rhoda Wheeler Randall, in Hyde Park, Vermont. She was born 10 Jun 1844 in Fayston, Vermont.

We know little of Charles' activities after the war until he shows up in the Duluth, St. Louis County, Minnesota 1889-1890 City Directory, listed as the owner of the C. H. Reed restaurant on 530 West Superior Street. Son Merton Henry worked as a waiter and cook and son Dana Charles worked as a clerk in the restaurant. Katie Griffith, younger sister of Ina May Griffith (who, in 1902, became Merton's wife), worked at C. H. Reed as a waiter. Charles continued to operated the restaurant until at least 1900, and about 1902, he removed to Hastings, Dakota County, Minnesota.

C.H. Reed, who is a member of the 3rd regiment, writes to his father, Charles Reed, of this town, on the 18th inst., and we are permitted to make the following extract from his letter:

"I have been where I was called after smartly, but they did not happen to hit me. We were ordered to go up in front; so we went up almost to the pickets and laid down on the ground, and laid there almost all day. The rebels sent shot and shell by the hundred, and many of them just passed over us. Our men were firing their cannon as fast as they could. The rattle of cannon was beyond description. We were between our batteries and the rebels'. The rebels made a charge on our battery. They came up as bold as a lion. I tell you that I laid closest to the ground, but then there were not many but that would. One ball cut a bush off close to my side. When they came up close to us we rose and let them have some northern bullets, and they turned and ran I tell you, to get out of our reach. After lying there all day we went to picket and laid flat on the ground all night, within a few rods of the rebels. We could no more move but what a bullet would be sent after us. I could hear the rebels load their guns. That was a long night to me. It was cold, but I did not mind that, but was looking out for the bullets. We all came back across the river,----what for I don't know. I don't think that we were drove back. We have had a hard time. I'm glad we are where we can have one nights rest.

I had some bad luck. We came back accross the river in the night, and went into the woods to camp, but did not put up our tents. We laid down on the ground, and in the morning my pocket was cut open and my pocket book and money gone. Many other boys lost their money the same night. One boy from Craftsbury, Vt. lost $39.00 that night.