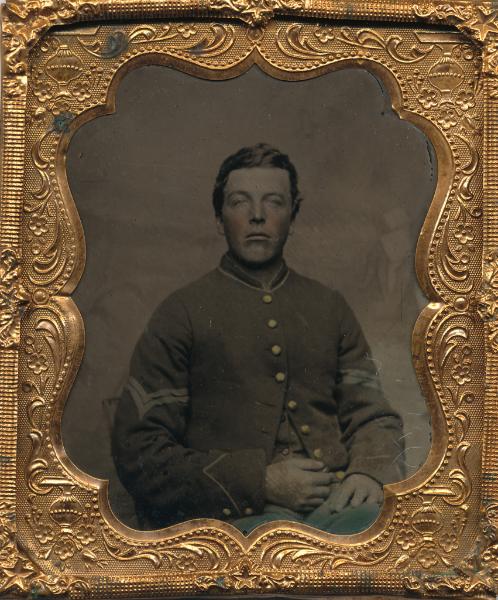 John N. Richardson passed away at his home in Richmond, Thursday afternoon, after a short illness. He was born in Waitsfield, August 5, 1845, the son of Elisha B., and Betsey Cutler Richardson.

On November 28, 18442, at the age of eighteen, he enlisted in Company H, Second United States Sharpshooters. In November 1864 he was promoted corporal and transferred to Company H, Fourth Regiment, in February, 1865. He was mustered out July 14, 1865.

Mr. Richardson was the last G. A. R. Veteran in the town of Richmond and was a member of Stannard Post, No 2 of Burlington.

The funeral services will be held at his late home Sunday afternoon at two o’clock with interment in the family lot in Waitsfield.