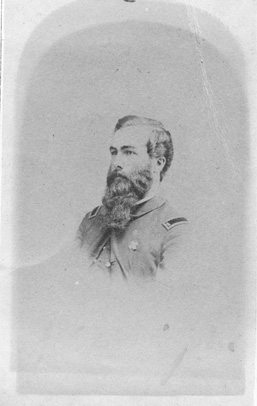 J. L. Harrington, M. D., was born in Windham County, Vt., in 1810 (sic). From the age of nineteen to twenty-two, he studied medicine and taught school alternately. He graduated in medicine June 3, 1862, from the University of Vermont, and soon commenced to practice at Weston. In 1861 he enlisted in Company I, Fourth Volunteer Infantry, and was subsequently promoted to assistant surgeon in the First Vermont Heavy Artillery. In 1866 he went to Halifax and resumed his practice, remaining there until 1881. During his residence there he was a member of the State constitutional convention in 1872. In 1878 was elected to the legislature, and was chairman of the State board of supervisors of the insane in 1879 and 1880. In 1881, on account of failing-health, he came west and located in Owatonna. On February 2, 1867, he was married to Mrs. Catharine Tenney, a native of New Hampshire. William E. is the name of their only son. Mrs. S. E. Nelson, of Owatonna, is a daughter of Mrs. Harrington by her former marriage. Dr. Harrington is a skillful surgeon and a splendid physician, and has a lucrative practice.

Source: History of Steele and Waseca counties, Minnesota : an album of history and biography, embracing sketches of the villages, cities, and townships : educational, civil, military, and political history : portraits of prominent citizens, and biographies of old settlers and representative men (1887), p. 201.