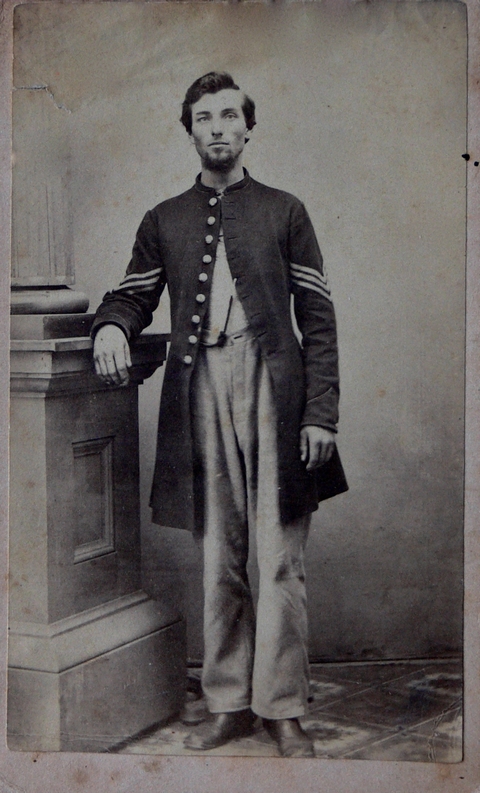 DEATH OF CHARLES A. SANDERS:

Charles A. Sanders, a well known and respected resident of Morrisville, died Monday morning at 2 o'clock at the State Hospital in Waterbury, where he has been receiving treatment for about a year. The funeral was held at 10 o'clock at Green Mount cemetery in Montpelier.

Charles Albert Sanders was born to Willard and Fanny (Hoyt) Sanders in East Montpelier, February 15, 1837, one of a large family of children. . He spent his younger days in that town, and enlisted from there in Co. G., 4th Vt., and later re-enlisted in the 3rd Light Battery, in the Civil War.

He was married 50 years ago last Sept. 2, to Amanda Davis. Three children were born to their union, Mabel D., who died August 11, 1868, Don. A., of Morrisville, and Dan L., of Burlington. The family moved to Morrisville in 1893. A large circle of friends in the vicinity extend sympathy to the bereaved ones.