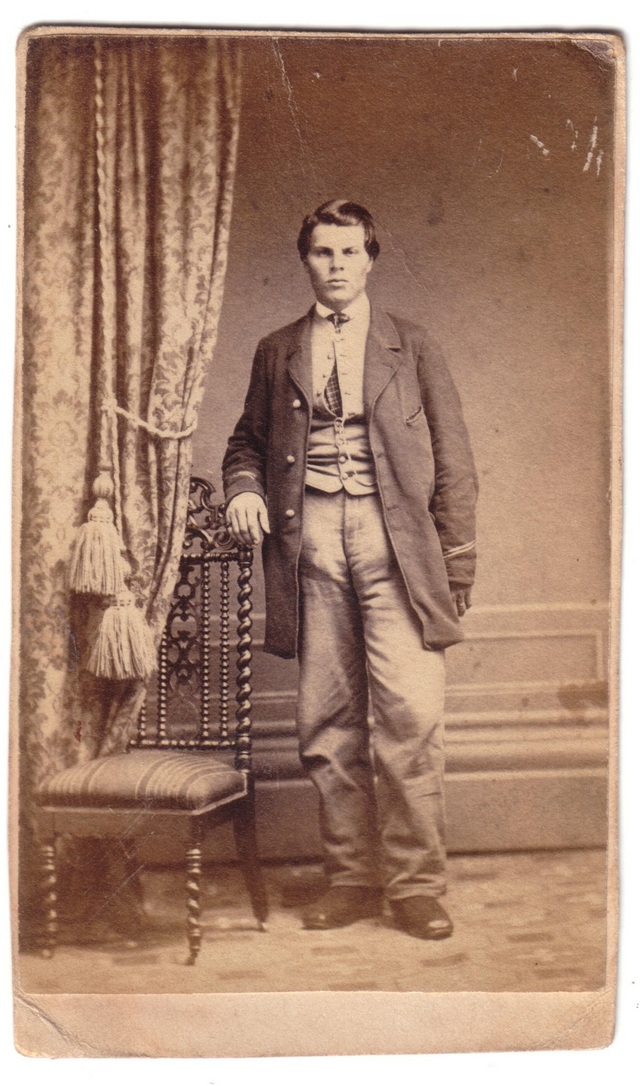 SAD ACCIDENT - Willard Squires [Squier], a young man residing in this village, and employed as a brakeman on the Rensselaer and Saratoga Railroad, met with a shocking accident in the depot yard at this place yesterday morning while engaged in shackling cars on the morning freight train from Rutland to Whitehall, by which he was instantly killed. Nothing definite is known concerning the manner in which he was killed, as no one witnessed it, though it is supposed that as the cars which he was shackling were nearing each other, one of his feet, which rested upon a rail, slipped, and in attempting to regain an upright position his head was caught between the "dead-woods" of the cars and crushed. When found he was quite dead, laying across the track, with his head horribly mangled.