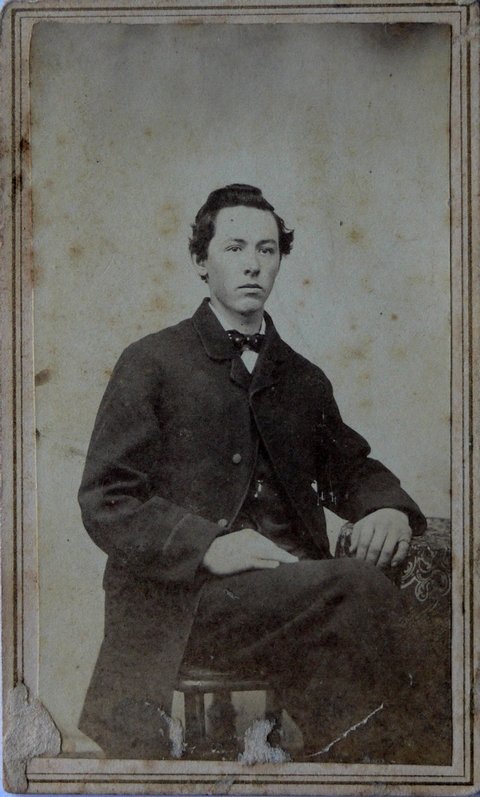 Company F, First Vermont Cavalry, And Published on the Anniversary of His Death.

(Born in Andover, Vt., April 14, 1843. Enlisted December 10, 1862. Wounded and taken prisoner at Ashland Station, Va., June 1, 1864. Passed away in Richmond, Va., from Hospital No. 21, which was under the supervision of Libby Prison, July 20,1864. His body is one of 5678 Union soldiers taken after the close of the war from the trenches in Richmond and various battle fields where they were first interred, and reinterred in the beautiful National Cemetery in that city. Small markers, each with a number, surround a granite monument on which is inscribed "To the Memory of the Unknown Dead.")