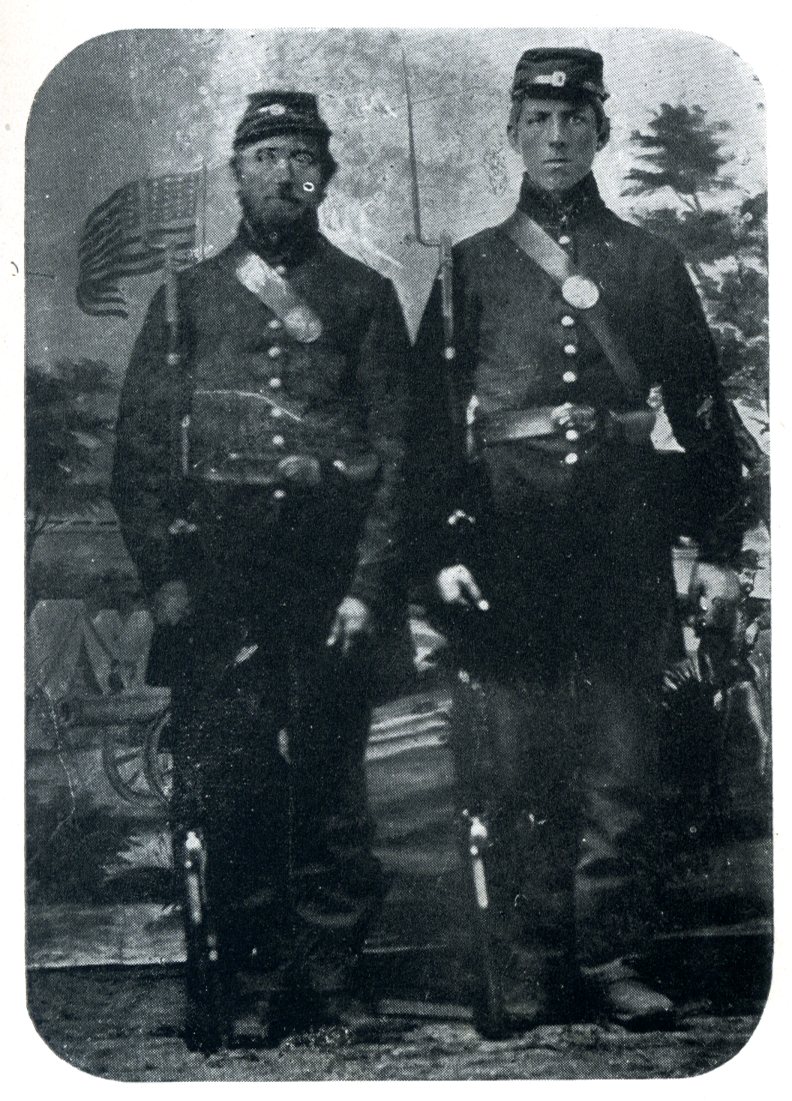 GEORGE H. SUNDERLAND volunteered from his native town, Highgate, on the 29th of August, 1862, and joined Highgate company on the day of the election of company officers at the age of 16, but erroneously reported on the rolls as 17. He was tall, lean and appeared and looked older than 16, was an active, fine looking young man, and appeared very anxious to be a soldier and join the army. He was a quiet and peaceable boy and at all times did his best to comply with the exacting duties of soldier life, talked but little, and was inclined to bashfulness and shyness. He tented with his father, and mingled but little with the company, except when on duty, but always friendly and pleasant. He took pride in keeping his person clean, and his clothing neat, tidy and in order. His gun, straps, buckles and buttons were always bright and glistening. He was a good shot, and for hitting the bullseye at target practice at Wolf Run Shoals camp, with one other of the regiment, was excused from duty by order of Colonel Randall for two weeks. Comrade Sunderland was taken sick with measles in camp at Wolf Run Shoals, but remained in his tent and was cared for by his father and soon recovered. He stood the march to Gettysburg very well, though like nearly all was nigh tired out and used up before reaching that field. I was near him during the battle and am now pleased to say that he was brave and fought as valiantly as any, and won for himself an enviable name and unstinted praise from his officers and comrades. It is difficult, as I now recall the scenes of that fearful struggle and all that we passed through to comprehend how one so young could have so manfully and courageously endured such a test of Impending danger.

Comrade Sunderland was mustered out with his regiment at Brattleboro, Vt., July 21st, 1863, and returned home, went to school for a while, and in due season married, and was happy. His health failing he went to Florida in 1875, hoping to recover, and died there December 13, 1875, and was there buried, and reliable information comes from friends there that on each Memorial Day beautiful flowers are scattered over his grave and the flag he so valiantly defended is raised above his remains as a token of respect for one who volunteered that his country might survive. A war time picture of George H. will be seen on page 417, taken with his father while they were both in the service.