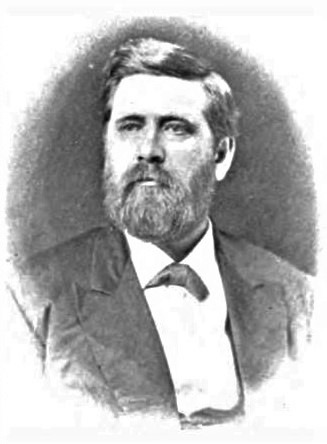 JOHN C. HOLMES, son of John and Hepsey (Cutter) Holmes, was b. at Springfield, April 2, 1827. He enlisted in the army and served as 2d lieutenant of Co. E, First Vermont Cavalry. From 1863 to 1874 he was employed in the Post Office Department at Washington, D. C, and during the last years of the war rendered efficient aid and comfort to many of the Vermont soldiers in hospitals in and around Washington. He afterwards engaged in manufacturing in Springfield (see John C. Holmes & Co.), where he d. July 26, 1884.

He m. 1st, Marcia Kimball, daughter of George and Abigail (Bisbee) Kimball, Ch.:
I. Otto Kimball, d. at the age of 9 years.
He m. 2d, Rebecca Safford, daughter of Noah and Nancy (Tower) Safford. Ch.:
II. Henry Bigelow, b. in Washington, D. C, May 12, 1868. He is secretary and treasurer of the John C. Holmes Manufacturing Co. and of the Springfield Electric Light Co., and president of the Springfield Village Corporation. He m. June 4, 1890, Evelyn M. Quimby, daughter of Curtis and Martha (Gallagher) Quimby of Lyndon, Vt.