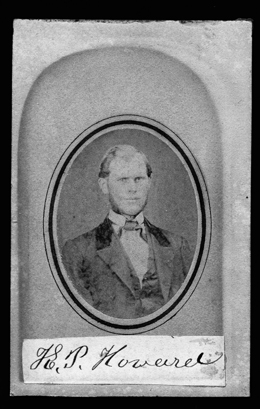 Lieut. (Adoniram J.) Howard, acting Quartermaster of the 8th Vermont Regiment, has died of brain fever on the 16th ult., and was buried on the 18th. The Delta says that he was a good officer, and his death produced much sadness throughout the regiments. M. L. Sheldon, ward master of the 8th Vermont Regiment, writes home to the Newsdealer that Lieut. (Job) Green of that regiment is very ill, and speaking of the prisoners of that regiment which have lately been paroled for exchange he adds; they have seen rather hard times, some of them having no blankets, and very poorly supplied with clothing, consequently they were poorly prepared to endure the rainy season, or southern winter.