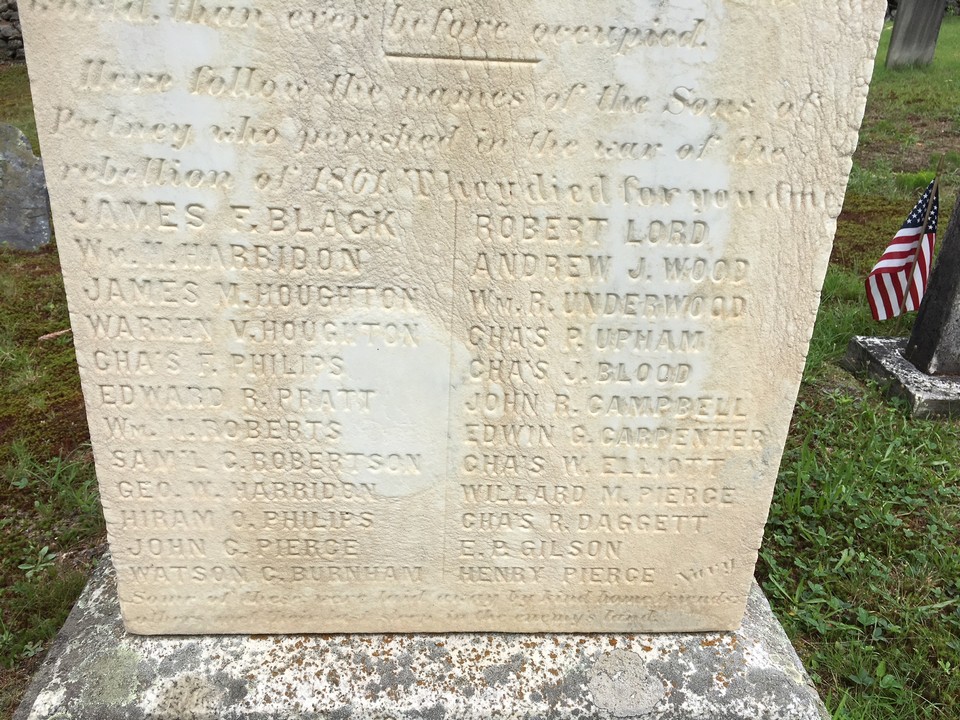 Check the cemetery for location/directions and other veterans who may have cenotaphs there.

MR. EDITOR -- Below is a record of all the deaths that have occurred since the time above stated, with the exception of a few cases of varioloid, which have not been sent to us from General Hospital as yet. I will give their names and age, with the disease, and the date of their death.
...
William Underwood, Battery G., aged 25 years, of typhoid fever -- buried at Soldiers Home, Oct. 17, 1862
...
The above is a true record of all that have died in our hospital, as before stated, making in all ninety-three cases in one year and a half. Perhaps some may think this is a pretty large amount of sickness and death in so short of time; and it seems that thus it is. I have been connected with the hospital department all the time, with an exception of a few weeks. We have things very convenient at present, so that the sick are, and can be well taken care of, and I think they do have all done for them that can be for the place.