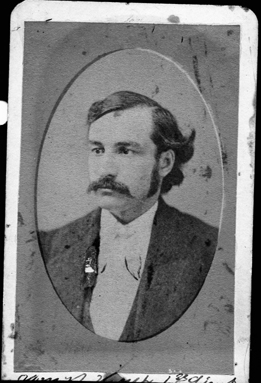 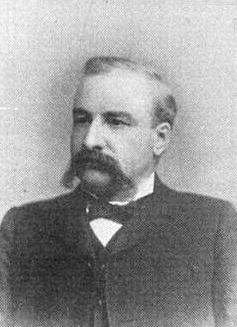 LIEUT. WILLIAM ROMEO HOYT. William R. Hoyt, son of Hon. Romeo Houghton, and Betsey Dana (Ainsworth) Hoyt, was born in St. Albans, Vt., March 17, 1845. He attended the schools of his town, and entered the University in the fall of 1860, remaining until July 1, 1862, when he was discharged to enter the United States Military Academy at West Point; was a member of the 8 X Fraternity.

On September 23, 1863, he entered the volunteer service and was assigned to the 10th Vermont Infantry, where he served for some time, as sergeant-major; was promoted 1st and 2d lieutenants, respectively, of companies C and A and on June 29, 1865, was mustered out of service in command of his company. He served with his company in the 6th Army Corps, Army of the Potomac, and participated in the battles of that army.

He studied law with Bailey and Davis, attorneys, and was admitted to the bar at St. Albans, Vt., in 1867; and in 1868 located in Chippewa Falls, Wis., where he practiced his profession, being associated with Congressman Jenkins and Governor Bingham of that State until 1889, when he was appointed by president Harrison as one of the four United States Commissioners for Alaska. He held this office four years and then returned to Chippewa Falls. In 1906, he was appointed United States Commissioner for Indian Territory, a court having civil and criminal jurisdiction, and at present is located in Muskogee, Okla., his home.

He is a Republican in politics, and has held many positions; was city attorney of Chippewa Falls, Wis.; municipal judge, county judge of Chippewa County and district attorney of that State. He is a member of the Masonic, Knights of Pythias, I. O. O. F. lodges and the G.A.R. Post, serving for some time as judge advocate of the Department of Wisconsin.

He was married November 18, 1874, at Eau Claire, Wis., to Lenora Nelson, a native of Palestine, Pa. One child was born to them, Romeo Nelson Hoyt, born November 27, 1878, now a resident of Fairbanks, Alaska.